Mathew Fraser’s assault on the CrossFit Games record books continued Saturday as yet another record fell to the reigning, defending four-time Games champion. With his clean sweep of the four events during Day two of the Games, Fraser has now won six-straight events, setting a new record for consecutive event victories that was broken by Tia-Clair Toomey yesterday.

Fraser’s streak started with his victory in the Handstand Sprint yesterday afternoon and continued into Saturday with victory after victory, concluding the day with a dominating win in event nine, Happy Star. Jeffrey Adler, who handed Fraser his only event loss of the weekend, was the only athlete to threaten Fraser during the day, giving the champion a run for his money in event eight, the Bike Repeater, but faltered during the final 220 meter bike sprint of the race. Here’s a look at the six consecutive events Fraser has won:

One big thing: Fraser has won eight of the nine events during Stage 2 of the Games, falling just seven pounds short of a sweep of every event this weekend. His chances of extending his consecutive event wins record shows no signs of slowing down as he continues to dominate every challenge that Director of Sport Dave Castro has thrown at him with one just more day of competition ahead.

May 19 by Lauren Kalil
More About Mathew Fraser 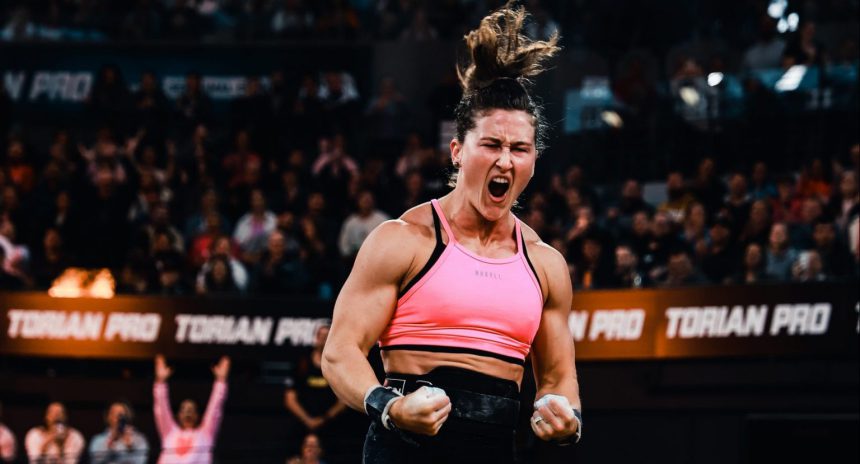