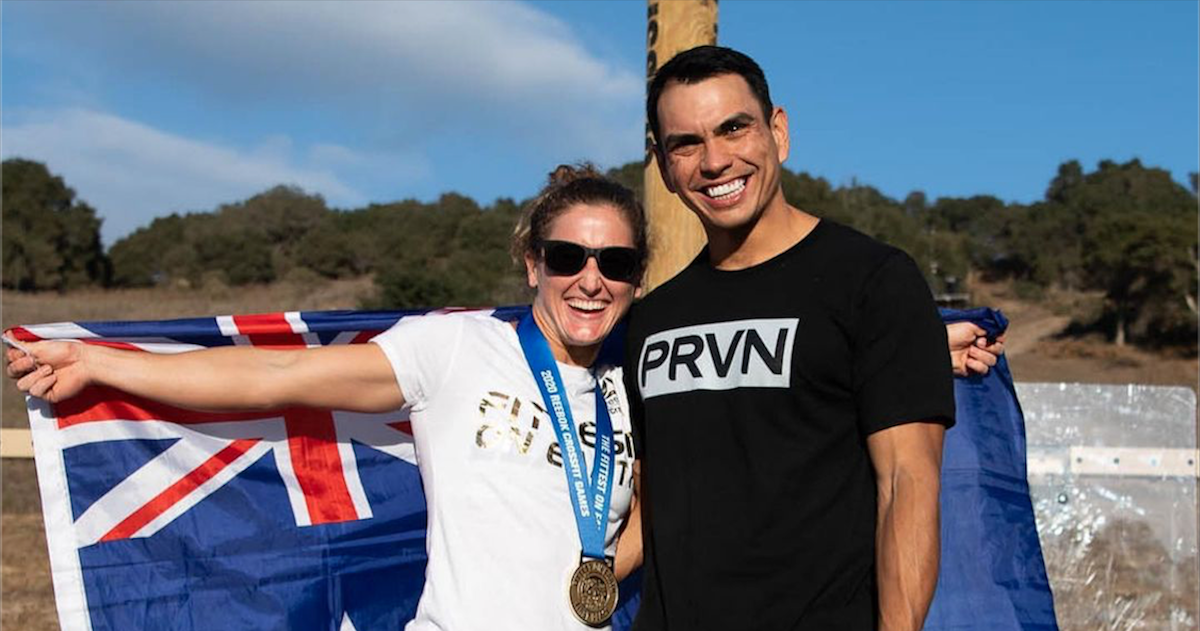 The CrossFit season is about to start, and PRVN Fitness has stocked up on talented athletes in order to make some noise. The camp that started with four-time champion Tia-Clair Toomey now has an experienced roster featuring CrossFit Games veterans from both the male and female divisions.

Remind me: Shane Orr released his PRVN Fitness program years ago, but it became a household name during the COVID-altered 2020 season. The Instagram account began posting workouts for followers to test in April, many of which had the label of “Tia-Clair Toomey’s Daily Programming.” Following the 2020 CrossFit Games and Toomey’s fourth straight title, the camp began increasing in size. The first addition was six-time Games competitor Brooke Wells, who finished fifth in 2020 and then amicably parted ways with longtime coach Ben Bergeron and his CompTrain program.

From Krypton to Tennessee: The second athlete added to the PRVN roster is a man known for his athletic abilities and ability to lift heavy weights. Alec Smith made it to the Games in 2017 and 2018 as an individual after impressive performances at the Atlantic Regional but pursued an Affiliate Cup championship during the 2019 season. The CrossFit Krypton team finished second to CrossFit Mayhem Freedom.

The comeback continues: Will Moorad, the man who programs for CrossFit Trivium in Brentwood, finished 14th at the CrossFit Games in 2014. He was poised to take on the world and become a household name, but a misdiagnosis forced him to miss five years.

The complete Tennessee team: When PRVN added Wells, Smith, and Moorad, there were immediate questions about the fourth member of the Brentwood squad. PRVN answered these questions by adding 26-year-old Streat Hoerner.

One more addition: While the majority of PRVN members reside in Tennessee, the newest athlete hails from Australia. The team announced on Feb. 21 that James Newbury was the newest person added to the fold. Next to Toomey and Wells, the 30-year-old has the most experience of the group.

Coaches are critical: PRVN Fitness has a stacked roster of athletes, but they are not the only new additions to the team. Orr has taken time to build up his coaching staff. Former CrossFit OC3 coach Nic Johnston was the first to join the fold. Colorado’s Dwight Upshaw, the head coach of CrossFit Sanitas, was the second. CrossFit Torian’s lead coach, Will Kearney, rounded out the group in late February.

Bottom line: There is a considerable amount of Games experience on the PRVN team, as well as a championship foundation. Orr and Toomey have already partnered for four championships. Adding several other talented athletes to the camp just raises expectations even more and creates excitement about the upcoming season.