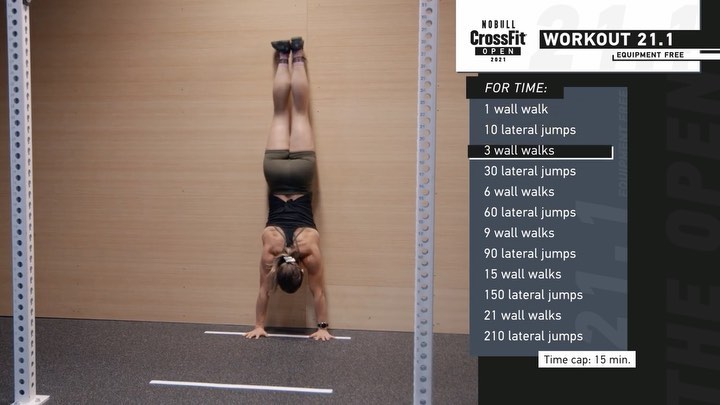 The 2021 Open is officially underway, and to quote Samuel L. Jackson from the cinematic classic Jurassic Park: “Hold onto your butts.”

Thursday night’s 21.1 announcement kicked off the 11th year of the Open, and the first in a new era marked by new ownership, a new system, and a new (read: old) approach to the media coverage of the sport.

Personally, this will be my 11th turn at the CrossFit Games Open, and my first as a newly minted masters athlete. As the saying goes, if at first you don’t succeed, wait a decade until you age up into a masters category, then try again.

Kari Pearce and Kristi Eramo were the first athletes to tackle 21.1 in the announcement broadcast, and it was certainly nice seeing a multi-faceted live broadcast return with all the familiar faces and bells and whistles that made the announcements must-watch events in the first place.

Dave Castro did not disappoint, revealing the workout with the methodical pacing and questionable syntax that has become his trademark, and including a new movement that I would bet all of King Midas’ silver that no one saw coming.

21.1 has Kari Pearce’s name written all over it, and despite Eramo-O’Connell hanging close through the early rounds, the sheer volume of 55 wall walks meant the woman who has been training upside down on her hands since the age of three would win out eventually.

Adrian Bozman, Rory Mckernan, and Dave Castro did the workout after the show, and while I will not reveal who won, I will say this: at one point Castro came off the wall, only to proudly proclaim after being asked where he was that he was finishing the round of 12.

I had the pleasure of tackling the workout alongside my constituent Sean “The Voice” Woodland. Both of us are over 6’0’’ tall, over 200 pounds, and are card-carrying members of the “Rigshakers Club,” so this workout was not in our wheelhouse.

I think Castro and the Games team knocked this one out of the park. Given the conditions of the world right now there are a few things that I feel should be the priority for the week one workout: inclusivity (also read: accessibility) for the broader community, simplicity of structure to ease the burden on affiliates, and enough meat on the bone for there to be separation amongst athletes of all fitness levels.

Good luck with 21.1, be safe, roll out those shoulders, and do not be afraid to embrace scaling if getting upside down is a stretch for your fitness journey at this point.

See you in week two.