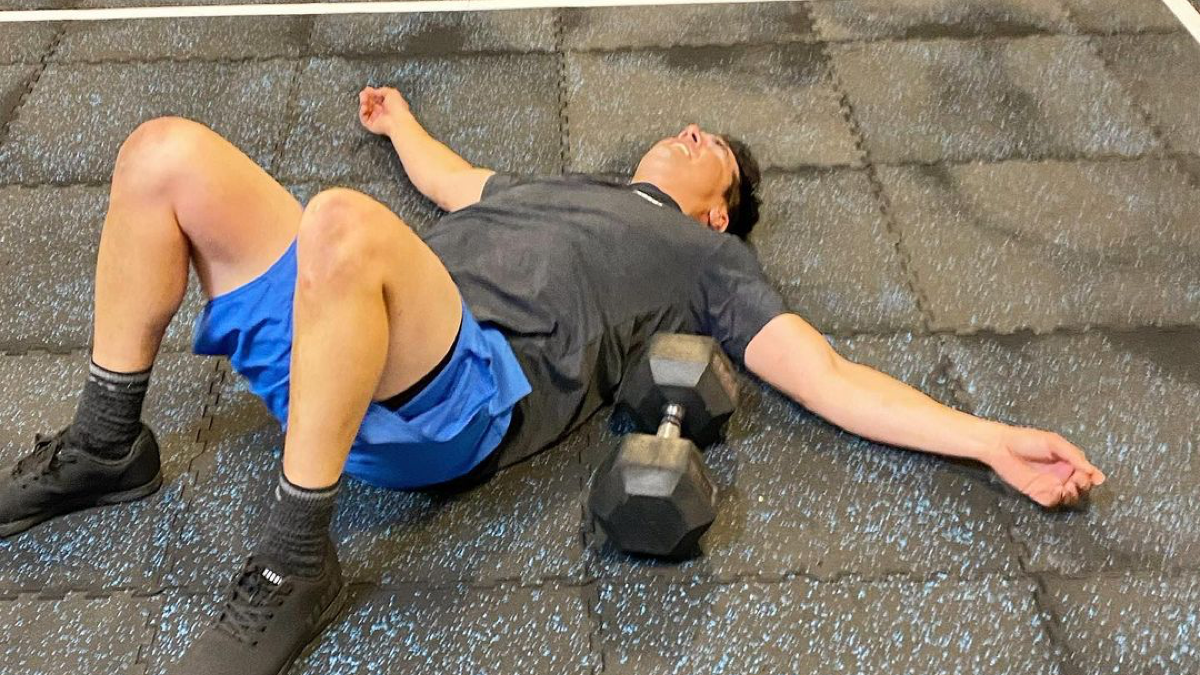 Finally, in our Quarterfinals preview series is the North America continent that is by and large the biggest continent in terms of participation and representation at the Semifinals, and historically has been a behemoth in terms of presence at the Games.

In total 6,594 women and 7,410 men are eligible to compete in the Quarterfinals from North America – more than double that of Europe which stands as the next closest continent. With four Semifinal events on tap for the next stage in North America, 120 men and 120 women will eventually make it through Quarterfinals when the weekend is finished.

Which means only 1.8% of eligible women and 1.6% of eligible men will make it through to the next round making it the lowest advancement percentage of any continent despite having the highest registration totals and gross number of Semifinal spots.

In keeping with the flow of my esteemed colleagues, below are some athletes to watch that may differ categorically in their competition experience, but are worth keeping an eye on based on their current placement in the top 120.

The battle-tested: The North America continent is chock-full of familiar names that have continued to qualify year after year or have multiple finishes in the top 10 at the Games: Kristi Eramo-O’Connell, Brooke Wells, Haley Adams, Kari Pearce, Amanda Barnhardt, Bethany Shadburne, Carol-Ann Reason-Thibault, Becca Voigt-Miller, Alessandra Pichelli, Lauren Fisher, Chyna Cho, Cassidy Lance-McWherter, and Tennil Beuerlein all fit the fill with the latter two working their way back from pregnancy.

Games athletes verging on elite: Some of these athletes may have qualified for the Games before, but do not have the body of work (yet) that some of the previous women do. Barring something crazy, they should make their presence felt in the next round: Dani Speegle, Danielle Brandon, Chloe-Gauvin David, Carolyn Prevost, Kristine Best, Mekenzie Riley, Mandi Janowitz, Paige Semenza, Emily Rolfe, Kendall Vincelette, Feeroozeh Saghafi, Taylor Streid, Brenda Castro, Stephanie Chung, Meg Reardon, Kelley Jackson, Mckenzie Flinchum, Carrie Beamer, and Alex Parker highlight just how rich the talent pool is with athletes that have individual Games experience.

Young guns: More so than any other year, there is a presence of teenage athletes, and young women whose careers are still in their infancy at the top of the leaderboard both on the worldwide stage and in a top spot for their continent. Emma Cary, Mallory O’brien, Emma Lawson, Paulina Haro, Shelby Neal, Sydney Michalyshen, Olivia Sulek, Freya Moosbrugger, Anikha Greer, Paige Powers, Kaela Stephano, Adison Balderston, Alexis Raptis, Faith Ferguson, Rebecca Fuselier, Elena Budz, Lindsey Porter, Lexi Neely, and Chloe Carano are all 22 years-old or younger and already fitter than 99% of the women worldwide in the Open.

Sanctional and Regional Participants: This is the relative blind spot of the competition, where certain athletes have found success at higher level competitions like Regionals in the past, or the elite divisions of a Sanctional in recent years such as Amy Morton, Kelly Clark, Kloie Wilson, MaryKay Dreisilker, Baylee Rayl, Bailey Meraviglia, Allison Scudds, Nicole Mghenyi, and Breona Wallin just to name a few.

Athlete spotlight: One athlete in particular that deserves some recognition that most people might not recognize is 43 year-old Joey Kimdon. Kimdon is the reigning CrossFit Games champion in the women’s 40-44 division and finished 64th in North America as an individual. She’s in a prime position to make it to a Semifinal, and at 40 years-old qualified and competed at the 2018 West Regional where she finished 33rd overall. Despite only being 5’1” 125 pounds she repeatedly punches above her weight in competition with athletes that are more than a decade younger than her.

The battle-tested: Just as it was in the women’s division, you should recognize all of these names and expect to see them both at Semifinals and likely at the Games in July.Scott Panchik, Noah Ohlsen, Patrick Vellner, Brent Fikowski, Cole Sager, Travis Mayer, Ben Smith, and Samuel Kwant should surprise no one in the sport if they end up toward the top of the leaderboard again at the end of the season.

Games athletes verging on elite: For the men’s division this includes athletes at various stages of their competitive careers, some towards the back side of their time towards the top of the sport, others trying to build off of some newfound success. Jeffrey Adler, Saxon Panchik, Samuel Cornoyer, Logan Collins, Cody Anderson, Tyler Christophel, Brandon Luckett, Mitchel Stevenson, Connor Duddy, Scott Tetlow, Tim Paulson, Aaron Hanna, Chandler Smith, Justin Medeiros, Streat Hoerner, Rogelio Gamboa, Alexandre Caron, Pete Shaw, Alex Vigneault, Kyle Kasperbauer, Eric Carmody, Jeff Patzer, Dan Bailey, Jason Carroll, Sean Sweeney, Marquan Jones, Alec Smith, Will Moorad, and Jordan Troyan formulate a ridiculously deep pool of athletes with Games experience under their belts, and that could finish anywhere from a podium spot at the Games, to a first heat spot at a Semifinal.

Young guns: Although not a heavily-laden as the women’s division, there is still a decent presence of teenage athletes and up-and-comers that have a lengthy competitive runway ahead of them. Cole Greashaber, Frank Minervini, Dallin Pepper, James Sprague, Spencer Arey, Garrett Clark, and Logan Ewing have all found significant success early in the 2021 season, all before their 23rd birthday. The list grows by another dozen or so athletes if you expand to athletes 23 years-old or younger, which only stands to prove that the next generation of athletes is already banging on the door to come in and have a seat.

Sanction and Regional participants: Similar to the women’s division there is a significant chunk of athletes towards the top that have experience at Regionals and Sanctionals across their career and will likely be in the mix even late into the Semifinal weekend. Cedric Lapointe, Colton Mertens, Spencer Panchik, Mitch Wagner, Jake Berman, and Josh Gervais lead a pack of nearly two dozen athletes that could raise an eyebrow by the end of Quarterfinals and potentially shake things up in a couple months.

Athlete Spotlight: Alex Vigneault is a curious case sitting in 66th overall in North America after the Open. At his best, Vigneault was a top 10 athlete at the Games, and was the only athlete not named Mat Fraser to have the overall lead at any point during the 2016 CrossFit Games, leading after the Ranch Deadlift Ladder. He’s taken time away from the sport to pursue other careers, but still possesses the talent to be a factor late in the season. He’s worth keeping an eye on this weekend