Matthew Greene’s CrossFit Journey Led Him to a Police Career, Jiu Jitsu Titles and the MACC 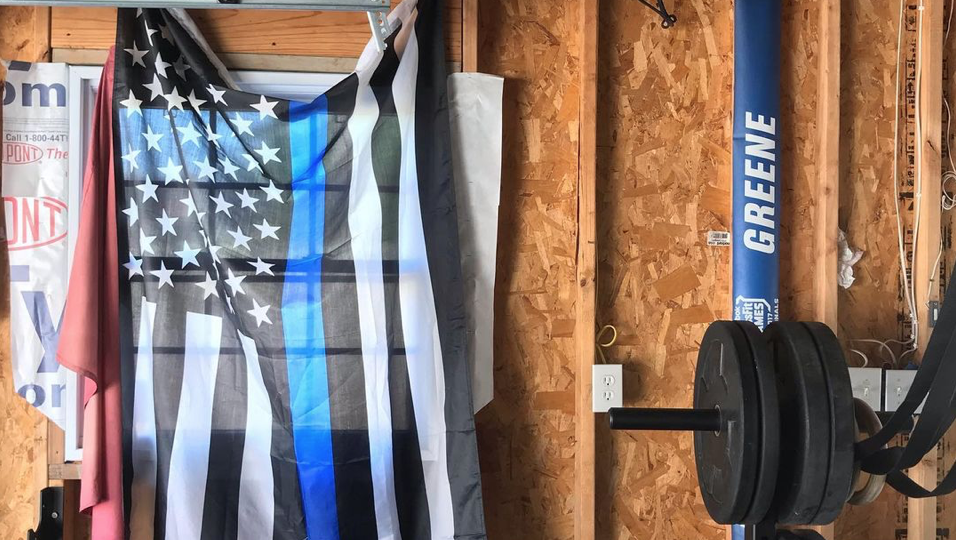 This weekend’s Mid-Atlantic CrossFit Challenge will bring together 140 athletes from various walks of life and career fields with CrossFit being the common denominator.

One of those athletes will stick out a little bit more than the others. Standing at 6’1” and weighing in around 220 pounds, is Matthew Greene, but what might make him stand out more than his size is that over the course of the three-day NOBULL CrossFit Games qualifier competition he will be wearing a shirt not only representing his career as a officer for the St. Louis Police Department but also remembering a fellow officer who passed away.

The journey: Calling Greene unique amongst the field of athletes is nothing new for the former collegiate All-American wrestler. His path to the MACC has been an interesting one, one that started during the summer of 2014 when his mentor and former Lindenwood wrestler Randy Vanderveen invited Greene to train with him in what he called a “new style” of training. That “new style” was CrossFit and Greene was hooked.

A detour into MMA: Greene still longed for competition and found that in Mixed Martial Arts particularly Brazilian Jiu Jitsu, something he did in the past but not seriously enough to compete. He quickly caught on again and excelled in this new discipline.

A functional athlete: Greene knows what it takes to be a full-time competitive athlete but had to change his approach when he joined the police force. This new approach has changed the type of athlete he is now versus when he competed regularly.

Protect and serve: Being a police officer these days especially in a city that has had its fair share of social activism and anti-police demonstrations has not been easy for Greene. He is often asked the ‘how’ and ‘why’ he continues to be a police officer. It’s something he has admitted he has struggled with.