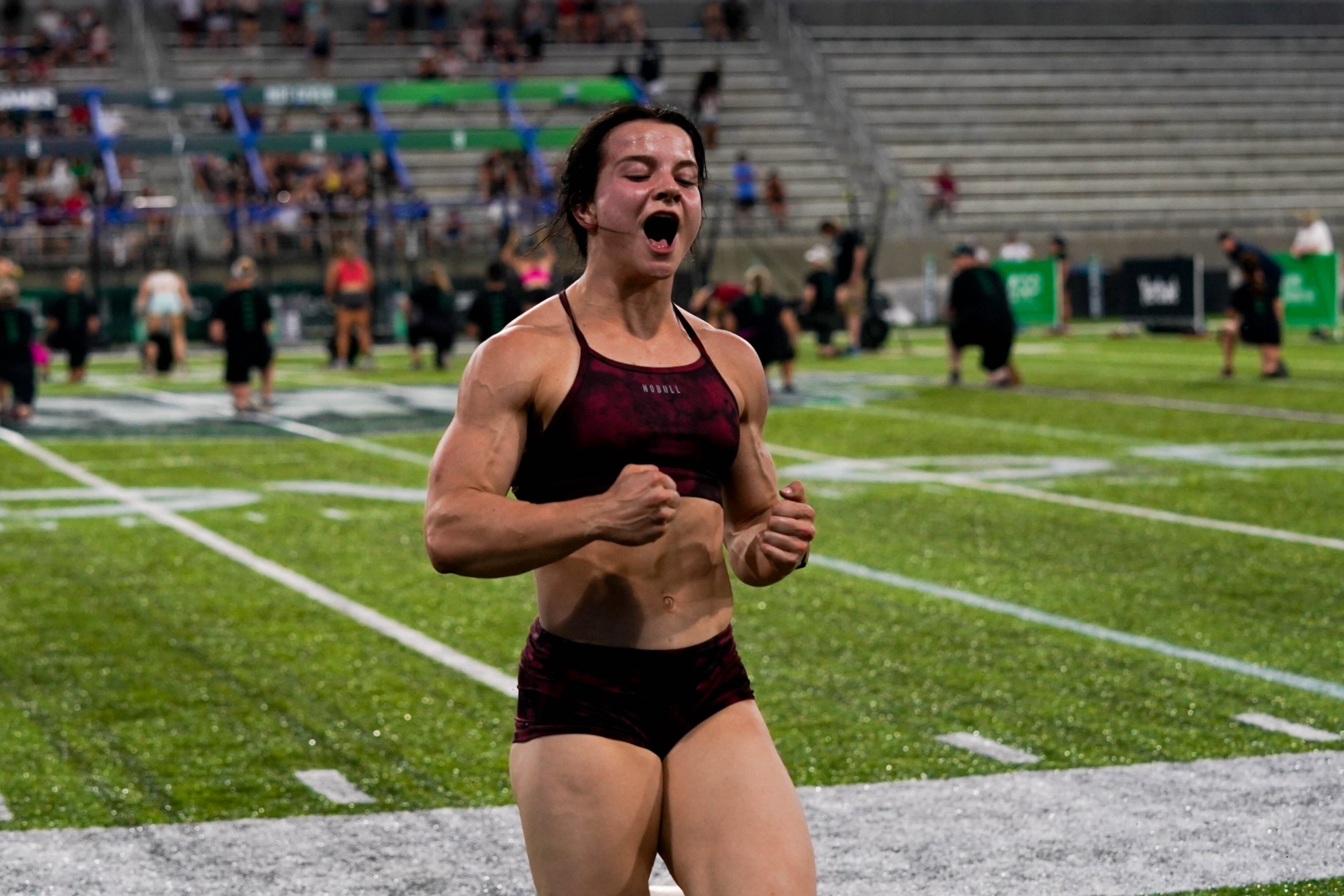 The story coming into this weekend was about two teenage girls –Mallory O’Brien and Emma Cary). They had an impressive first day, but that paled in comparison to the spectacle that was day two.

Event three featured ring muscle-ups, squat cleans, burpees and the torque tank, a workout with plenty of opportunity to expose weakness. Event four was all about the shoulders —  handstand walking, ski erg, and deficit handstand push-ups — another test of skill and time under tension. Both girls answered all questions thrown their way. O’Brien swept the day giving her three straight event wins. Cary was right behind her taking second on both events and three out of four top four finishes.

Veterans Kristi Eramo O’Connell and Alessandra Pichelli find themselves in a bit of a precarious situation. They occupy the sixth and seventh spots on the leaderboard, and if they don’t make a move tomorrow will have to fight for their Games spot at the Last Chance Qualifier — something neither of them has any intention of doing.

There’s been much more parity on the men’s side, perhaps with the exception of Colten Mertens. After a 20th on the snatch in event one, he’s gone first, first and third, good enough to find himself second overall at the end of day two.

Ahead of him is Saxon Panchik who, despite not winning any events, has methodically executed each workout and finished inside the top seven on all four tests. Similarly, veterans Chandler Smith and Tim Paulson have ridden consistency to positions near the top of the leaderboard.

However, the biggest move of the day was made by 2020 Games rookie Scott Tetlow. A third place on event three, and an event win on event four vaulted him to a top five position as well. That event win was the first of his career at this level.

Event Three “Worm DT”: Early in the day, teams were able to showcase their teamwork starting with Worm DT. Similar to Mayhem’s climb from the week before, the top seeded team coming out of Quarterfinals, I1UVIT, who started the day in eighth place raced out to an early lead and were able to hold on for the event win. Underdog team 8th Day Gym continued to perform well taking third in the event and found themselves in second overall at that point

Event Four “We Work, You Run”: Not only were shoulders burning from the heat on day two, but also from the high volume gymnastics at the beginning of event two. I1UVIT continued to prove the power of moving day, taking another event win and fighting back  into a qualifying spot after two days.

While I1uvit was undoubtedly the story of the day, Omnia is dominating the competition, they’ve only had one event win, but four other second place finishes finds them 79 points clear of the field with one day remaining

Looking forward to day 3, only 33 points separate spots two through six, and there are only four spots available for those five teams, meaning everything is still there to fight for tomorrow!

Leaderboard at the end of day two: