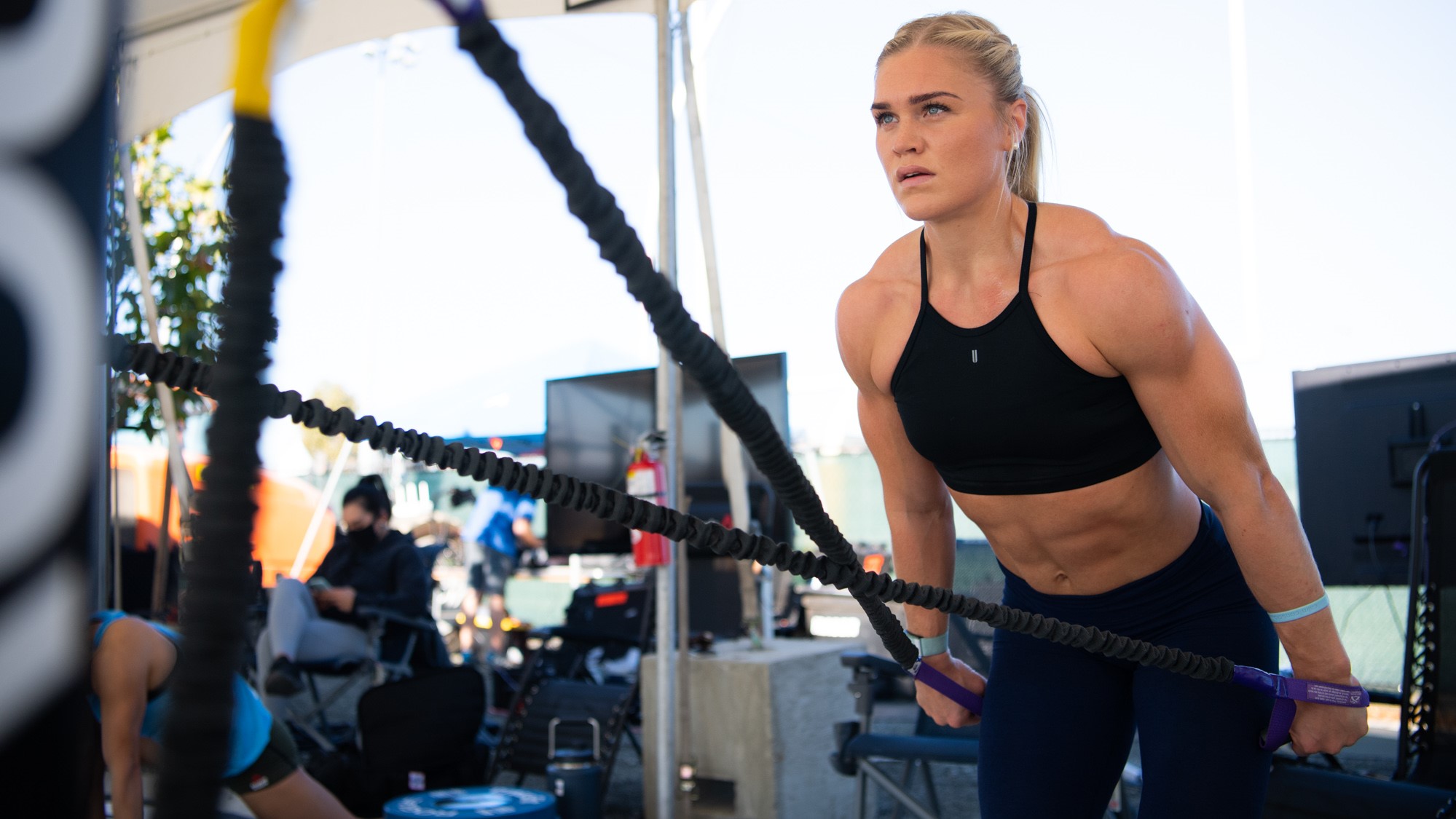 Week three of the CrossFit Semifinals kicked off on Friday, June 11, with completely virtual events. The CrossFit German Throwdown hosted half of the European athletes and teams as they fought for a limited number of spots in the 2021 NOBULL CrossFit Games.

Heading toward the virtual event, there were three big names drawing attention — Katrin Davidsdottir, Samantha Briggs, and Kristin Holte. Though several others had the opportunity and talent to punch their tickets to the Games. Holte turned in one of the best performances on the first day, setting herself up for a fantastic weekend.

Holte showcased her skills in Friendly Fran, a workout that originally debuted during Stage One of the 2020 Games. She finished with a time of 4:45, good enough for third overall. Holte then posted the fastest time in Event two, posting a time of 11:18 and edged out the United Kingdom’s Evie Hollis (11:32), who sits in third place after the first day.

Norway’s Jacqueline Dahlstrom increased her chances of reaching the 2021 NOBULL CrossFit Games with a strong performance on day one. She racked up 192 points — moving her into a tie with Holte for first place — by winning Friendly Fran and finishing third in Event 2 with a time of 11:51.

There are technically six women in the top five after the first day of competition. Finland’s Emilia Leppanen sits in fourth place with 160 points after taking sixth in both events. Former CrossFit Games champions in Briggs and Davidsdottir sit in a tie for fifth with 148 points.

Finland’s Jonne Koski entered the Semifinals weekend as one of the favorites to win and punch a return ticket to the CrossFit Games. He performed as expected during the first day, taking second in both events and racking up 192 points. Serbia’s Lazar Dukic took second place with 180 points after finishing sixth in Friendly Fran and winning Event two.

Greece’s Giorgos Karavis took third place with 172 points after performing consistently during the first day of workouts. He took third in Friendly Fran with a time of 3:39, finishing two seconds behind Koski. He then finished Event two sixth.

The CrossFit German Throwdown features several teams with experience at Regionals, Sanctionals, or the CrossFit Games. CrossFit Oslo Wolfpack headlined the list, and the team responded by taking the top spot on the leaderboard with a second-place finish in Event 1 and a win in Event 2. The Athlete Program performed at a similar level, taking third in Event 1 and second in Event 2.

CrossFit Genas entered the weekend with a former Games athlete (Carole Castellani) on the roster. The team won the first event with a time of 7:01, 12 seconds faster than CrossFit Oslo Wolfpack. CrossFit Genas then turned in a sixth-place finish in Event 2, resulting in 175 total points on the first day.

Unlike the male and female divisions, there were no ties in the top five. AOD Fitness racked up 165 points after posting top-five finishes in both events. Team Butchers Lab rounded out the group by finishing fourth and seventh in the first two events, respectively.

On tap for day two: The individual and team athletes will have to take on two more events during the second day of the CrossFit German Throwdown. The first will be a triplet consisting of muscle-ups, dumbbell front rack lunges, and double-unders. The only difference is that the individuals will do the muscle-ups first while the teams will complete them last.