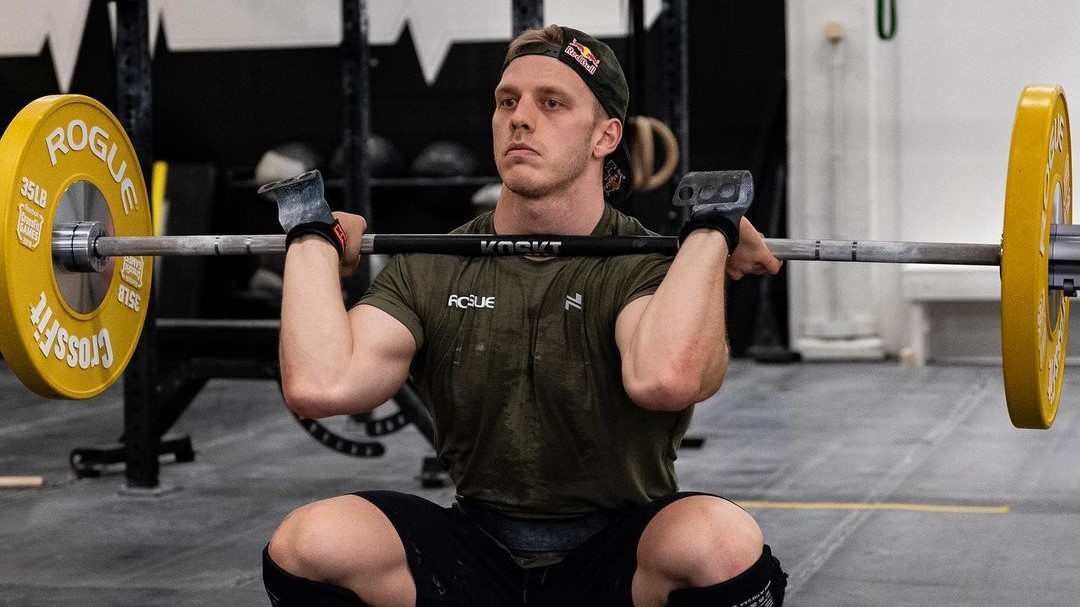 Week three of the CrossFit Semifinals continued on Saturday, June 12, with two more events for individuals and teams taking part in the CrossFit German Throwdown. There were several athletes that took advantage of moving day and used Events 3 and 4 as an opportunity to make some serious moves, a list that includes a two-time CrossFit Games champion.

Kristin Holte ended the first day of Semifinals in a tie for the most points after finishing third in Friendly Fran and winning Event 2. She continued to sit atop the leaderboard with a win in Event 3 and fifth in Event 4. Holte now has 376 points and has one day remaining before she can punch her ticket to the 2021 NOBULL CrossFit Games.

Like Holte, Norway’s Jacqueline Dahlstrom ended the first day tied for the most points in the women’s field. She entered the second day looking to make moves and ultimately kept pace with her peers. Dahlstrom took fourth in Event 3 and second in Event 4, keeping her in a tie with Holte.

Katrin Davidsdottir ended the first day of the CrossFit German Throwdown in a tie with Samantha Briggs for fifth place. However, the Sled Dog made some serious moves, finishing Event 3 in seventh and winning Event 4 with 51 reps. She took over third place and set herself up for yet another trip to the Games.

Emilia Leppanen held sole possession of fourth place after the first day of Semifinals, and she remained in the same spot at the end of the second day. The athlete from Finland finished Events 3 and 4 in sixth and seventh place, respectively, keeping her in contention for the Games. Briggs, on the other hand, had an inconsistent second day. She finished second in Event 3 but finished 22nd in Event 4. Despite the tough outing, she remains in fifth heading toward the final day.

Finland’s Jonne Koski took the top spot on the leaderboard at the end of the first day with two second-place finishes. He continued to put on a show by winning Event 3 but fell to second place on the leaderboard after finishing 12th in Event 4 with 41 reps. Now Serbia’s Lazar Dukic holds the top spot after a very consistent second day. Dukic finished second in Event 3 and then seventh in Event 4, giving him 352 total points to Koski’s 348.

Greece’s Giorgos Karavis took third place with 172 points after the first day of competition, and he continued to perform consistently as Semifinals continued. He turned in a third-place finish in Event 3 and then finished the final workout 10th. He currently holds 332 points with one day remaining.

The first day of Semifinals came to an end with Spain’s Fabian Beneito sitting in a tie for fourth place. However, he made some moves during the second day and took sole possession of the spot with 292 points. Italy’s Iurii Marincenco, on the other hand, dropped to 10th after a rough outing. Alex Kotoulas took over fifth place with 281 points after posting a best finish of fourth in Event 3.

CrossFit Oslo Wolfpack entered the CrossFit German Throwdown as a favorite to stand atop the podium. The team ended the first day with the most points and then only continued the show of dominance with a third-place finish in Event 3 and a win in Event 4. The Athlete Program also continued to perform consistently with sixth and fourth-place finishes on the second day.

CrossFit Genas had a strong performance on Friday, securing third place on the leaderboard with third and second-place finishes. The team remained in contention for a podium spot by winning Event 3 and then finishing 11th in the heavy weightlifting event.

Another podium contender in AOD Fitness racked up 165 points during the first day of competition, remaining within reach of Team CrossFit Genas. The team did not make moves up the leaderboard, but it did remain in the same spot on the strength of a second-place finish in Event 4.

From The Port, however, made the jump from eighth to fifth during day two with a very strong performance. The team finished second in Event 3 and then third in Event 4, leapfrogging Team Butchers Lab and other groups.

On tap for the final day: The individual and team athletes will have to take on two more events to cap off the CrossFit German Throwdown. The first will test their endurance, as well as their gymnastic abilities. Event 5 is a triplet consisting of rowing, handstand walks, and legless rope climbs.

The final event is one of the new Girl workouts, “Grettel.” The individual version is 10 rounds for time of three clean and jerks (135, 95) and three bar-facing burpees. The teams, on the other hand, will take on two different Girl workouts. One male-female pair will do Grettel while the other will do Ingrid, which is 10 rounds for time of three snatches (135, 95) and three bar-facing burpees.