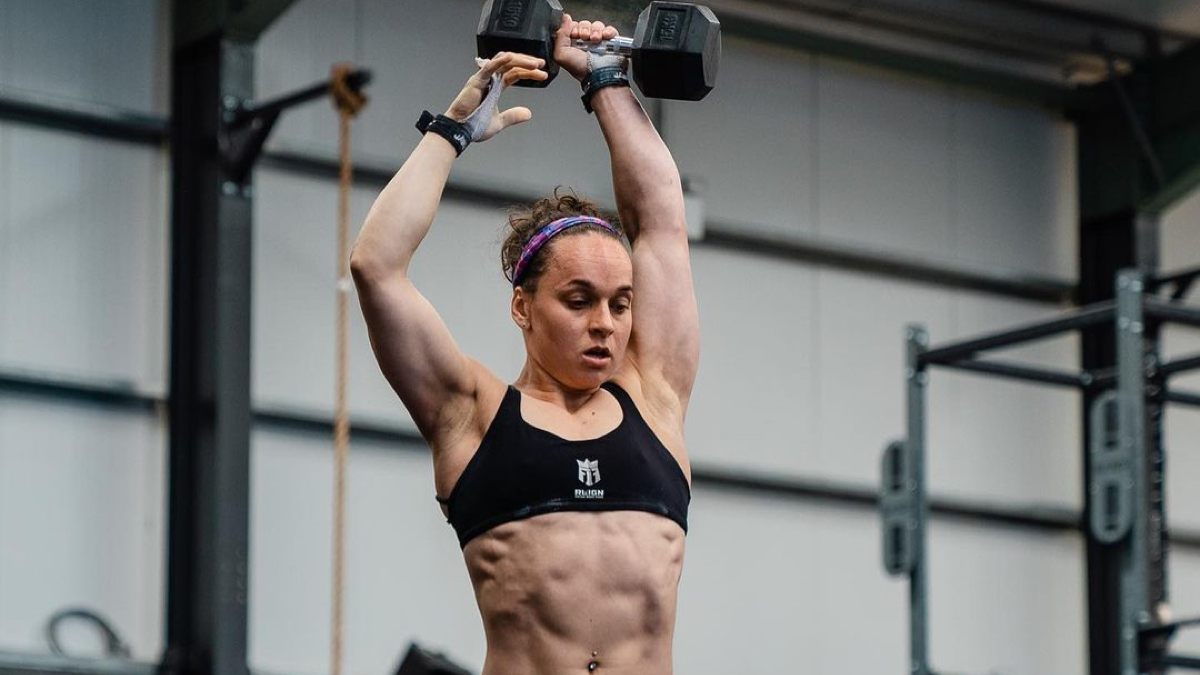 While the tests on day one of the virtual programming being used for the Lowlands Throwdown were in large part work capacity tests; day two would reward athletes with specific skills: namely the ability to handle high volume ring muscle-ups, and cycle moderate to heavy loads during the snatch ladder that was workout four.

Emma McQuaid and Laura Horvath each picked up an event win on day two and sit in first and second respectively on the overall leaderboard; for Horvath it’s her second event win of the competition, but a ninth place on workout three has her eight points behind McQuaid.

Little changed in third or fourth place either, as Poland’s Gabriela Migala (sixth and third on day two’s tests) and Iceland’s Annie Thorisdottir (eighth and second) still solidly occupy Games spots. Thorisdottir, who is in fourth, is 56 points clear of sixth place Elena Carratla Sanahuja, meaning the current top four likely have already done enough to qualify for the Games.

Sitting in the gatekeeper position (fifth) is another Icelandic woman and Games veteran, Thuri Helgadottir. Taking second on workout three and tenth on workout four she has a sixteen-point lead overall Sanahuja and an eighteen point lead over the UK’s Lucy Campbell. Those are most likely the only two athletes she’ll need to hold off on the final day if she wants that fifth and final spot to the Games.

Most of the big names are filtering towards the top, but Denmark’s Frederik Aegidius, who received a major penalty on workout two following our day one publication is in a precarious situation with two events remaining. He’s currently in eleventh overall, 28 points out of the final last chance qualifier position and a daunting 75 points behind the man in the fifth and final Games position.

To no one’s surprise, Bjorgvin Karl Gudmundsson is atop the leaderboard with 316 points. Tied for second, sixteen points behind him are Switzerland’s Adrian Mundwiler and Ireland’s Sam Stewart. For Mundwiler there was a bit of concern following the Quarterfinals surrounding the health of his knee, which appears not to be an issue thus far which is refreshing news for him as he seeks his fourth trip to the Games.

It’s extremely tight for the men in general though. Latvia’s Uldis Upenieks has 299 points (one point out of that tie for second) and Germany’s Mortiz Fiebig, who was leading after day one, finds himself fifth with 290 points, but only one point ahead of Finland’s Henrik Haapalainen.

Another Danish man, Lukas Grouleff, had the most up-and-down day of anyone in the field. He dominated test three with an incredible time of 13:56, which was nearly 90 seconds faster that second place Gudmundsson. Unfortunately he followed that up with a 24th place on workout 4, only able to manage 33 total reps.

On the opposite side of the story was Poland’s Bronislaw Olenkowicz. After a dismal 20th on workout three, he did what everyone expected him to do by winning workout four managing 51 reps, which means he snatched the final bar (245 lbs) a staggering 21 times.

Grouleff and Olenkowicz are seventh and eighth and occupy the final two Last Chance Qualifier places. They will have to stay clear of France’s Guillame Briant (9th) and Greece’s Ioannis Papdopoulous (10th), who was only one rep behind Olenkowicz on workout four, should they want to extend their seasons though.

The best performance on day two in any division came from Team Motion who represent CrossFit Surbiton in the UK. They won both workouts on moving day, the type of performance that has to send a message to the rest of the teams. They were ninth in Europe during the Quarterfinals and are led by two time Games team athlete Jeremy Reijnders (who is from the Netherlands) and has previously competed with Vondelgym (2018 and 2019).

Team Motion is tied for second with CrossFit Nordic, but both teams are only five points behind day one leaders Team CrossFit Holistic. These three teams have a significant buffer of at least 55 points over sixth place CrossFit 8020 and should therefore have little trouble qualifying with only two tests remaining.

There’s another tie in fourth place at 310 points (25 points ahead of 8020) between Team Butcher’s Lab T-Bone and Bergen Limitless. All three of those teams, along with Team Genius at 280 points will be fighting tooth and nail tomorrow for the final Games berth.

Two thirds of the competition is done, and most of the usual suspects continue to shine. It feels safe to say that at least four women and three teams have already all but qualified. The men’s division leaves the most left to be determined on the final day. None of them will be feeling much comfort or security knowing how close it is. Some chances will have to be taken and a high level of execution will be required for the five who do end up making it.