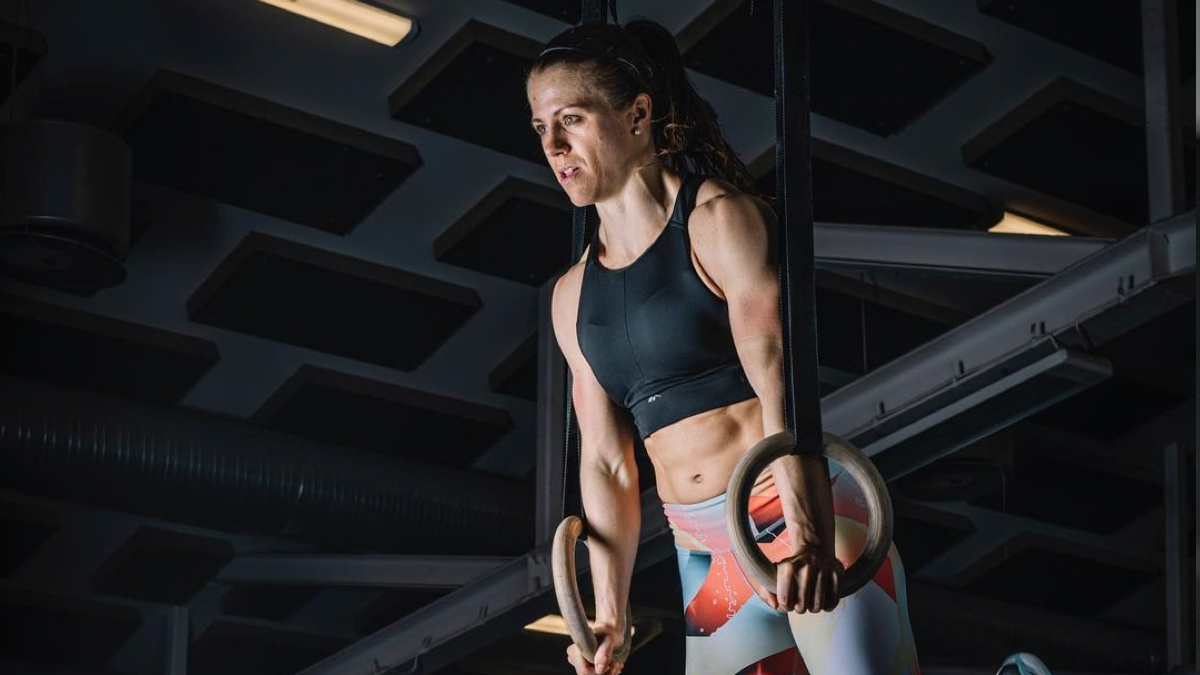 The third week of the CrossFit Semifinals came to a close on Sunday, June 13, sending another group of athletes to the 2021 NOBULL CrossFit Games. The group included a former champion and perennial contenders. Although one athlete, Samantha Briggs, finished the weekend just below the cutoff line and will have to fight her way back up through the Last Chance Qualifier.

Kristin Holte spent the weekend atop the leaderboard with a very strong performance and two event wins in the first two days. Holte capped off the CrossFit German Throwdown in dominant fashion, winning both events on Sunday. She is now heading back to the Games for the eighth straight year.

Norway’s Jacqueline Dahlstrom fought for the top spot on the leaderboard all weekend long, finishing Friday in a tie for first and taking sole possession on Saturday. Dahlstrom didn’t perform as well as Holte during the final day, but she still secured second place with back-to-back fourth-place finishes on Sunday.

Katrin Davidsdottir is heading back to the CrossFit Games after a strong performance in the CrossFit German Throwdown. The Sled Dog made the leap from fifth to third on Saturday, and she maintained her hold on the spot by finishing seventh and 10th in the final two events.

Unlike some of the athletes in the division, Finland’s Emilia Leppanen did not move up or down the leaderboard throughout the weekend. Instead, she simply performed at a consistent level and held fourth place every single day. She maintained her stranglehold on this position on Sunday, finishing 19th in Event 5 and second in Grettel.

While Briggs held onto the fifth spot at the end of Saturday, she did not remain in this position after the final two events. Emma Tall showcased her skills and took the final spot with second place in Event 5 and sixth in Grettel.

Finland’s Jonne Koski took part in a fascinating back-and-forth battle all weekend, trading time atop the leaderboard with Serbia’s Lazar Dukic. However, the perennial Games competitor saved his best performances for the final day. He finished Event 5 in second place, just behind Dukic, but he won Grettel while his peer finished ninth. Koski won the CrossFit German Throwdown while Dukic took second place.

Greece’s Giorgos Karavis spent the first two days of Semifinals in third place after consistent performances, including third in Friendly Fran. However, he dropped to fifth on Sunday after finishing 22nd in Event 5 and sixth in Grettel. In his original spot is Luka Dukic. The Serbian took third in Event 5 and capped off his weekend by tying Karavis in Grettel.

Of the male athletes, no one made bigger moves over the course of the weekend than Denmark’s Andre Houdet. He ended the first day of competition outside of the top-10 but made positive strides on Saturday, taking third in Event 4 and jumping up to seventh. Houdet then capped off his weekend by taking second in Grettel and jumping up to fourth.

The Athlete Program performed at a similar level over the course of the weekend, only finishing outside the top-five once (sixth in Event 3). The team did not win any events but consistently fought for top finishes.

Of the teams taking part in the CrossFit German Throwdown, none made bigger moves than From The Port. The group of athletes finished Friday’s events in eighth place, jumped to fifth on Saturday, and then took third on Sunday. They leapfrogged multiple podium contenders to do so, setting themselves up for a trip to Madison.

The final day of competition came to an end with two teams locked in a tie. Team CrossFit Genas took fourth and seventh in the final two events, locking up 480 total points for the weekend. AOD Fitness, on the other hand, finished 10th in Event 5 but won the combination Grettel/Ingrid event to finish the weekend in a tie for fourth.

What’s next for the CrossFit athletes: