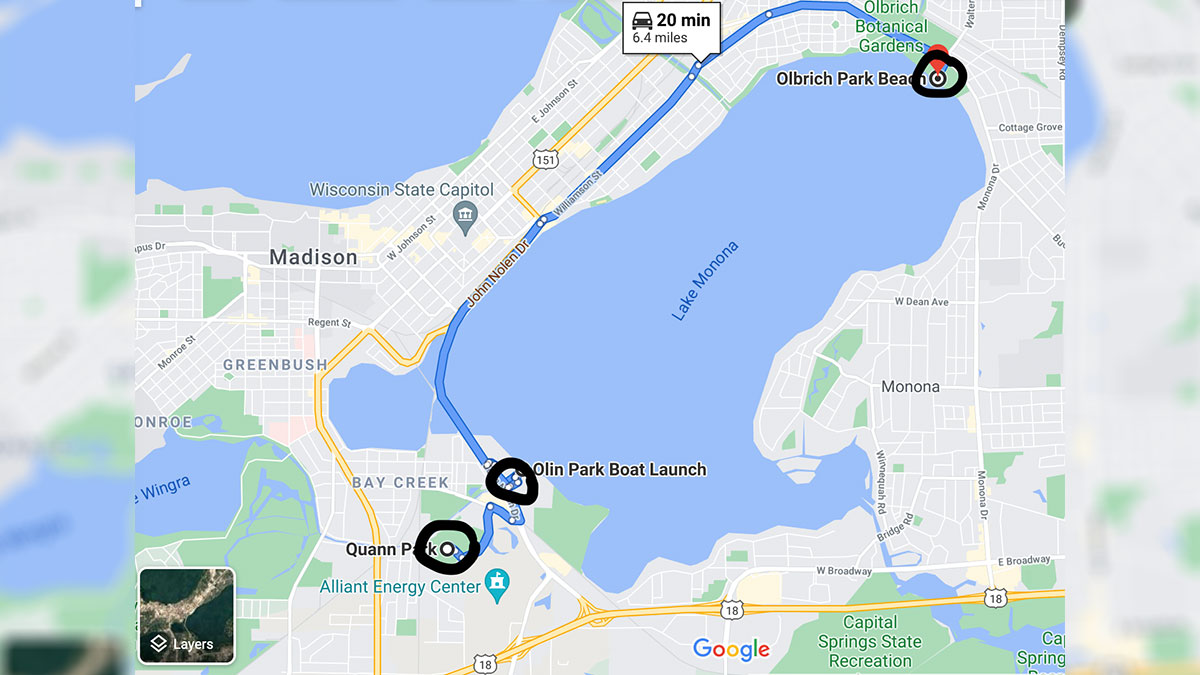 In a June 9, 2021, Madison Board of Park Commissioners meeting, the CrossFit Games received approval for the use of three parks according to a monthly Report of Events Administratively Approved by Staff. The three parks are Quann, Olin and Olbrich on Lake Monona for the dates of 7/29-8/1.

What this could mean for event one: For years, CrossFit has programmed off-site events the first day of the Games as they’re generally tough to spectate in person and there are fewer on-site fans earlier in the week.

But the dates don’t match: Even though the approved dates of 7/29-8/1 don’t match the official Wednesday, July 28 start date of individual competition, it’s more likely that the paperwork was filed before CrossFit staff knew the full extent of their Games plans.

By the way, this is nothing new: CrossFit has sought approval for the past several Games to use the Olin Park Boat Launch. However, due to COVID-19, park use permits that would usually go to committee are being fast-tracked by staff.