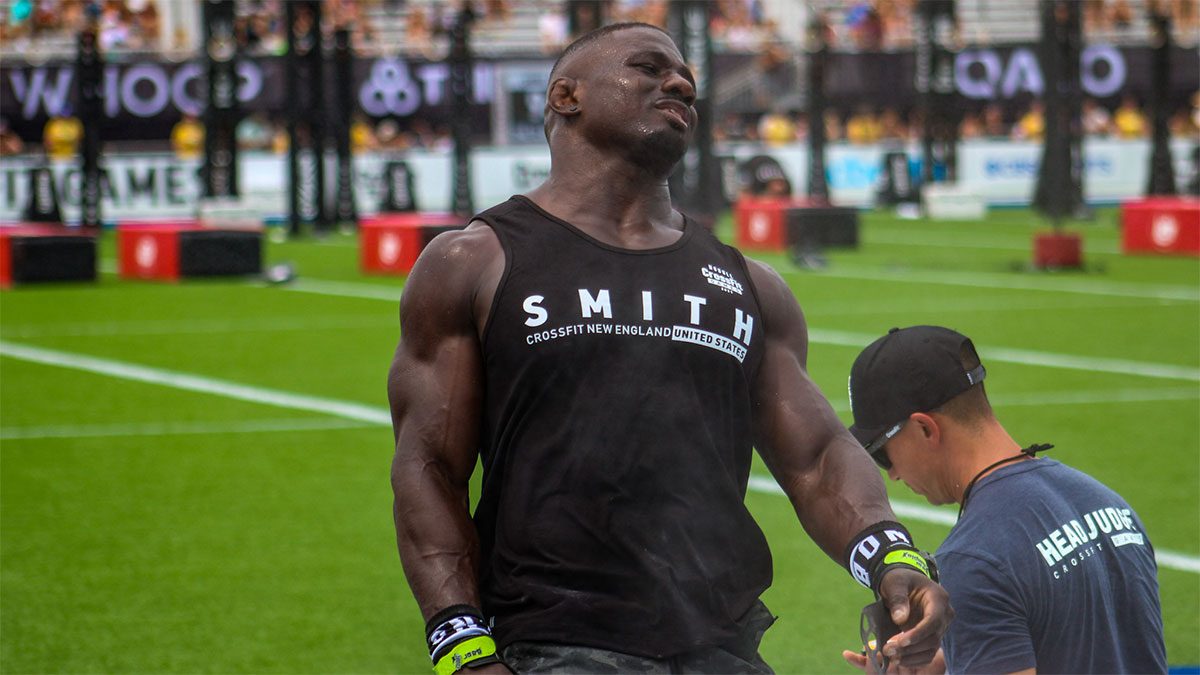 Several individual athletes impressed spectators on day one, including Jonne Koski, Brent Fikowski, Justin Medeiros, and Bjorgvin Karl Gudmundsson. Others, however, struggled early and put themselves in a dangerous position, especially with cuts looming.

Who we’re watching: Noah Ohlsen entered the season as one of the contenders for the title of Fittest Man on Earth. He took second during 2019, a career-best finish, and then finished 5th during the COVID-altered Games at The Ranch in Aromas. Ohlsen’s worst finish was 21st in Event 2, but he didn’t fight for event wins like he has in past seasons.

Kara Saunders entered the 2021 NOBULL CrossFit Games as a fan-favorite pick to win her first gold medal. She missed the cut during Stage 1 of the 2020 CrossFit Games but still finished 8th overall in her return to competition after giving birth to her first child. Saunders then dominated during the Torian Pro Semifinals event with three wins and six top five finishes overall.

A contender for the Granite Games win, Chandler Smith faced raised expectations in his return to the CrossFit Games. The 2021 season served as his opportunity to reach the podium for the first time in his career, but he started the competition with a 28th place finish in Event 1. He then continued to struggle as the men headed to the Coliseum.

The fifth-place finisher in the 2020 CrossFit Games, Jeffrey Adler entered the competition with an opportunity to continue his rise to CrossFit elite. He finished second in the Atlas Games behind Patrick Vellner and then locked up a spot at Madison.

Bottom line: Of the athletes needing to make some moves in the remaining days of competition, Ohlsen is in the best position. He can crack the top ten with some strong finishes on Friday or Saturday. The others, however, will have to make major strides to rise up the leaderboard, and they can not afford to have any mistakes.