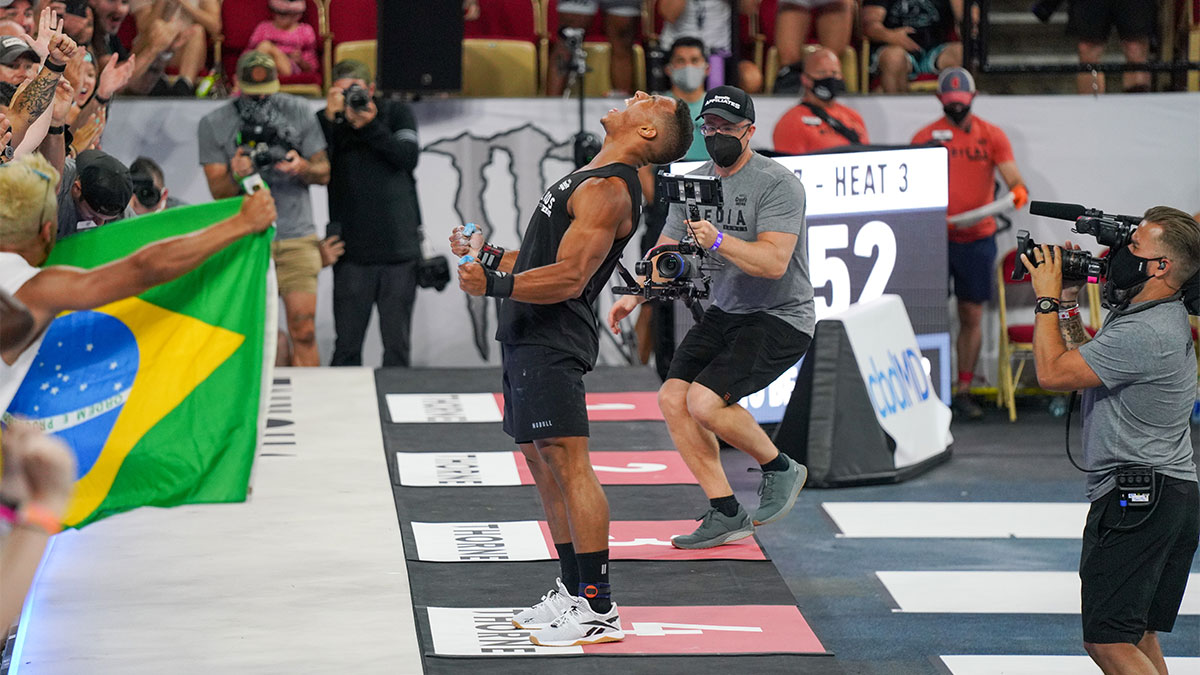 Following Event 5 on Friday morning, there were still 400 points up for grabs before the first round of cuts. Notably, those 400 points would be determined over the course of four workouts that had cumulative time caps of less than 30 minutes. For several athletes, the fate of their weekend would ride on these four relatively short tests. These are the athletes who took advantage of these four events and set them up well for the weekend.

The only way to find yourself on top of the leaderboard after a day like this is on the back of several top ten finishes. There are several veterans and big names staring up at him, but if Medeiros continues to put up consistent top ten finishes like this, reeling him in over the weekend will be difficult. The best thing going for Medeiros is a trait he openly admitted in a post-event interview today, which is his willingness to die for points in every event. The combination of lethal athletic potential and that mindset is the kind of championship caliber tenacity required to threaten for the title of Fittest Man on Earth.

The young Brazilian stole the hearts of fans across the world with his epic performance and event win in Event 7, but don’t overlook the workouts on either side of that which were also quite impressive. We found out he could run during event three when he picked up his first event win of the weekend and coupled that running prowess with his well known upper end Olympic lifting capacity. Then, he rounded out the trifecta with another strong performance on the most challenging handstand walking test we’ve ever seen at the Games. He’s sitting in the top ten at this point, and with that kind of repertoire, it’s quite possible that’s where he’ll stay.

We know she can lift, and we know she’s good on her hands. We know her power output and barbell cycling is good, but those skills don’t matter if the execution isn’t there. While many other athletes faltered on at least one of these four workouts, Brooke did not. She’s a veteran of the sport despite still being relatively young, and her experience carried her through on these events.

Speaking of execution, Amanda Barnhart put on a barbell clinic in the Coliseum tonight. The 19th on the handstand walk stands out, but despite that finish, she accumulated as many points as Wells and actually surpassed her on the leaderboard where she now sits only one spot off the podium. Coming off back to back 7th place finishes in very unusual CrossFit Games formats, she’s clearly here to make a statement that she is in fact amongst the fittest in the world.

The big picture: There are still two days of competition remaining, but this stretch of events for these four athletes not only puts them in a great position on the leaderboard, it gives them a degree of confidence heading into tomorrow which is just as important. As the time domains extend, which they surely will, the question is: which of these athletes will show the capacity to remain consistent despite the tests.