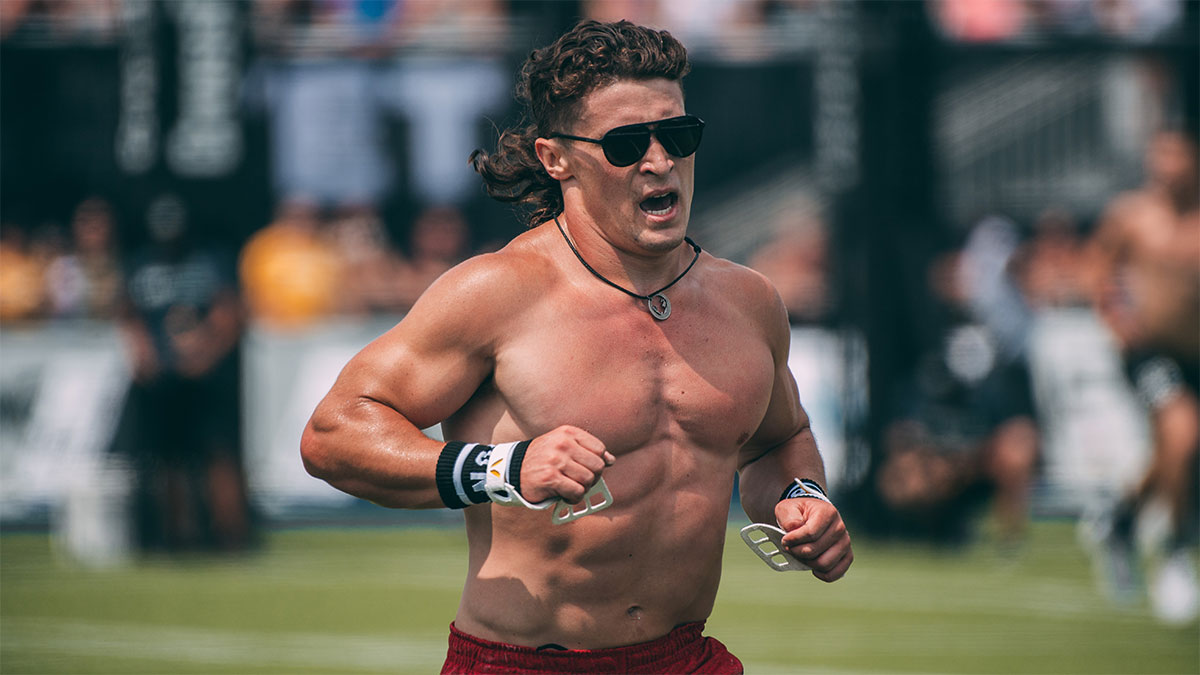 Following two days of individual competition in Madison, WI, Justin Medeiros is on his way to potentially locking up the title of Fittest on Earth. He finished Friday’s events with the leader’s jersey and a 24-point advantage over Brent Fikowski. His confidence amidst extra pressure on a much larger stage has only reinforced the belief that he is here to stay while simultaneously reminding fans of the five-time champion.

Remind me: Following an outstanding rookie season where captured third place at The Ranch in Aromas, Medeiros entered the 2021 season with considerably raised expectations. The defending Rookie of the Year responded by taking third at the Mid-Atlantic CrossFit Challenge before heading to Mat Fraser’s house to put in extra work. The two men discussed ways to improve during workouts, but Medeiros also learned some lessons about approaching the massive stage of the CrossFit Games.

“Embracing the suck” was a key part of Fraser’s career. He explained prior to Stage 1 of the 2020 CrossFit Games that he could not rely on strategy or pacing during the virtual competition. His only option was to put the pedal to the floor the second the event began and just “burn it down” while fighting for the win. The champ said that he expected some pain, but he planned to push through and lock up event wins.

Fraser implemented this strategy several times during his historic career. He locked up 29 total event wins, a mark that lasted until Tia-Clair Toomey broke it in Madison, WI. It didn’t matter if he competed in a long trail run, a simple triplet, or heavy weightlifting; Fraser continued to rack up wins.

Fighting through the pain is critical to success, but Medeiros took away another valuable lesson from his time with Fraser. It’s important to recognize where you can improve during training.

After two days of competition, Medeiros is taking advice to heart. He entered the 2020 season as a promising athlete capable of standing on the podium. In 2021, however, he showed up in Madison even better. The defending Rookie of the Year has yet to win an event, but he has locked up two second-place finishes and put on a show in the Coliseum.

Bottom line: Medeiros does not have the title of Fittest on Earth locked up after only two days of competition. He still has to hold off Brent Fikowski, Patrick Vellner, and several other strong athletes. That being said, he is putting on a show on the competition floor while continuing to prove why he could become a dominant force in CrossFit.