Eating at the CrossFit Games: How Sam Briggs Stays Fueled Through 15 Events 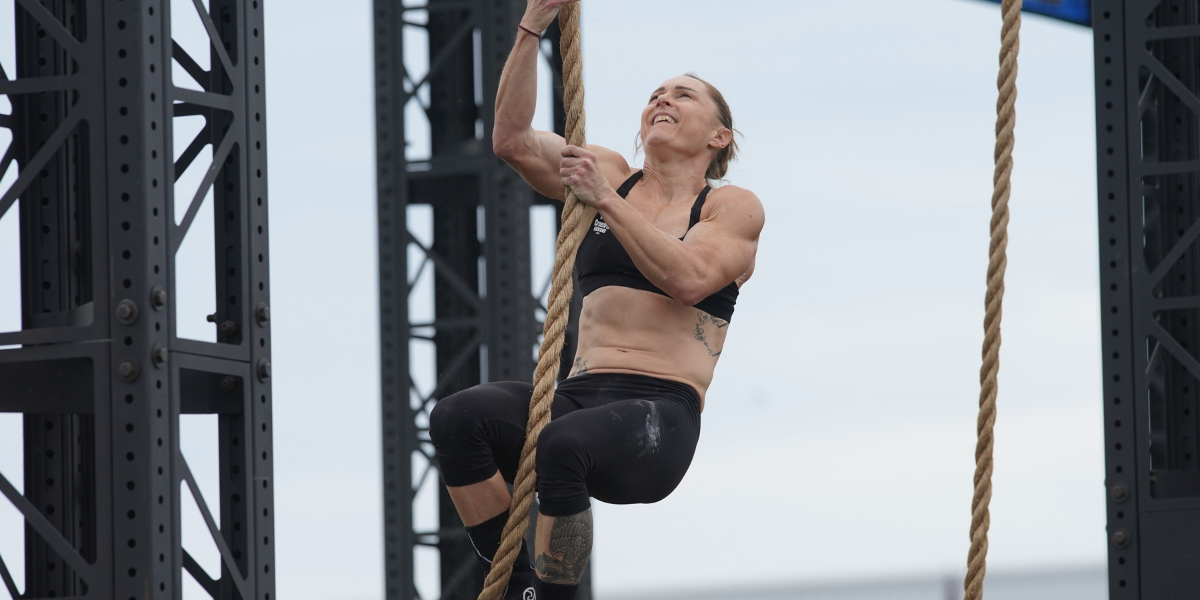 After 12 years of competing in the sport, and nine individual CrossFit Games appearances, Sam Briggs has learned the number one key to fueling herself during competition is normalcy— following the same nutrition she has “tried and tested” all year at home, she explained.

At the Games this year, this meant Briggs’ partner Nicole Holcomb made a trip to Whole Foods to stock up on the regular foods Briggs normally eats, as well as a fridge full of meals from Trifecta Nutrition: Organic Meal Delivery, who delivered prepared foods to her hotel on Tuesday in Madison, WI.

Though Briggs’ intention is to stick to her normal routine, it’s often thrown off due to a full day of events at the Games, so ultimately it becomes a delicate balancing act between keeping a normal routine and getting enough calories, all the while avoiding eating too much close to tackling the next event. At the very least, though, she tries to start the day out like she does every day at home, she explained.

“Even if it means getting up a little bit earlier, (I try) to have breakfast the same,” she said.

After that, sometimes all hell breaks loose.

Briggs, who calls herself a “creature of habit” eats the same thing for breakfast every morning: A bowl of oatmeal with protein powder, dates and almonds.

After her oatmeal breakfast, she heads to the gym for her first session of the day, and usually sips on a carbohydrate-infused drink during a long training session.

“Especially in the run up to the Games, or any other competition when training volume is the highest, I get home and there’s no way I want to start cooking, and I don’t want to spend two or three hours meal prepping on my rest day.”

Lunch is “typically” a pre-prepared protein, such as chicken, salmon, cod, or tuna, with some rice, both from Trifecta Nutrition, that she eats with a salad often with avocado.

On the way to her second training session of the day, Briggs has a small snack, and halfway through training she’ll usually have some baby food for some easy-to-digest carbohydrates. At the end of her training session, she has a protein shake infused with carbs.

Dinner is Briggs’ biggest meal of the day and often involves red meat—these days bison patties from Trifecta Nutrition—with rice, sweet potatoes and some other vegetables.

Finally, before bed Briggs has a protein shake with almond milk, and often a banana or a bagel.

Having foods prepared for her is key to being able to keep her nutrition on point, Briggs explained.

“Especially in the run up to the Games, or any other competition when training volume is the highest, I get home and there’s no way I want to start cooking, and I don’t want to spend two or three hours meal prepping on my rest day,” she said.

Day 1, event 1 this year—the swim, kayak event—was early in the morning, so right away Briggs had to adjust from her regular morning routine. She didn’t want to be too full on the one mile swim, so she ate half of her oatmeal before the event and half right after the event.

Between events, Briggs typically snacked as usual—carbohydrate drinks, baby food, bananas—and lunch was generally kept to her Trifecta Nutrition chicken and rice, however not with her usual salad. And, depending on the next event, sometimes she was forced to cut the quantity down.

One day at the Games this year, for example, Briggs and Emma McQuaid, who were staying together, put their chicken and rice into a wrap and split it, so as not to be too full before the next event.

“And then after that event, we had the other half each. So sometimes it’s about taking on what you know you need to, but in smaller doses,” Briggs explained.

Dinner, however, is where there’s the most change from the norm. While one night Briggs did have a regular dinner of salmon and vegetables, another day the priority was simply getting calories into her body, as she had gone a long time without a proper meal.

Sometimes dinner is just “anything you fancy,” she explained. “Get calories in, even if it’s not typically the healthiest option.” One evening this year, it meant Holcomb running across the street to pick up burgers and fries for Briggs and McQuaid.

Between events, Briggs typically snacked as usual—carbohydrate drinks, baby food, bananas—and lunch was generally kept to her Trifecta Nutrition chicken and rice. “Sometimes it’s about taking on what you know you need to, but in smaller doses.”

“It was like the best tasting meal. We were so hungry,” she said.

The evening the Games ended, Briggs had her first alcoholic drink in almost a year with Tia-Clair Toomey’s parents.

“Tia’s mom always says to me…’We can’t wait to have a beer with you at the end of the competition,’” said Briggs, who had just one beer with Toomey’s parents in their hotel.

“I love going out and getting avocado on toast with eggs, or they do the big scrambles, and maybe having a pancake and stuff like that…So that was definitely the big thing I looked forward to doing,” said Briggs, adding that her favorite cheat meal is pizza.

“I love pizza, but like real Italian pizza…thin crust kind of, not smothered in cheese…more flavors coming through,” she said.

More than the relaxed nutrition, however, the post-Games week for Briggs was about allowing herself to eat out and be social.

“Especially in the run up to the Games, I don’t go out for meals. I don’t do any socializing, so it’s just kind of like, ‘OK, Nicole, are you not busy tonight?’ C’mon let’s go’…just try to make up for not doing anything and being a little bit boring for the past few months, trying to make up for it in a week,” she said.

And after the week was up, Briggs returned to her regular scheduled nutrition and is already back in the gym training, hoping to qualify for her tenth CrossFit Games in 2022 at the age of 40.