Creating your own Sponsorship Opportunities with Games Athlete Streat Hoerner 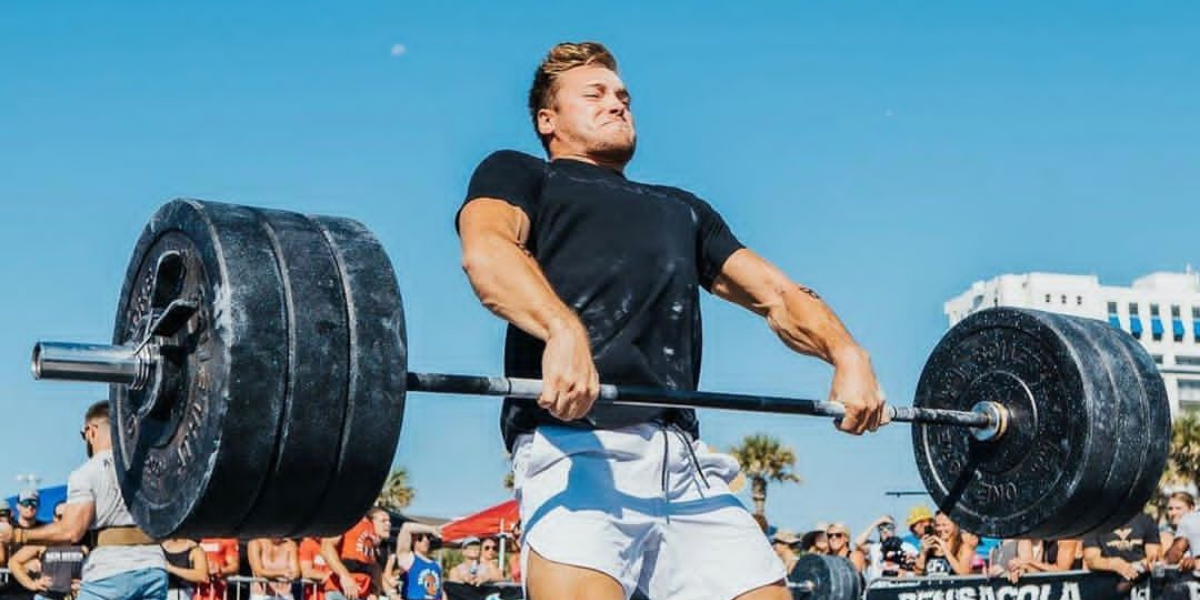 When it comes to finding sponsorships as a CrossFit athlete, the assumption is that brands seek out the athletes they want to work with. And although this is often how it plays out, two-time CrossFit Games athlete Streat Hoerner says it can also work the other way around: Athletes can put themselves out there to brands that speak to them and build valuable partnerships that benefit both the athlete and the brand.

This was the case for Hoerner, who reached out to Legends Athletic apparel and soon became Legends sponsored athlete at the beginning of 2021.

“I had been seeing their stuff kind of pop up randomly on my feed, and it looked cool, and so I reached out to them,” Hoerner said.

“This is a new brand that’s up-and-coming…It’s something fresh and different than the normal fitness things that everybody wears…that you see every single person in the CrossFit gym wearing,” he added about what attracted him to Legends.

“There’s a gap in the modern athlete’s wardrobe in terms of being style-forward (and) having a little bit more of an edge…but still having highly performing apparel,” explained Legends CMO Nick Lamothe about how Legends came about.

This was the gap that Legends sought to fill: to be a “casual, but fashion-forward (and) high performing apparel,” Lamothe explained of the growing brand.

Though he knew he liked the look of their clothing right off the bat, Hoerner did some research into the brand before contacting Legends and realized they weren’t really in the fitness space, let alone the CrossFit space, as they were more of a lifestyle brand with their roots in basketball and lacrosse.

With that information, instead of just asking to try out their clothing, Hoerner took the approach of trying to show Legends how partnering with him could benefit their company, as well.

“I just told them straight up, ‘Hey, I believe that if you guys did this right—and I can help you promote it and get your brand into the fitness and CrossFit world—you could do really well…there’s nothing like this here…I think there’s a great opportunity for you to break into the fitness space,” Hoerner said.

A year later, thanks to the partnership, Legends is starting to become relevant in the CrossFit community.

“People ask me about them all the time,” Hoerner said. “I have a few gyms that I go to here…and I see them pop up more and more..and I’ll see someone with a Legends shirt on, or Legends shorts on, Legends hoodie, and every single I’ll go up to them and be like, ‘I like your (hoodie)’ and they’re like, ‘Yeah I saw your post about them. I love them.’”

Hoerner added: “When I went to the Games, every time I saw someone with (Legends) shorts on I’m like, ‘Ooh, I think I might have had some influence there. So it’s pretty cool.”

Right now, Hoerner’s “go to” workout shorts are Legends LUKA HDs, which he said are great for barbell workouts as they’re comfortable and durable. However, when he heads out for a run, or does other cyclical-type of workouts, Hoerner often chooses the original LUKA shorts, which are a bit lighter and “less tough than the HDs,” Hoerner said.

“When I find a pair of shorts that I can work out in that I love, it’s pretty rare….If it’s good, I’m like going to wear those all the time,” he added.

“When I find a pair of shorts that I can work in that I love, it’s pretty rare…if it’s good, I’m link going to wear those all the time.”

Hoerner is also all about Legends’ hoodies, both their Hawthorne hoodie, which he “wears every day to the gym,” and the Fairfax hoodie “if I’m just chilling,” he explained.

Beyond being great for working out, Hoerner also appreciates that his Legends attire is fashionable enough to wear outside of the gym.

“I literally wore my new aviation joggers to the bar on Saturday night, and then I wore them working out today, and that is not a lie. Dead serious. It’s pretty versatile stuff,” he said.

Spreading Their Tentacles into 2022

Legends’ partnership with Hoerner has done enough to convince Legends to continue to grow their presence in the CrossFit and greater fitness community heading into 2022 and beyond.

“We’re working on some plans for next year, so that we can create some noise at key moments in the CrossFitters calendar,” Lamothe said.

Though he wasn’t able to provide more details, he did say that they’re currently “dipping their toe in the water” to bring on new CrossFit ambassadors who love their brand as much as Hoerner does, and Lamothe is confident whoever they bring on this year will be as influential as Hoerner has already been for the Legends brand.