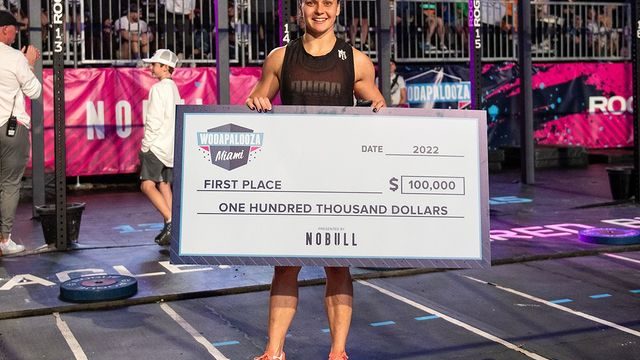 As Emma McQuaid stood tall on the podium at the conclusion of Wodapalooza, emotions began to sink in as she realized this was her breakthrough competition.

“I was so pumped up, it was absolutely awesome. That was my first ever elite first place in a live competition so it was awesome.”

Over the course of the four day competition at Wodapalooza, McQuaid just kept ticking up the leaderboard. From 6th, to second, and ultimately first, she wasn’t flashy or loud. Rather, her subtle sneakiness ultimately rose her to the top of the leaderboard. But what was unannounced to the public or fans – an ankle twist that left her not feeling 100% at the start of the competition.

“After the first event no one really knew but I rolled my ankle…and I wasn’t actually able to squat real well on my left ankle so I really struggled to squat the whole weekend, so my two worst finishes was the thruster and the overhead squat workout, but again no one really knew that. But I knew on Sunday, I didn’t need my legs again so I knew I was going to climb.”

But even before McQuaid advanced to the final day of competition, she let fans know she was a serious podium contender after finishing first on Event 4, the Bayside Chipper.

“Just being nice smooth and consistent the whole time and then when the time was to sprint, I sprinted…I think the workout came down to who could really suffer in those deadlifts…I just knew no one was sitting with me on that deadlift tempo.”

And that momentum carried through the rest of the weekend with all top ten finishes. When it was time to take the floor for the final event, the race was tight between McQuaid and Bethany Shadburne, but McQuaid knew exactly where she needed to be to get the work done.

“As soon as I got off the toes-to-bar, I just knew that Bethany was like, six or eight reps already in and I had seen Emily Rolfe and maybe two others get to the dumbbells but by the halfway mark it was really just me and Bethany and one other girl so I was like, we’ve got this.”

McQuaid’s first place finish at Wodapalooza also came with a nice size paycheck. Winning the biggest prize purse in Wodapalooza history – $100,000 – McQuaid is relieved she can finally complete – and deck out – her very own home gym.

“We’re actually building a new home gym at my house. Initially, we could completely finish the gym but we couldn’t kit it out, and now he [her partner] was like, ‘well, looks like we’re kitting out your new gym.”

McQuaid said her home gym should be complete in time for Semifinals, but the ultimate goal is to finally crack the top ten at the CrossFit Games.

“I’ll probably come into Semifinals similar to how I came into Wodapalooza. We’ll do a really good six week block leading in and kind of just do a mini-peak into it to feel good and fresh, but obviously, we’ll want to see our big peak for the Games.” 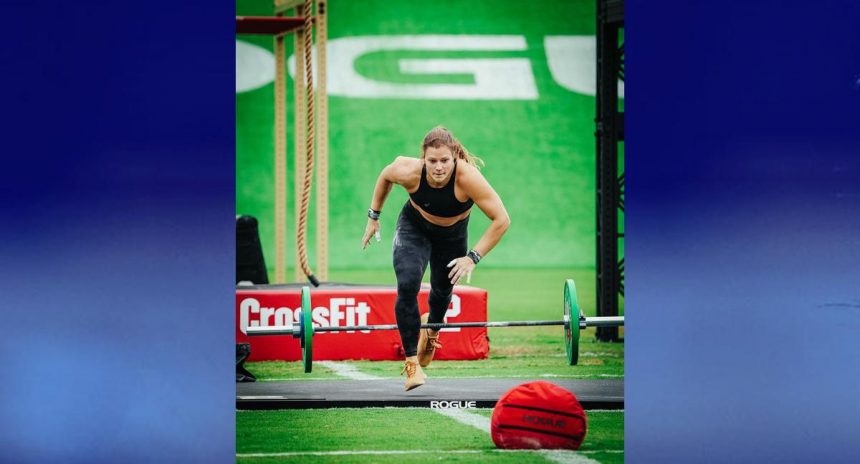