Three Weeks On, One Week Off Training Program Leads Bethany Shadburne to Feel “Better Than Ever” 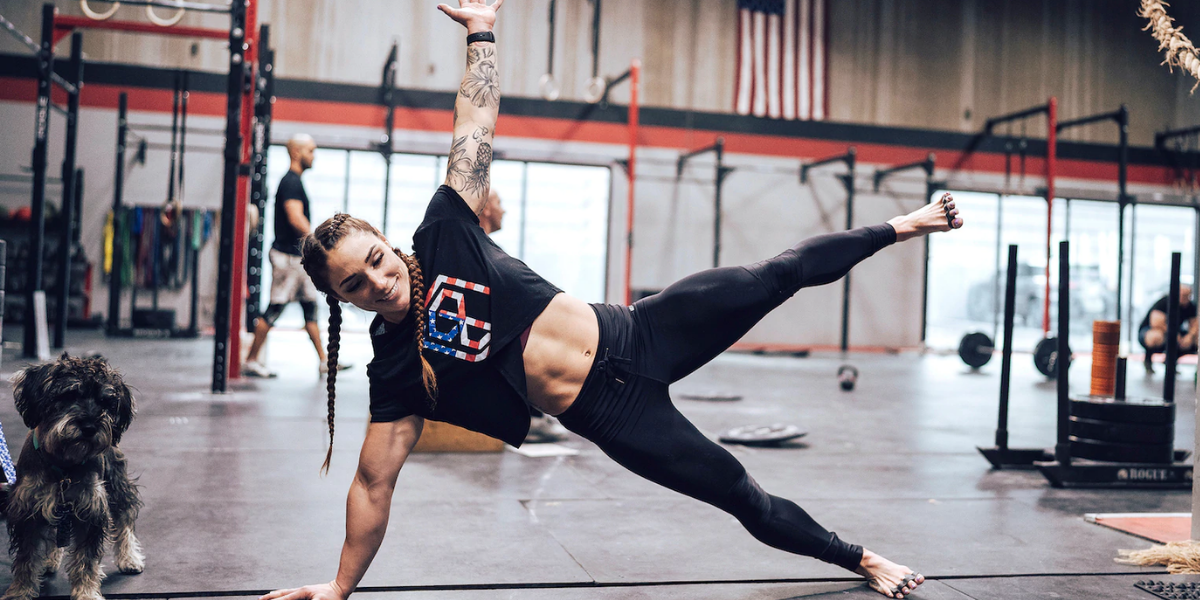 When five-time CrossFit Games qualifier Bethany Shadburne first arrived in Las Vegas, NV last season to train with Underdogs Athletics Coach Justin Cotler, she was, as Cotler called her “a broken athlete,” “a shell of herself.”

Cotler took the, once upon a time, always injured athlete under his wing last season and so began the process of rebuilding Shadburne, not just physically, but also emotionally and mentally.

“I don’t think that I ever truly believed in myself and there was a lot of self-sabotaging,” Shadburne said of the place she was in when she arrived in Las Vegas, a place that often involved overtraining because she was scared of getting fat or not being good enough.

Under Cotler’s tutelage, Shadburne started to learn that sometimes less training is more. It was scary to train with less intensity than in previous years, she admitted, but it quickly paid off.

After one season with her new coach, Shadburne won the West Coast Classic Semifinals, easily qualifying herself to the 2021 NOBULL CrossFit Games, but tested positive for COVID-19 the week of the Games and was forced to withdraw.

Since then, Shadburne has hunkered down even more by following an uncharacteristic training program, where she essentially trains hard for three weeks and then takes a week off to deload and recover.

“I definitely took more deload (weeks) than normal last year, but it wasn’t to this extent,” Shadburne explained.

This doesn’t mean she’s sitting around on what she calls her “off week,” but it means she spends about 30 percent less time in the gym that week and will often “go really really light on everything,” she said.

During her deload week, Shaburne is still able to push hard on her mono structural training, such as running and biking, but where she really lightens things up is on her strength work.

“The weightlifting is what stresses my body more…(On the off week), it might be like squatting 95 pounds and just being OK with that…I just try to get in and out as quickly as possible,” said Shadburne, adding that it helps her mentally to spend considerably less time in the gym every four weeks.

Shadburne diligently followed this schedule in the weeks leading up to Wodapalooza in Miami, FL in January and admitted she was a bit nervous about how well she would do. But when she placed second overall, her apprehension subsided and her confidence in what she is doing soared.

“I came away from Wodapalooza and I just felt really excited with the path that I’m taking,” she said.

Learning to Stay in her Lane

To get where she is today, in a place where Shadburne knows how to respect what her body needs to perform at its best, has taken a lot of work “and personal reflection,” she explained.

But ultimately the work she has done has allowed her to be a lot more in tune with her body, she explained, and has helped her realize “if there is outside stress, or just things that are causing me to feel more stressed out, I need to take that into account for the day (and take it easier),” she said.

That being said, the process hasn’t been without struggles. Shadburne admits that her ego does sometimes get upset when she sees that others, like her former training partner Kari Pearce and current training partner Danielle Brandon, are able to handle more volume and intensity than she can.

“Yeah, (it’s) very hard,” Shadburne said. “Even last year, (Kari Pearce) didn’t even take many deloads, and it was mind-blowing. I was like, ‘Wow your body loves you’…I don’t think she abused her body maybe as much as maybe I did in my teenage years…so I think her body just kind of held up a little bit better than mine.”

What has helped her accept who she is and what she needs to be her best has been to remind herself of the big picture plan, something she had to do after 22.1 when she finished an uncharacteristically low 425th in the world.

Shadburne was, of course, the 22.1 live announcement athlete, meaning she had about 10 minutes to prepare for the workout and was essentially a guinea pig for the rest of the world to watch and learn from, a position that usually doesn’t lead itself to a top score in the world. But instead of redo-ing the workout, as per the temptation to do so, she reminded herself of her ultimate goal.

“As athletes, we’re all competitive and we want to be at the top…but just realizing the bigger picture, and I think as I have gotten older in my career and just more mature…you just realize that you just have to find that confidence from within,” Shadburne said. “I want to peak and be my best in August, so peaking right now and winning everything maybe is not the best for me right now.”

On top of taking a deload week once every four weeks, Shadburne spends a ton of time on mobility and accessory work—usually 30 to 45 minutes before her first training session of the day, another 30 to 45 minutes when she first gets to the gym, and another half an hour before bed, she explained.

Further, she gets a massage twice a week, as well as dry needling and sometimes cupping, and also does contrast therapy—saunas and cold tubs—twice a week. And finally, she relies on the popular Toe Spacer—a foot health tool involving separating your toes—on a daily basis, which has helped her fix her chronic knee pain from being pronated.

“If I go a couple days without wearing the toe spacer, especially on my right foot, my knee starts hurting like crazy.”

When her doctor first told her about the Toe Spacer, she said she was skeptical.

“I don’t need toe spacers. This is dumb,” Shaburne said of her initial thoughts. “And then I finally put them on and was like, ‘Wow, instant relief on my knee,” said Shadburne, who wears them while warming up and doing exercise work, as well as around the house and when walking her dog.

She added: “If I go a couple days without wearing the toe spacer, especially on my right foot, my knee starts hurting. It’s crazy.”

All of this combined—her three weeks on, one week off training program, her diligent attention to mobility and recovery, as well as the mindset work she has done in the last two years—means Shadburne feels “the best I have ever felt” for the 2022 season.

That being said, Shadburne’s newfound mindset has also helped her relax and realize that there are more important things in her life than how well she performs on the CrossFit competition floor.

“It’s found in character and what you do with your life, and who you touch and who you impact, so that’s the most important thing to me.”