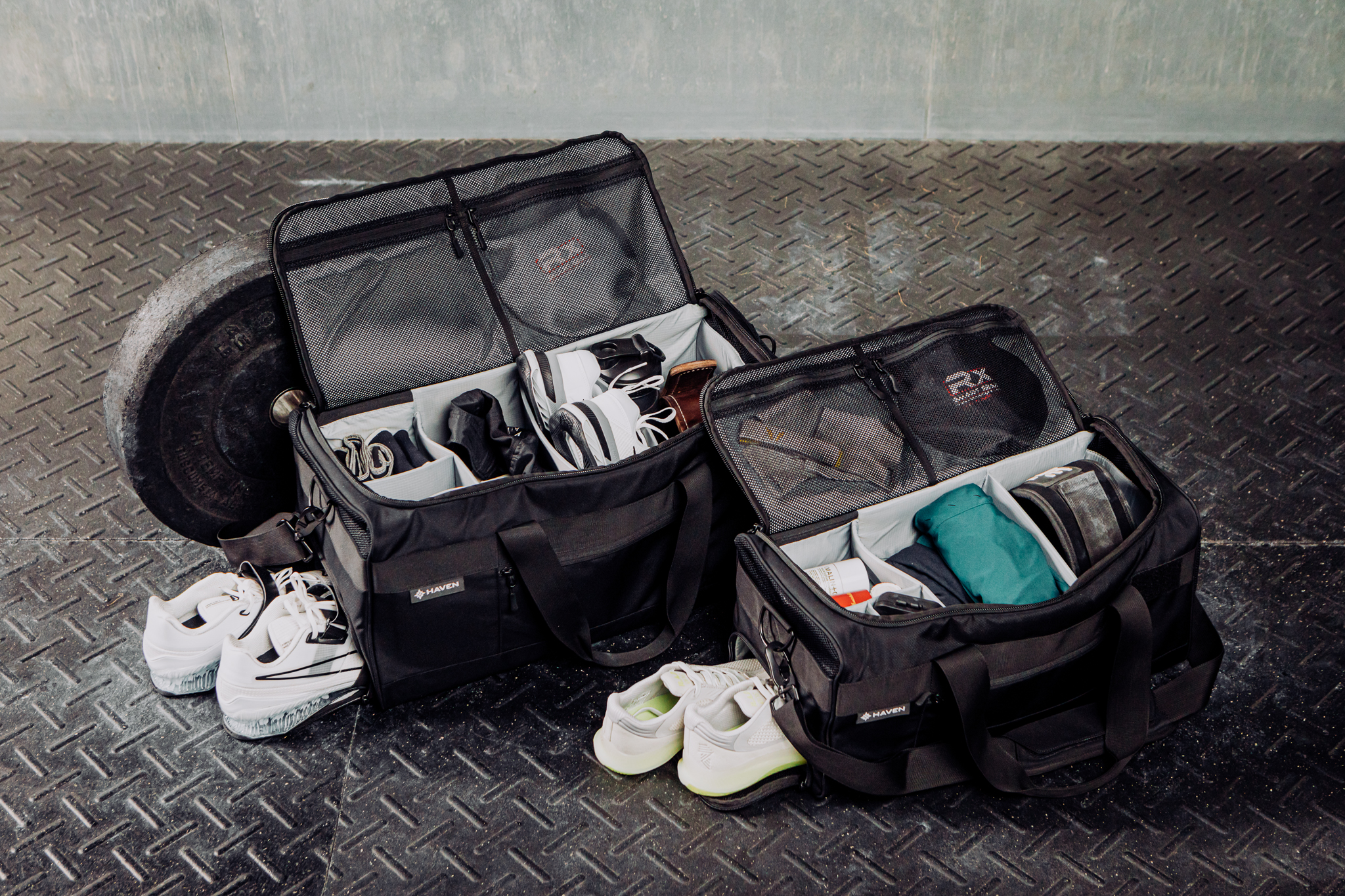 Caleb Ulffers still gets frustrated when he thinks about how his workouts used to get disrupted because he couldn’t find what he needed in his big, disorganized duffle bag that mysteriously lost important things faster than a dryer gobbles up socks.

“I remember I went to the gym one time, couldn’t find my headphones, and I was digging around my duffle for it. I emptied the bag out, pulled the bottom plastic piece out, and I was like, ‘This is ridiculous. There has to be something better,’” he said.

“At that point, I was so frustrated. Like, ‘Where the hell are my headphones?’ This is dumb. I just want to workout. You’re in my way,’” Ulffers said of his long-time gym bag woes.

These frustrations led Ulffers—a seven-year CrossFit veteran who trains at CrossFit Invictus in Seattle, WA—his brother Jacob Ulffers and their friend Nick Chickinelli to embark on a path to create the perfect gym bag for the CrossFit athlete.

“CrossFit athletes do a lot to protect that moment in their day, where you go to the gym. And when you get there, if you’re digging for stuff, or if you have lost something it’s such a small thing, but it ends up becoming a big deal. And all of a sudden you have wasted 20 minutes.”

Their main goal: To help the CrossFit athlete preserve their “precious time at the gym.”

And after doing some market research and realizing that “most gym bags suck,” they started their company Haven Athletic, which has a carbon zero impact through a certification from Climate Neutral, the nonprofit certifying brands like MiiR and Allbirds.

As of today, they offer two sizes of organized gym bags designed specifically for the CrossFit athlete. It was important to them to design a product worth protecting, so they filed and were awarded patents on both of their products.

Haven Athletic must be onto something, as their first run of the larger size bags are sold out, (but they’re getting more in June and you can pre-buy them at a discount now), and their smaller size is still available but going quickly, Ulffers said.

The first problem Ulffers and team knew they needed to solve was an organizational one.

In general, most bags have just one or two pouches, “and that interior pouch is a black hole with all your gear. And it’s really frustrating. You’re digging around for your gymnastics grips or your jump rope, and they’re all wrapped up around stuff because you just throw it into that big messy bag,” he said.

Haven Athletic’s bag solves this problem by including multiple dividers and compartments that allow a CrossFit athlete to keep their bag organized, which Ulffers likened to a camera bag.

A second problem was to eliminate the smell that often goes along with duffle bags. Ulffers and his team fixed this  by putting some vents into their bag, “so it’s airflow through the bag,” he said.

Thirdly, through their market research, Ulffers and his team discovered people wanted more physical structure in their bags, so they’re not always “batting the sides away” to stop the bag from falling in on itself. In light of this, Haven Athletic’s bag has a much more robust structure to it than the traditional gym bag.

Finally, while some bags do have shoe compartments, “the typical experience is that it’s like a dirty laundry bag. You kind of shove your shoes in there, but then stuff gets lost underneath or on top,” Ulffers said. So his gym bag features a shoe compartment they call the “Shoe Garage –  that makes it really easy to slide them in or out,” he said.

Why this Matters for the CrossFit Athlete

For starters, CrossFit athletes have a “shit load of gear,” Ulffers said, laughing.

“They have lacrosse balls and tape, and thumb wraps and knee wraps and knee sleeves, and a leather belt and a nylon belt, and Olympic lifters and Met Cons and a pair of running shoes…Whether you’re a high tier athlete, or you’re in love with the sport and you like gear, it’s targeted at the person who has a lot of gear,” he said.

But more important than that, Ulffers’ bag is about helping the CrossFIt athlete make their workout smoother.

“CrossFit athletes do a lot to protect that moment in their day, where you go to the gym. And when you get there, if you’re digging for stuff, or if you have lost something, it’s such a small thing, but it ends up becoming a big deal. And all of a sudden you have wasted 20 minutes,” Ulffers said.

He added: “You care so much about that part of your day and you’re trying to not let something screw that up. That time is sacred. I clock out of work and I drive to the gym and get into the headspace and I’m trying to have a good workout, I’m trying to push myself, I’m trying to recover, I’m trying to eat well. You put all of this effort into it, and it can be easy for one of those things to throw you off or get in the way of that.”

And having an organized gym bag is one small, but important thing, the CrossFit athlete can do to ensure this time in their day remains sacred.

“Organization leads to clarity, which leads to focus, and all that builds up to having your best workout,” he said.