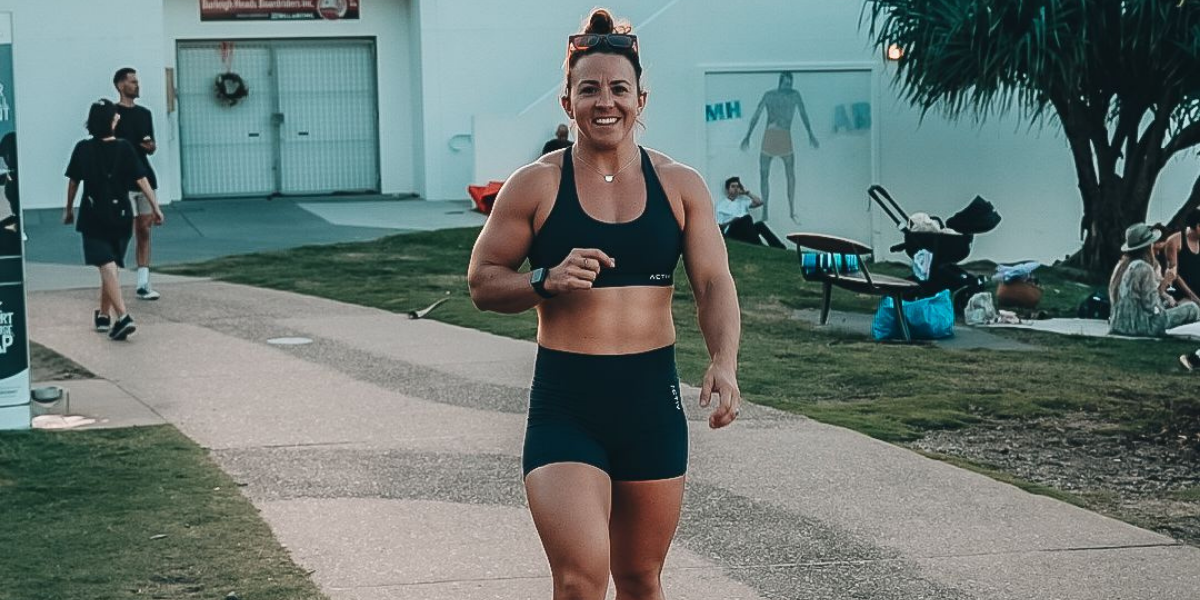 The California summer sun beamed down on Kara Saunders and the other athletes doing the hero workout Murph in the stifling hot soccer stadium at the 2015 CrossFit Games.

Saunders “started to fade,” she explained, but she wasn’t familiar with the signs of heat illness, and considering the situation, the thought of stopping didn’t even occur to her.

“To this day, I don’t remember anything past that. As far as I’m concerned, I ran the final run unconscious.”

“In my head, I was almost like, ‘This would be disrespectful to stop or break or show weakness at any point.’ So in my head it didn’t matter what I felt. I wasn’t going to stop,” Saunders explained.

She remembers doing the final squats, but then she hit a wall.

“To this day, I don’t remember anything past that. As far as I’m concerned, I ran the final run unconscious,” Saunders said. “I have no recollection whatsoever. I only remember waking up covered in wet towels because the medic team had raced me back trying to recover me.”

After that, the weekend was spent trying to recover, which included eating bagels and chocolate from Whole Foods.

“It was the only food I could stomach. I was the most random thing. I don’t eat bagels, and I’m eating bagels and chocolate,” she said, laughing.

Saunders did manage to recover and finish the competition, eventually finishing an impressive fifth overall.

Considering Saunders’ Murph experience at the 2015 Games and how she rebounded— both that weekend and in the following two years when she placed seventh and second respectively—who better to provide Memorial Day Murph tips than Saunders?

Pay Attention to the 48 Hours Before Murph

Many CrossFit enthusiasts who tackle Murph prep prior to Memorial Day spend time slowly building their capacity to get through two miles of running, 100 pull-ups, 200 push-ups and 300 squats, but what often gets missed, Sanders explained, is “the prep a few days beforehand.”

Saunders’ tip: “Make sure that you’re taking electrolytes, that you’re really really well hydrated and you’re having some rest beforehand,” she said.

“For me, I have been taking an electrolyte, carb mix with my aminos, and, I don’t know, the combination seems to be really helping me through long sessions,” she said, adding that carb loading might also be useful in the couple days leading up to Murph.

Generally speaking, most of us might choose a running shoe for running, a lifting shoe for squatting and a super light shoe for pull-ups, but since Murph has all of the above movements, choosing the right footwear is key, Saunders explained.

For her, the right footwear for Murph would be the inov-8 F-LITE FLY G 295, a cushioned running shoe with graphene-enhanced foam.

“I really like the F-LITE FLY G 295 because it has a little bit more of a cushion and a slightly more tapered front. It feels kind of like a running shoe, but then you can do really flat-footed exercises, as well. It’s like just the right amount, where it doesn’t feel like too much of a running shoe or too much of a flat shoe,” she said, adding that she can even lift heavy in them,” Saunders said.

That being said, Sunders also said the inov-8 F-LITE 260 V2 would also be a good option, as they’re the shoes she wears the most frequently for almost everything in the gym because of their versatility.

Lose the Ego and Honor Your Capabilities

Having an intimate knowledge of your individual capabilities and capacity will go a long way in helping you decide how best to break up the pull-ups, push-ups and squats, Saunders explained.

And for some, this might mean doing a half Murph or a three-quarter Murph, which is still “a super hard workout,” Saunders offered.

“Work just within your capacity for a particular amount of time, and then you can challenge that the following year. You have to look after your health, too,” she added.

“I definitely think the workout shouldn’t be done based off an ego, because that’s totally not what it’s about. (It’s about) honoring someone who has lost their life. Be where you are. It’s a hard workout either way,” Saunders said.

“People get caught up in their own particular agenda, but you are paying tribute to cause and in memory, so it’s meant to be a very selfless act.”

Ready to make this your fastest year yet?

Take on Murph in the inov-8 F-LITE F LY G 295 . Lightweight and cushioned for running but stable and supportive enough for bodyweight movements to help you crush this year’s workout.