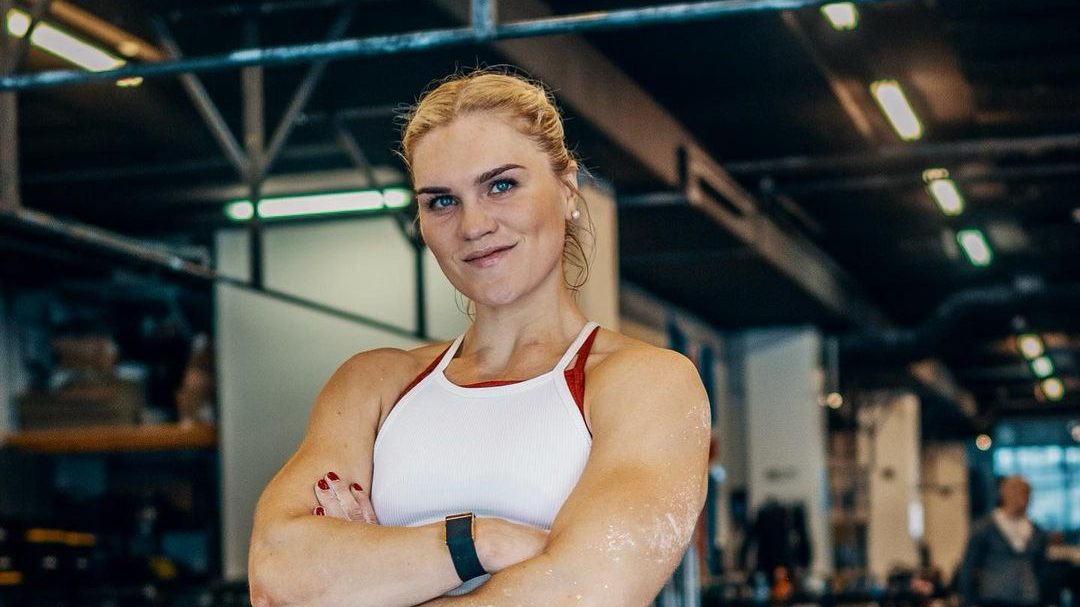 The fourth and final weekend of Semifinals action brings us back across the pond to Europe and London, England for the CrossFit Strength in Depth.

For the third time in its nine year history the event will play host to a qualifying stage of CrossFit Games competition at the London Excel arena, and considering that Strength in Depth was not one of two European events chosen as Semifinals in 2021, it will have the distinction sending five women, five men, and five teams to Games for the first time in this new qualifying era.

This year Strength in Depth will play host to multiple Semifinal champions from last season, one in each division, in addition to a collection of established Games veterans and podium hopefuls. Before we dive into each division, a quick overview of the field.

In the team competition multiple CrossFit Games qualifiers return from a year ago albeit with different rosters and different expectations given the always evolving landscape of the affiliate cup competition. This includes multiple top-10 teams from Madison last year and a historic podium finisher with a new twist.

Shoo-ins: There are two women who primarily fit the bill here based on either an extensive history at the top of the sport, or recent successes that suggest they are firing on all cylinders. Katrin Davidsdottir is competing for a 10th appearance at the CrossFit Games, and is currently on a streak of seven consecutive appearances.

Emma McQuaid has really found her stride in the past two seasons, and is deservedly the favorite this weekend to not only qualify, but win. After winning the Lowlands Throwdown last season, McQuaid notched a career best finish at the Games (12th), before turning heads in Miami by winning Wodapalooza outright. She enters the weekend as the top seeded athlete after finishing 2nd in the Europe Quarterfinals, and nothing about the programming at Strength in Depth gives me pause for her continuing her hot streak.

Games Expectations: This is where the bulk of the women’s field towards the top falls in my opinion due to varying levels of experience and where they fall in their current career arc. Jacqueline Dahlstrom, Emma Tall, and Thuri Helgadottir all have multiple Games qualification under multiple systems in their back pocket, but all seem just a half-step below the consistently elite performers at the Games evidenced by the trio all finishing in the range of 13th-19th overall in Madison after making it through the cuts. All three should be in contention most of the weekend, and the change from a virtual Semifinal last year to an in-person one this year should have little effect.

Sam Briggs is a unicorn in this scenario given that this is her final year competing as an individual, she needed a backfill invite to make it this far,  but as a former champion and consistently high performer in live competition the expectation is always for her to compete for a Games spot. She’s attempting to qualify one last time at 40 years-old before switching gears in her career, and there are a handful of events, namely Event 1: Havisham, and Regional IE5 Leglless rope climb workout programmed by CrossFit that are right up her alley. A 10th individual appearance at the Games would be the perfect swan song for such a terrific ambassador of the sport and community.

Bubble Athletes: Things get interesting on the bubble in London, as there are plenty of athletes with experience at this specific competition stage that have yet to break through to the Games as individuals. Two in particular stand out.

Evie Hollis and Tayla Howe are two younger athletes from the U.K. that found some success last year at Semifinals and have potential to shake things up this weekend. Hollis missed the Games by just one spot at the German Throwdown while Howe was 11th at the Lowlands Throwdown. Both showed up in the off-season at major competitions with Hollis heading to Dubai (16th) and Howe to Wodapalooza (13th) in hopes of building more live competition experience for this season.

Wild Card: The next Icelandic “Dottir,” to break through as an individual could be Solveig Sigurdardottir. After a couple years at the Games spent on a team, she’s made more of an individual push in recent years and has slowly improved her standing in Europe. She’s coming off arguably her best individual performance yet in Quarterfinals where she finished 8th overall and is 4th highest seeded athlete in the field. She’s been training in Mallorca, Spain alongside the likes of Dahlstrom and the rest of The Prgrm stable of athletes and could be a break out athlete this weekend.

Shoo-ins: Under different scenarios this might be different, but given the context of the past few seasons the only true shoo-in on the men’s side at this point is Jonne Koski, who has already earned himself a seat amongst the best Games athletes ever to come out of Europe on the men’s side. Koski has had back-to-back career best finishes at the Games (7th – 2020, 6th – 2021), and despite off-season shoulder surgery, all signs point to him being back to full strength this weekend. Koski sometimes gets overlooked because of his quiet demeanor but he is undoubtedly the frontrunner on the men’s side after winning the German Throwdown last season, wearing the white leaders jersey at the Games on multiple occasions, and seven individual appearances at the CrossFit Games.

Games Expectations: There are quite a few athletes in this category but I’m going to lead with Willy Georges because it could be argued that he is a shoo-in given that when healthy he is a top-10 contender at the Games. Unfortunately we haven’t seen Willy at the Games since 2019, and he’s coming off a season lost to shoulder surgery. His performance at Dubai (5th) this past December and in the Quarterfinals suggest he’s back and on the right path.

The Games qualifiers out of Europe last season that are generally in the same boat as far as storylines go are Andre Houdet, Henrik Haapalainen, and Giorgios Karavis. The trio qualified as rookies virtually last season, with Happalainen and Houdet cracking the top half and avoiding cuts. All three hit the off-season circuit but with mixed results. Houdet withdrew from Rogue, and Haapalainen and Karavis both managed to finish well in Dubai with a more approachable field competitively. Avoiding a sophomore slump with a second consecutive qualification in a live environment would solidify their status.

Elliot Simmonds missed out on the Games and narrowly missed the Last Chance Qualifier last season by finishing 10th at the German Throwdown, but experience is on his side having qualified both in person through the Meridian Regional in 2018 and through the Open in 2019. He’ll be on home soil this year and should get off to a strong start in event 1 to set the tone for his weekend.

Bubble Athletes: Alex Kotoulas has essentially spent the last three seasons on the bubble. In 2019 he missed out on a direct qualification through the Open by a handful of spots on the worldwide leaderboard, and by one spot in the national champion race for Greece. He finished two spots shy of qualifying last year at German Throwdown. The programming lines up reasonably well for him this weekend and this could be his best chance yet.

Guillaume Briant, PD Savage, and Tommaso Pieri all had respectable performances in Semifinals last year in the range of 10th-13th, had strong showings in Quarterfinals this year to start the weekend in the top heat, and should be at least in consideration for a Last Chance Qualifier bid.

Wild Card: The most intriguing case for a wild card this weekend is Kristof Horvath who will start the weekend in the first heat. It could be a feast or famine weekend for him due to the fact that he excels at lifting and work on the machines, but might be a step behind in some of the gymnastics elements. A couple home runs is all it takes to make a splash.

CrossFit Oslo Navy Blue is the clear favorite here and not only should they be expected to win, they should do so decisively. Ingrid Hodnemyr and Lena Richter are as good a female pairing as any in the team competition outside of Cookeville, and the lone change from their roster that finished 2nd at the Games last year is the addition of three-time fittest man in Norway Nicolay Billaudel.

Their finish last season made history as they became the first European team ever to podium in the Affiliate Cup, then Richter and Hodnemyr teamed up with Kristin Holte to win the elite women’s team division at Wodapalooza. CrossFit Reykjavik deservedly has gotten a lot of hype, but Oslo Navy Blue is the team with the Affiliate Cup hardware.

The remaining contender teams – including some top performers in Madison in 2021 –  have all had some level of turnover with their rosters in the past year adding some complexity to the competitive landscape:

One thing to note: It appears that the Butchers Lab Rib team has had to withdraw due to injury, which has made a clearer path for some of the top teams out of Quarterfinals that are in serious contention looking to and could breakthrough this season like CrossFit Trondheim, CrossFit Mayflower, and CrossFit 8020.

To get our teams of expert’s full list of predictions for Strength in Depth 2022, check out our latest predictions episode of The Bottom Line: