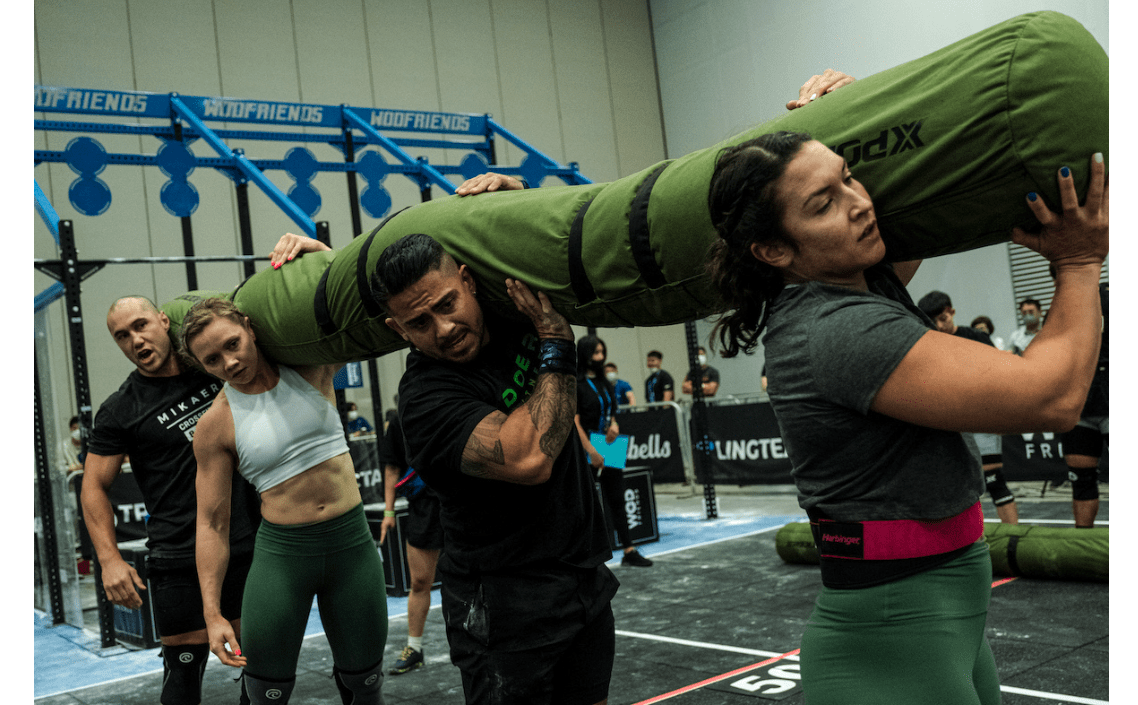 A South African, Brit, Kiwi, and Guatemalan walk into a gym in Abu Dhabi, UAE…. The punchline? This multi-national team of athletes qualifies for the CrossFit Games. Now, Yas Black, consisting of Gemma Radar, Martha Cook, Michael Mikaere, and Paolo Rossil aim to add to the CrossFit Yas legacy.

Although Yas Black are all Games rookies, the athletes boast six Regional, one Sanctional, and six Semifinal appearances between them. This experience proved helpful when they took the floor in Busan, South Korea for the Far East Throwdown. After a second-place finish in the Asia Quarterfinals, the question was how (and if) their performance would translate on a live competition floor.

Yas Black proved their consistency through Quarterfinal and Semifinal weekends and demonstrated their strength as a team, battling between KT CrossFit Kolesnikov and CrossFit Alioth. While they didn’t best KT CrossFit in any workouts, their Quarterfinals performance is not entirely indicative of what they hope to achieve in Madison.

There are only three spaces on the podium, but each team in Madison has worked hard enough to want the best possible finish for their team. While Yas Black doesn’t have a number in mind, they’re striving to make it to the final day of competition.

Yas Black is the first team out of CrossFit Yas since the third-place finish of team CrossFit Yas in 2016. Since then, former team members Jamie Simmonds (Greene) and Elliot Simmonds helped build international notoriety for the Abu Dhabi gym with their Games performances spanning 2016-2020 respectively. Yas Black might not be on the radar of onlookers, but they aim to separate themselves from the past and forge a new name for themselves.

Teammate Paolo Rossil adds that in addition to representing the UAE, they’re also riding off the support of their home countries Guatemala, South Africa, New Zealand, and the United Kingdom.

The crown that they wear to Madison on behalf of CrossFit Yas may be heavy, but the team reflects proudly on the privilege of representing the gym and the country on the international stage. A team of ex-pats, formed in the early months of the 2021 season did what they needed to do to reach Madison. They’ll write the rest of their story this week.