Winning! Tug of War with the Bar for More Powerful Olympic Lifts 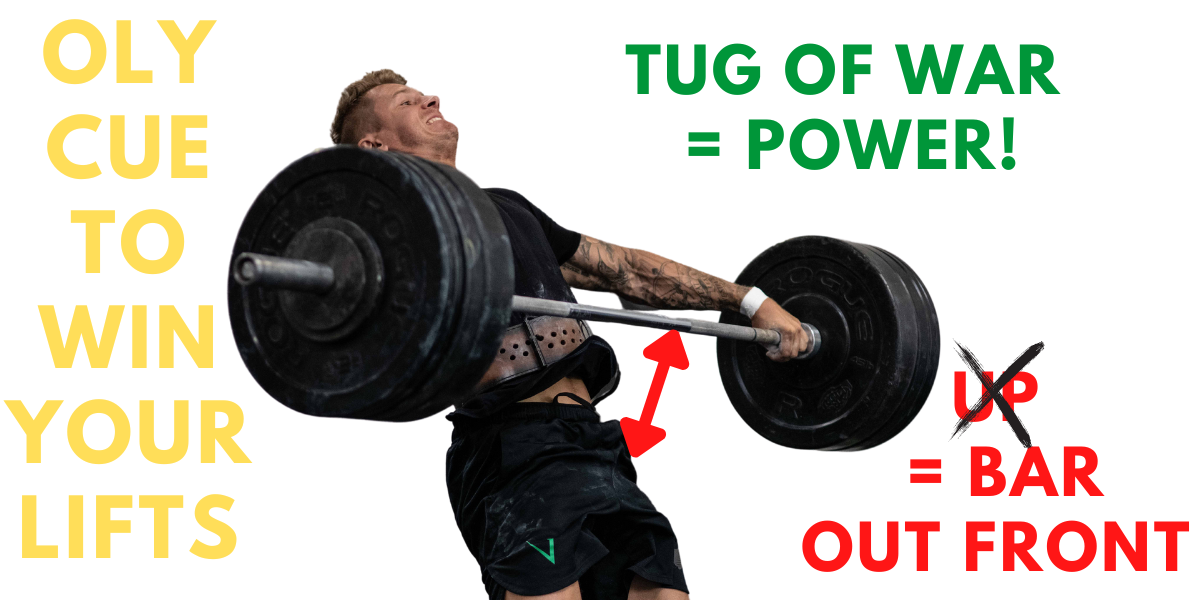 This concept changed my entire relationship with the snatch and the clean: think of these lifts like a “tug of war” with the bar!

Many athletes cue themselves (or are cued by their coaches) to pull the bar UP in the snatch or clean, and this can result in a variety of errors. Most often, you will see that this athlete ends up leaving the bar too far out in front and then later on in the lift, they must bring their hips forward to meet the bar, resulting in it being kicked even further away from their body. Pulling the bar straight up also leads to a much more severe early arm bend because this athlete feels the need to get extra power from somewhere (aka those massive biceps).

This is the Best Cue for Power

Treating the snatch and the clean like a tug of war with the bar, on the other hand, shifts the athlete’s focus on pulling the bar BACK into them, one of the main goals during the lift. The second the athlete launches their body at the bar (like what happens with the “up” cue), they are bringing their power toward the bar which means a forward bar path. When they pull the bar back into them, they are winning the tug of war and by bringing the bar into their power (the hips).

This can be a difficult concept to wrap your mind around but it will make your lifts more consistent. By pulling the bar back into you instead of pulling it up, you will have way more power, control over the bar and better balance.

If your contact with the bar is weaker and/or you find yourself jumping forward – this is a sign that you’re letting the bar win the tug of war. Think of pulling the bar back and you will be able to launch the bar upwards, and directly into your strong ‘uppercut finish’.