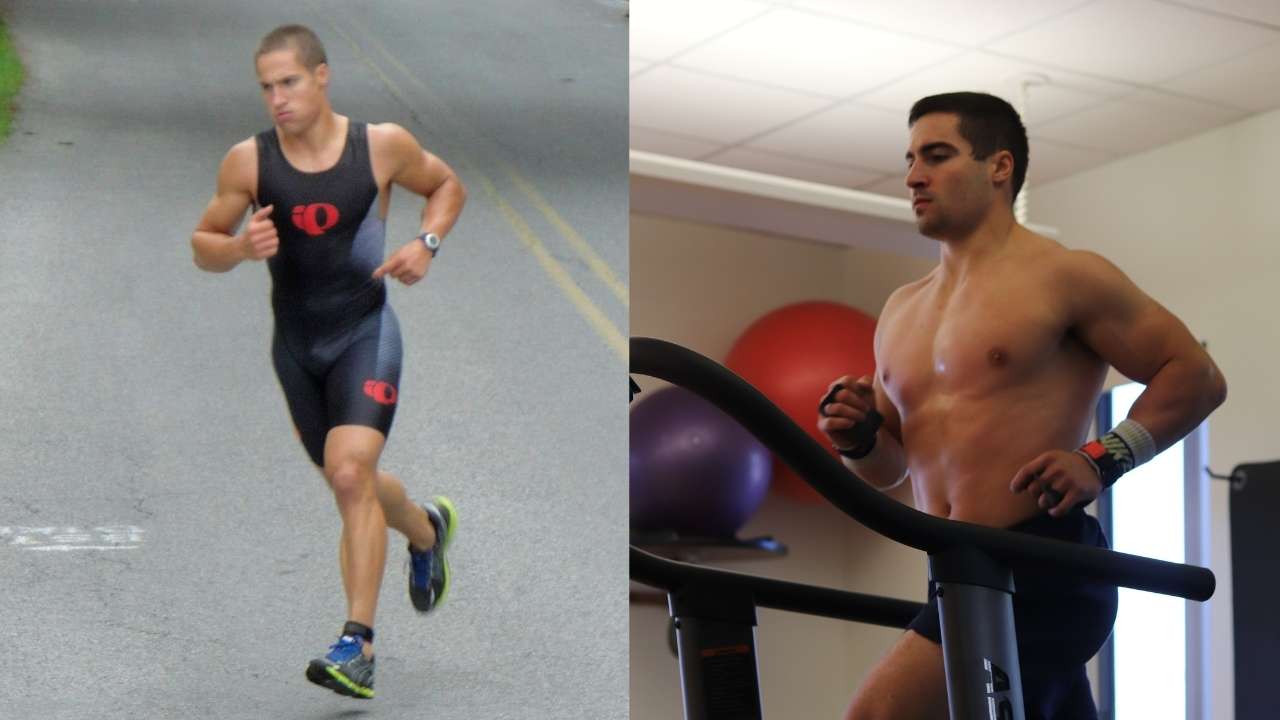 There was a movement in the early 2000s where endurance athletes did low-volume interval work combined with drills to build performance.

Not surprisingly, it didn’t take hold with the endurance community at large.

Because here’s the thing: endurance is a skill.

There’s no way to prepare for cycling for six or seven hours in the 112 mile bike leg of an Ironman if you haven’t spent the hours on the bike.

Endurance is both a physiological and psychological skill.

The way you cope with the pain of short lactic intervals is different from the way you deal with staring in the black abyss of an open water swim for 30 or 60 minutes.

Too often athletes shy away from putting in the volume.

Further, you can’t express (or develop) endurance without volume.
They are highly correlated with each other.

A good rule of thumb in training is as you work to drive adaptation in one arena, allow others to be maintained through maintenance doses.

The same thing applies to undulating volume and intensity, and triathletes and other endurance athletes do this well.

The most traditional periodization model for triathlon, especially shorter events (ie. sprint triathlons), is building volume in the beginning of the competition season when you are the furthest away from the event. Intensity (pace) stays relative low on most of the training days and mileage builds progressively week over week…

Once volume (mileage) has peaked, it will then slowly begin to fall again, as intensity (pace) builds.

For shorter events, this typically means building past the tested mileage before tapering back. While if you’re preparing for a super long event, you opt to build volume all the way up to the event.

This volume / intensity matrix allows for a robust oxidative (aerobic) system to be built early on, including all the adaptations that support that: stroke volume, respiratory endurance, tissue tolerance, capillary networks, etc.

Then as you approach the event, you replicate the intensity you will need to express on “game day.” It's now about converting that aerobic endurance into aerobic power.

Much like the Sport of Fitness, triathlon is about total time, which includes transitions. Therefore, you need to weigh the pros and cons of each additional piece of gear you change at each transition.

Do you put on socks & shoes or just shoes? If you choose not to you are likely to save time, but you could risk getting blisters. The result becomes using a substance like baby powder to reduce friction and can be put in the shoes prior to the event.

An important aspect of transitions is planning ahead and minimizing the number of steps / actions in each.

However, it’s also important to practice the transitions. There’s two ways I would go about this before an event.

First, I would start completing more dual discipline days, where I might run and bike in the same training session. These sessions provide valuable experiences in how it feels to transition from a hard swim to the bike or a hard bike to a run. And they also allow you to gain experience with the transition itself. I would set my shoes and a visor in my front yard and execute a precise, efficient transition coming off the bike.

Second, I would drill transitions on easy days. I would setup my bike station (transition 1), then swim 50m at a smooth pace, coming out of the water and quickly getting on the bike, building to speed for a few hundred meters. I would reset my transition station and repeat several times. Then I would do the same thing for transition 2 (bike to run). While monotonous, accumulating these reps was invaluable to my game day performance.

Transitioning from one movement to another is not just challenging from a psychological aspect, but from a physiological one as well.

Here’s why: your body optimizes for each movement and there is lag time during the onset of starting a new movement.

When you’re swimming, the blood vessels of the musculature involved in your swim stroke dilate. Blood is circulated through the lats, triceps, forearms, etc. This is a challenge for not just that local tissue, but also from your global systems (heart and lungs).

Your heart has to contract strong enough to push blood into your muscle between contractions of your lat. However, your heart is also taxed with the job of providing life-sustaining blood elsewhere in your body as well.

The demands on the heart are reduced (you're more efficient) if blood flow is restricted to non-involved muscle groups and regions of the body.

In other words, when your biking, blood flow will be restricted to the upper body so the heart doesn’t have to work as hard to drive blood into the legs.

This is fantastic and leads to a better performance, but it can also lead to issues if blood flow redirection (blood shunting) doesn’t happen quickly enough between movements.

For example, when you come out of the water, most of your cardiac output is directed towards the upper body, and it’s not until you’re on the bike that your body realizes the tissues in your lower body need more blood flow, and you will begin to dilate the blood vessels in your legs and constrict the vessels in your upper body.

However, if the process is slowed for some reason, you -at best- feel flat in the first portion of your next discipline or -at worst- get debilitating cramps that halt your movement.

Practicing these types of transitions and optimizing nutrition and hydration can help minimize some of these affects.

Proper fueling can’t make up for a lack of fitness; If you don’t have the capacity, there’s no way around it.

However, improper fueling can throw you off and can easily ruin months of preparation.

In other words, you can’t win by being well fueled but you can lose if you bonk and run out of fuel or have GI distress.

As a result, most triathlons -excluding extremely short events- will require intra-event feeding and hydration.

If an event is more than an hour, you will want to consume some form of water and easily-digestible food, mainly carbs.

Between water vapor being expelled from your breath as a result of metabolism (work) and losing water and electrolytes through sweat, you can dehydrate yourself fairly rapidly during an event.

If the event is short and you are well hydrated going into the event, the amount you dehydrate won’t negatively impact your performance. And choosing not to put anything into your body takes away one more variable in a long list of things that could potentially throw off your performance.

But in long events there’s no way around it: you must refuel and rehydrate.

In an event that is less than 90 minutes, it’s extremely unlikely that you would run out of stored carbs (glycogen), so the primary concern is hydration: replacing water and electrolytes lost in sweat to maintain normal cell functioning and stave off dysfunction like cramping.

In an event longer than 1.5-2 hours, running out of stored glycogen is a very real possibility. There’s two things that can help maintain performance past this time domain.

First is to get more efficient at using fat for fuel by doing long, easy aerobic work (aka. LSD model).

Second is to eat during your event. Food in liquid form (fruit purée, molasses & honey, carb + BCAA drinks) will help maintain blood sugar which can easily be consumed by working cells.

The best strategy for hydration and fueling is to be proactive and never let yourself get depleted.

The expression of endurance is your body adapting to a task.

Do a lot of a particular behavior and your body will figure out a way to prepare itself for that thing.

If you swim, bike and run a lot the systems of your body will optimize for triathlon.

Systemic tension will drop, the autonomic nervous system will tone down, stroke volume will increase, capillary networks will be built, mitochondrial biogenesis will occur...and you’ll be better at endurance activities.

However, the same thing happens for any habitual task.

If you sit at a desk a lot staring at a screen, your hip and neck extensors will be tight and your spine and movement will be biased towards spinal flexion.

If you are a powerlifter and lift near maximal loads frequently, your neural drive, systemic tension and the size of your fast twitch muscle fibers will increase.

We all want a particular output (the goal), however we can’t control the results.

The only thing you can control is the inputs and making sure you are well recovered so adaptability is high.

It’s all about the SRA curve: stimulus, recovery, adaptation.