When Dreamtown CrossFit Built It, the Teens Came 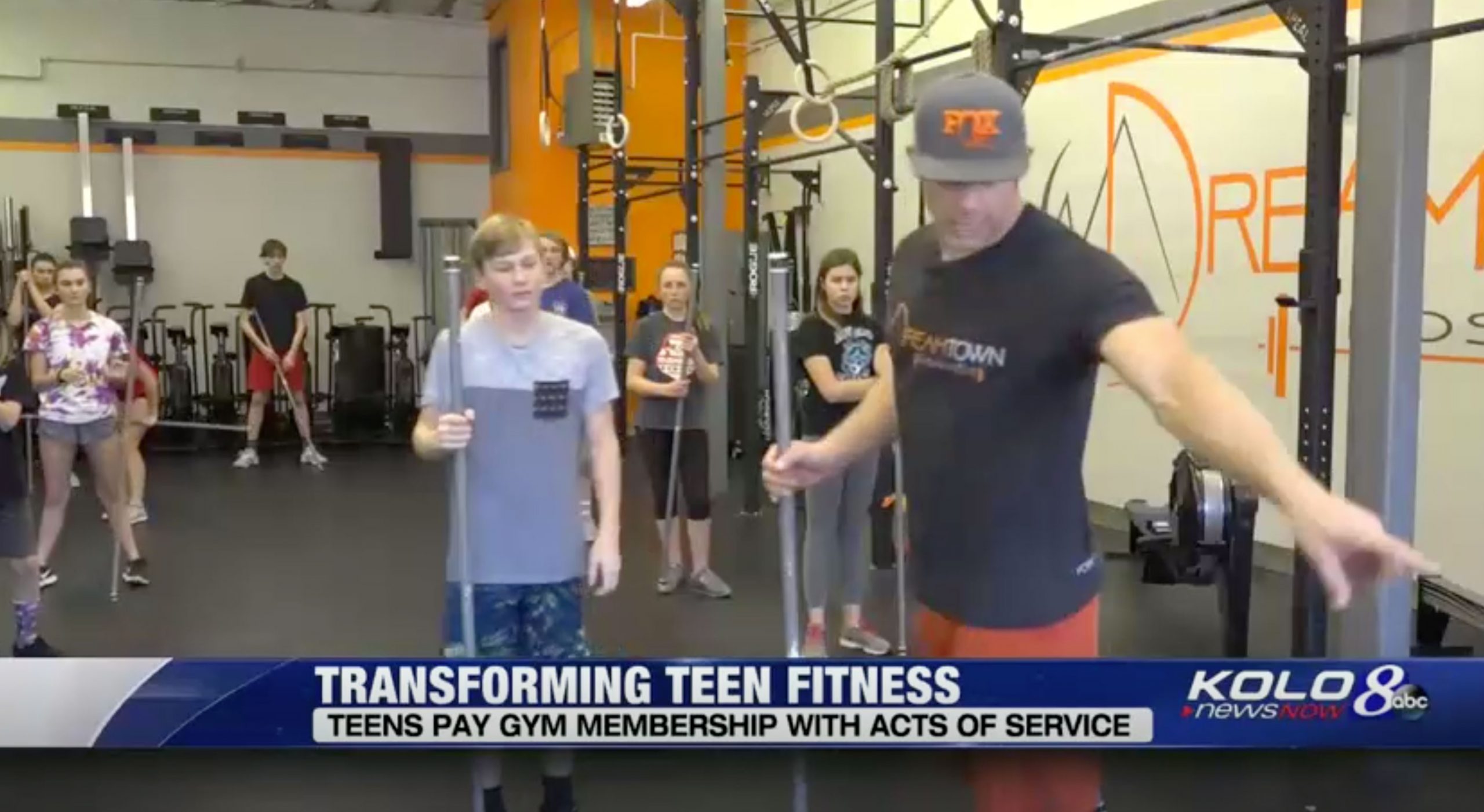 It all started when Jason Berger, owner of Dreamtown CrossFit in Truckee, CA asked for a Onewheel. Dad and son made an agreement: if he sold his Xbox, a heated topic in the home, he could buy the Onewheel. It worked.

It gave him an idea. If he could get other kids in his area to commit to something, then he might be able to get them off the couch and into the gym.

“You know, when I look at my generation, this is kind of our fault. We did this to them,” he told us in a phone interview.

So he started a free kids program.

Yes, free. It costs them absolutely nothing to come to Dreamtown CrossFit every day. Instead, each teen member in the program has to make a commitment to Coach Jason in exchange for their membership.

He wasn’t sure it was going to work at first. “Essentially, what I’m asking these kids to do is put effort into me kicking their butt every day,” he said.

But in September, he started it anyway. In two months, he had 40 teens enrolled in the exchange-based program. They closed registration until they could sit down and re-evaluate. Now, with zero advertising, they have 56 teens. They’ve grown from three classes a week to five, with an average of 14-20 kids coming in every single day.

The kids are gonna be alright.

“The thing is, because their parents aren’t forcing them to come to class, they are free to take ownership of themselves. They manage their membership all on their own,” Jason said. The kids get to pick what they exchange for their membership. “But, it has to be something that they’re struggling with in their life that they want to get better at.”

Jason’s son of the earlier Xbox fame agreed to make dinner at home two nights week so that he can learn how to cook. One teen member, after never eating vegetables, agreed to eat six ounces of vegetables at night and uses a scale to measure them. Three of them volunteer weekly at the local animal shelter. Others gave up soda, agreed to limit screen time, and one committed to being more respectful to his mother.

“We have a contract. If they don’t follow thru, they can’t come in. This gym was started on integrity, and that’s what I expect. If you look me in the eye and tell me you’re doing it, I’m going to believe you. It’s the same as counting their reps. And you know what, they pull their stuff together. That’s what we’re trying to instill in them.”