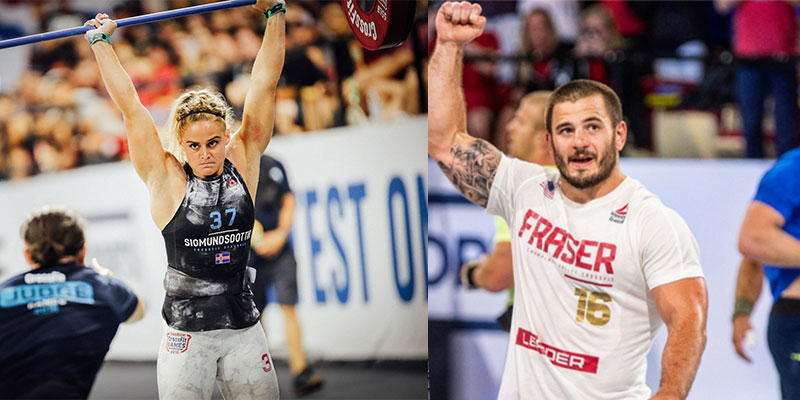 While score verification is still underway and will be for a few more weeks, Mathew Fraser and Sara Sigmundsdottir are the unofficial winners of the 2019 CrossFit Open.

Here’s a quick look at their week by week performances:

Keep this in mind: Neither Fraser nor Sigmundsdottir were required to do the Open in order to go to the CrossFit Games.  Both won a Sanctional earlier this year: Fraser won Dubai and Sigmundsdottir won Strength in Depth. However, both could improve their seed at the Games by performing well in the Open.

A look back on past Open Winners:  Does winning the Open mean you’re going to win the CrossFit Games?

…But let’s not forget, the 2019 is unlike every other Open in that it’s a direct qualifier for the CrossFit Games. One implication is that scores are more directly comparable because top athletes are taking every workout more seriously.

The case for Fraser: By all accounts everything is going according to plan on his quest to tie Froning for the most All-Time Individual Games Championships with four.  Here are some of the significant achievements that he added to his stellar Open career resume:

The case for Sigmundsdottir: 2018 was rough for Sigmundsdottir having to deal with injury at the start and end of the season. Despite last year’s setbacks, this season’s Open finish is not surprising based upon her rebounding lead-up to the Open. After 2017, Sara returned to her native Iceland and has tapped coach Phil Mansfield to overseeing all aspects of her training.  She had two Sanctional 3rd places in Dubai and Wodapalooza, and then kicked off the Open with her aforementioned win at Strength in Depth.  All things are going about as well as possible so far for Sigmundsdottir.

So what are relevant take-aways from Sigmundsdottir’s Open win?

Given the prominence of this Open, does it give more significance to Mat and Sara’s wins with regards to their chances to go on and win the Games?  As outlined above, it is debatable that winning the Open will lead to a Games Championship. Going off just the evidence we have from their Open performances and past history: