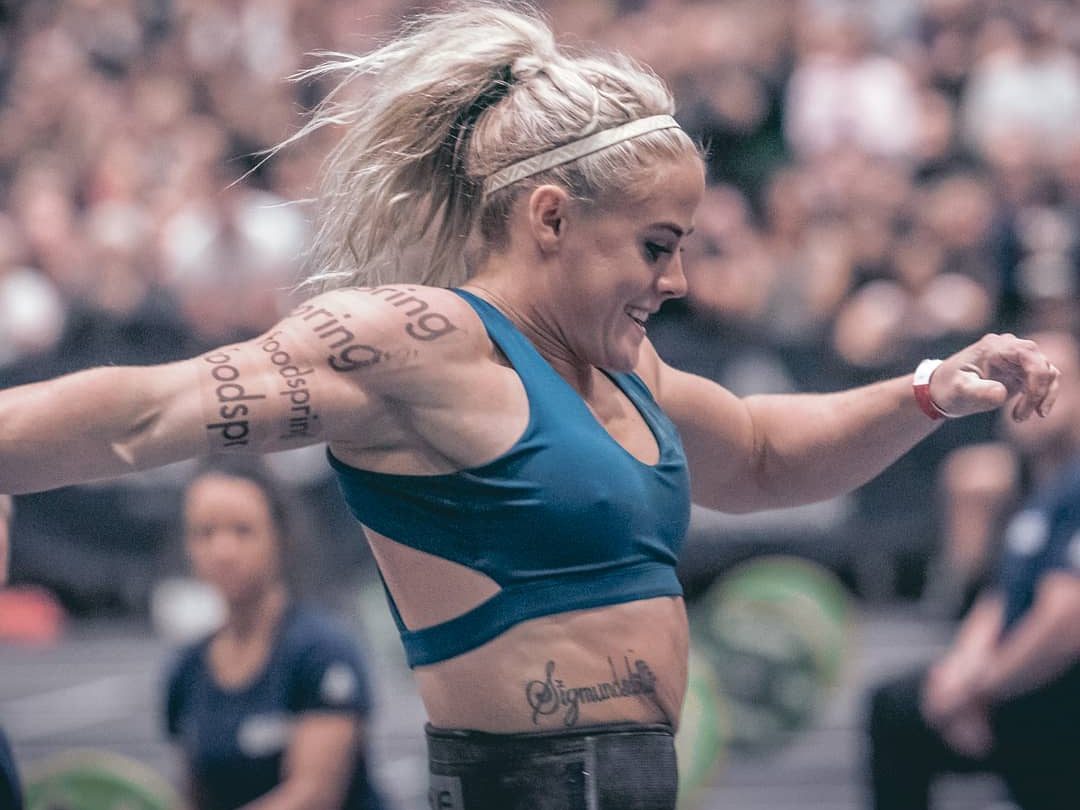 The first year of sanctioned event competition has just come to a close for the CrossFit Strength in Depth. After two exciting days of action at the ExCel London in the United Kingdom, Sara Sigmundsdottir, Bronislaw Olenkowicz, and the Central Beasts team have been crowned champions and earned themselves an invite to the 2019 Reebok CrossFit Games.

If Sara Sigmundsdottir’s primary goal this weekend at Strength in Depth was to get her competitive mojo back, well then mission accomplished.

Sigmundsdottir led the women’s competition wire-to-wire en route to a dominant performance reminiscent of the Icelandic sensation who burst onto the scene with back-to-back podium finishes at the Games a few years ago. 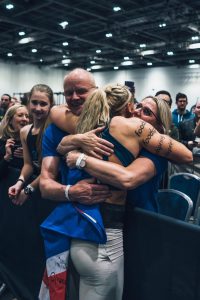 The numbers alone speak for themselves: four wins in seven workouts, no finishes lower than second, tying a personal best in the Snatch as the 3rd workout of the day, and a score in Open workout 19.1 that – as of this article publishing Sunday – stands as the top score in the world for women.

The execution errors and “clumsy mistakes,” that have typically plagued Sigmundsdottir in recent years, were nowhere to be found Sunday. She was nearly perfect winning the first two workouts, and it took a heroic comeback from fellow Icelander Thuri Helgadottir in the final event to keep Sigmundsdottir from sweeping the day by just two seconds.

The finish moved Helgadottir from 6th to 4th overall, and may end up earning her an invite to the Games once backfill spots are handed out, but the day – and the weekend – belonged to Sigmundsdottir.

Sigmundsdottir has now podiumed at all three sanctioned events she’s taken part in, including 3rd place finishes in Dubai and Wodapalooza. More importantly, she’s earned herself the confidence that comes with winning, and can focus on the Open knowing she’s got an invite to the CrossFit Games in hand.

A wild and wide-open men’s competition certainly produced some drama this weekend, as a dark horse from Poland staged an epic comeback to steal the top spot from two other up and comers.

Bronislaw Olenkowicz was the big story for the men in day one after he closed the day with back-to-back wins to grab the overall lead. The final day wasn’t looking good however, as Olenkowicz finished 10th and 14th in the first two workouts, dropping him into 4th place overall going into the finale.

Instead, it was Drew Wayman who clung to the overall lead behind a pair of consistent finishes, but the margins were close. Just 22 points separated Wayman in 1st, and Olenkowicz in 4th. Sandwiched in between were Brits David Shorunke, and Elliot Simmonds.

Olenkowicz stood above the fray, and was the frontrunner from the opening bell until he crossed the finish line to win the heat. Attention then turned to Wayman, and Shorunke and if they could hold on to finish high enough to stay ahead in the standings. Shorunke crossed just seven seconds later, and Wayman another seven after that. 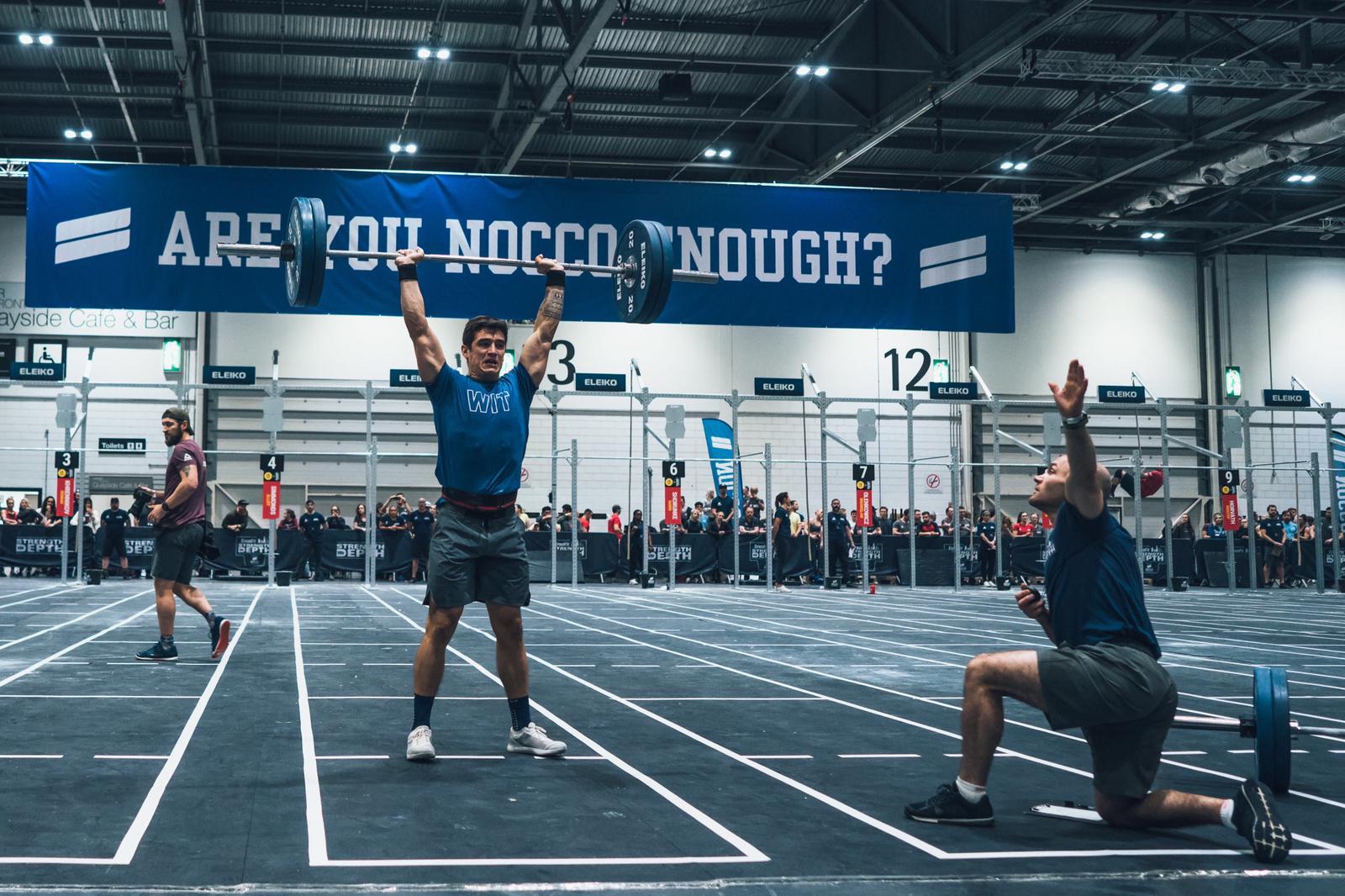 The final event was chaos, as the couplet of rope climbs and heavy thrusters, was fast and only lasted between three and four minutes for most of the final heat. The top athletes were tightly grouped throughout, making the finish order, and overall standing, murky at best.

The entire arena was holding their breath until it was announced that Olenkowicz had catapulted himself to the top with a 3rd place finish in the final event, winning the weekend by just six points over Wayman and Shorunke who tied for 2nd.

For Wayman and Shorunke, it was an opportunity lost as they both came up short by the smallest of margins in a men’s competition ripe for the picking after Willy Georges and Alec Smith – two Games athletes and favorites – withdrew due to illness.

For Olenkowicz, it was a “dream come true,” as he completed the comeback to earn his first trip to the CrossFit Games just one year after missing out by one spot at the 2018 Europe Regional. In doing so, he’ll be the first individual athlete from Poland to make the Games in the Open era.

When asked after day one how they would manage to keep the competitive momentum going after winning every workout so far, the Central Beasts athlete Joey Tortora calmly replied “forget day one, pretend that we’re in last….you let up, someone else will catch you.”

The approach clearly worked, and no one caught them.

The Central Beasts ran away with the team competition winning six of the seven events throughout the weekend, and finishing 80 points ahead of second place as the only team to crack the 600 point barrier.

The lone blemish came in the first workout of day two – a team run totaling four miles while carrying a single wreck bag – where the team finished 11th.

They got back to their winning ways though, taking the top spot in the final two workouts of the weekend, to put a cap on an impressive weekend.

They now join Invictus, ROMWOD/WIT, Project X, and Vondelgym as the first five teams to earn their way to the 2019 Reebok CrossFit Games.