Did They ‘Wing It’? The Women Who Scraped Into The Top 20 Worldwide 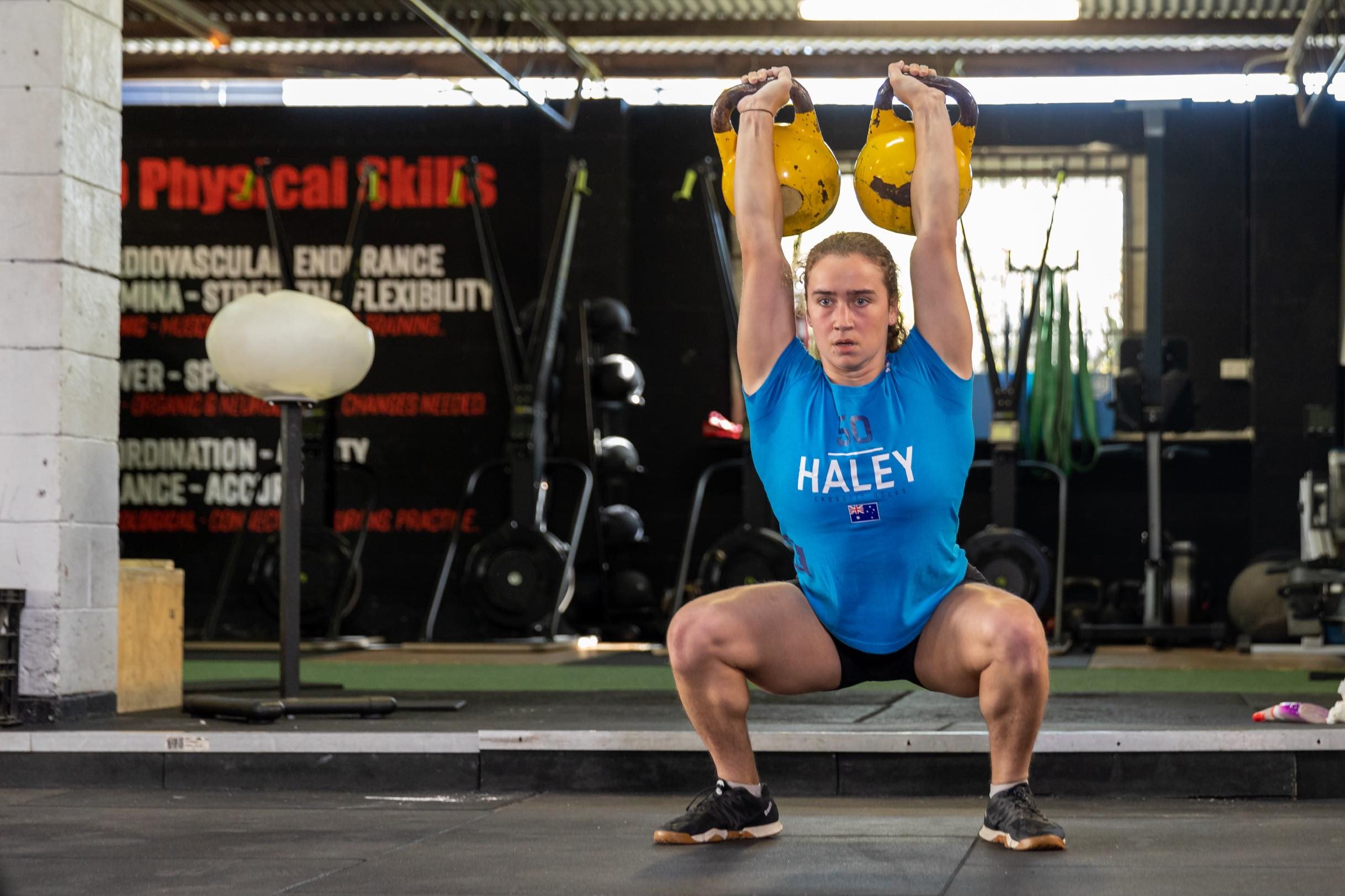 When you crunch the numbers, those who qualified for the 2019 Crossfit Games find themselves in the top 0.0001 per cent of the 357,000 athletes that registered.

No surprise the majority of Open qualifiers are CrossFit royalty, but scrolling down the list of women, those ranked in the late teens are names you’ve possibly never heard of.

“It wasn’t my intention at all to be honest,” says Australian Katelin Van Zyl.

“Of course it’s amazing and I’m super proud and super happy but it was never… our goal was to try and stay within Australia within the top eight.”

The Pacific Region has always been a stacked field in the women’s competition, so no one was more surprised than the three times regionals athlete herself when she placed 25th worldwide in 19.1, a 15 minute couplet of rowing and wall balls.

“I thought, sweet! I’m beating Tia this is awesome,” she laughs, “Let’s see how long I can do this for.”

The former Australian Hockey player would go on to finish in the top 120 in four out of the five workouts.

Van Zyl started CrossFit in 2013, when a jaw injury ended her professional Hockey career. She declined her 2017 regionals invite, falling pregnant with her first child.

“Since having Hunter, my pressure and expectations have totally dropped, I’ve got no pressure on myself,” Van Zyl told the Morning Chalk Up. Katelin’s the first to admit preparing for her debut in Madison and being a young mum has been a real struggle.

Van Zyl is also nursing an SI (Sacroiliac) injury since her pregnancy but says she doesn’t feel the pressure preceding the success of fellow Australian champions like Tia-Clair Toomey.

“I don’t compare myself to everyone else, I just want to literally go there, be prepared as well as I can and just do what I know I am capable of,” she says.

Fellow Aussie Courtney Haley has a similar approach to returning to the Games for her second consecutive appearance. Haley scraped into the Top 20 after Kristi Eramo declined her invitation and Tasia Percevecz went team.

“This season was really uncertain initially when they changed the whole qualifying structure so wasn’t sure that I’d be going back,” Courtney says.

Hayley needs to give herself a little more credit. On her Games debut last year, the 24-year-old placed second in the handstand walk event. She’s arguably a true natural at the sport.

“I’d been doing CrossFit for under a year and I found myself on a team at the Games (2015) and it was a bit of a baptism by fire.”

It wasn’t until she debuted as an individual at the Pacific Regionals a year later and placed 7th that she thought, “Wow I might have a shot at this if I actually you know put some time and energy into it,” she laughs.

Like Van Zyl, Courtney Hayley isn’t without credentials competing and representing Australia in gymnastics for 13 years.

At just 18-years-old, it’s no surprise to see Haley Adams also rounding out the final few spots. Last August, Adams had a Fraser-like-dominant performance in the Teens division taking out 9 of the 11 events.