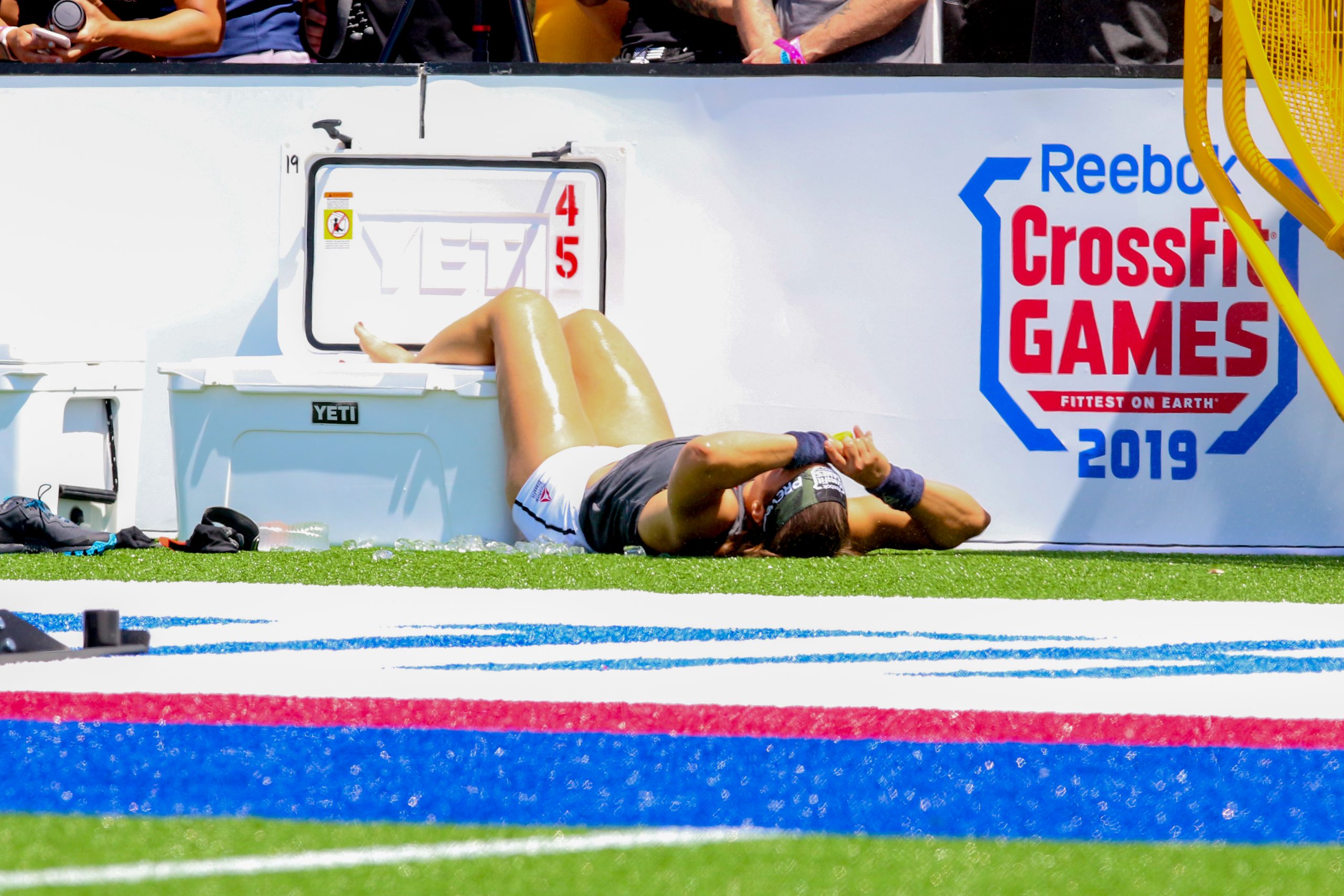 Day two of the CrossFit Games dawned with more outdoor events in the sun, with the temperature in Madison both days in the 80’s. Four straight outdoor events over two days — including a 6,000m weighted ruck — and the sun started to take a toll.

“I think a combination of the leg extensive workouts and the heat are wrecking athletes…I think it’s a combination of both. All the athletes are dipping themselves into the Yeti coolers at the finish and crowding around the big misting fans directly after the finish,” one media photographer on the field said.

Both Chandler Smith and Eik Gylfadottir had to be helped off the field after the Sprint Couplet, while several athletes quickly went to their knees in front of the fan.

“I got pretty badly affected by the heat in event one and I’ve been recovering from that since. We just have to be careful keeping cool between events. There’s lots of ice around. I do my best to stay out of the heat at the best of times,” Pat Vellner told Morning Chalk Up. “The Sprint Couplet was too fast for the heat to affect the athletes but it significantly affected the sleds.”

Meg Reardon, who finished third in the Sprint Couplet, performed well despite the heat. “Training in it is one thing, but being in full adrenaline mode in it takes a toll. But that’s part of the game,” she told Morning Chalk Up.

“The event just kills your legs. It’s a quick burner, but the heat didn’t affect me,” said Emily Rolfe, who sits in 9th place overall after he Sprint Couplet, where she finished 9th.

Training outdoors in the heat can affect performance, and often times even be dangerous. Annie Thorisdottir, Sam Briggs and Kara Webb (now Saunders) all struggled with heat exhaustion during Murph in 2015 in Carson, CA. Briggs took First in that event, Saunders took 13, and Thorisdottir took 33. But Thorisdottir suffered heat stroke and was forced to withdraw and Saunders was taken off the field on a stretcher.