“The Girls.” Where Are They Now? 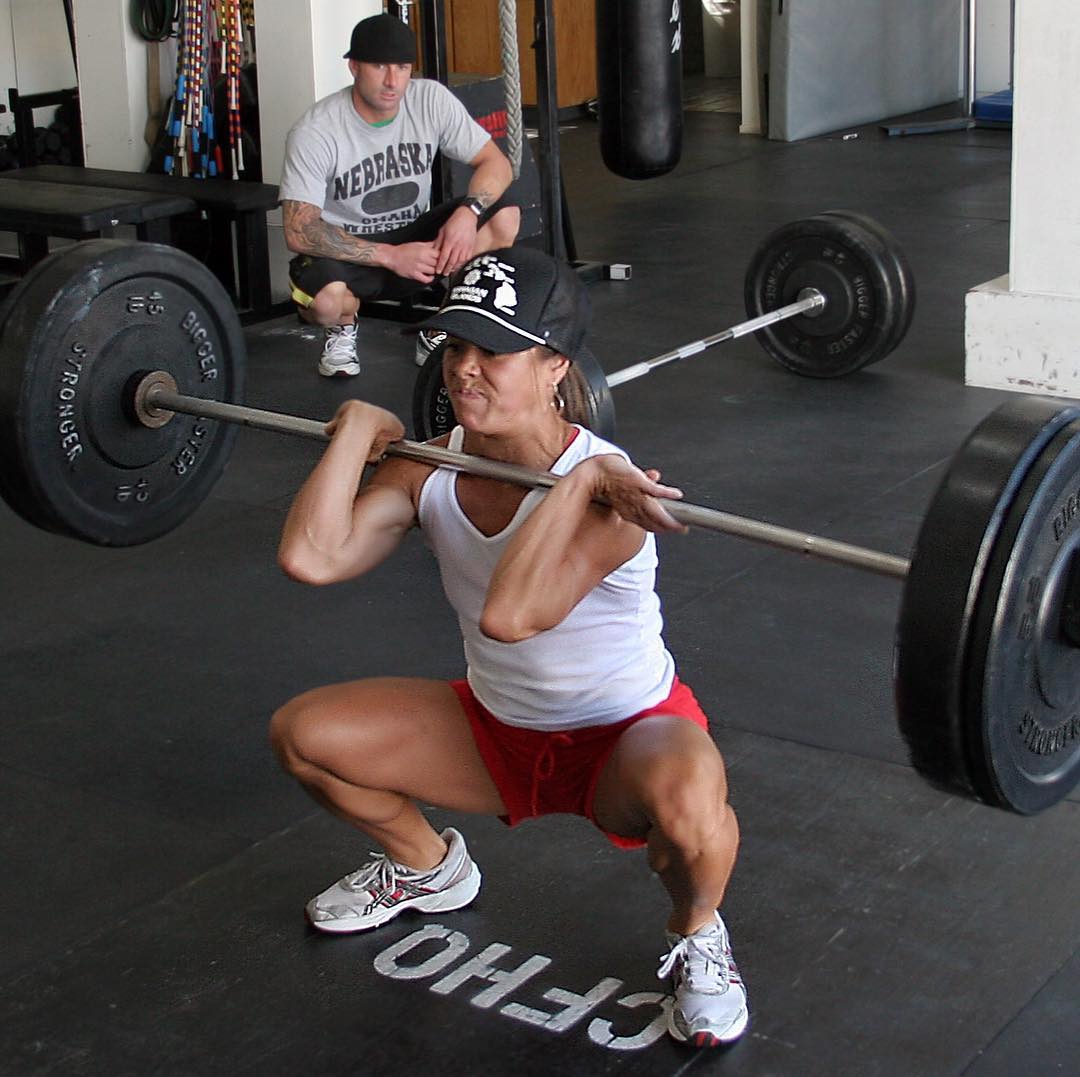 Angie, Barbara, Chelsea, Diane, Elizabeth and Fran – to anyone in the non-CrossFit speaking world these names hold little weight but to us, they’re almost biblical – “The Girls” – or original benchmarks.

Since 2003, their roll call has expanded, but if you ask Coach Greg Glassman the intent has always been the same.

“I thought that anything that left you flat on your back looking up at the sky, asking what the f*** happened to me deserved a female’s name.”

Turns out when we started digging, the origins of some of ‘The Girls’ are a little more poetic.

In lieu of several benchmarks popping up on mainsite of late (and even testing athletes at the 2019 Games) we thought it was time to become better acquainted.

Back in the early days of CrossFit.com, the scores of Kelly Moore were almost unattainable and provided the ultimate benchmark.

The story goes after smashing another one of the daily workouts, she attributed yet another impressive performance to the fact there was no running, wall balls or box jumps in said workout. Not long after, “Kelly” was born.

Nicole Carroll was one for the original ‘Nasty Girls’ (if you haven’t seen the clip, it’s a must watch!) and remains CrossFit’s Director of Training and Certification.

This WOD was originally posted unnamed on mainsite in 2006.

“I literally did that workout … and maxed out every set of pull-ups, so basically every time I got on the pullup bar I went to failure,” Nicole told the CrossFit Podcast.

She describes how it “wrecked” and “humiliated” her, prompting Coach Glassman to give her naming rights.

Lynne Pitts is also still a CrossFit Inc. employee and when she saw this workout posted in 2004, she knew it was her jam!

“Congratulations, Lynne! This workout will bear your name from here on!” he posted on mainsite at the time.

She was an athlete and trainer at Glassman’s first gym and has since made several trips to the CrossFit Games, even competing in the ‘Legends’ category at the Rogue Invitational, 2019.

If ever there was a CrossFitter who deserved naming rights, it’s Annie. Now a mom, she still coaches at her own affiliate in Santa Cruz and commentators regularly.

“I’m almost positive it was Lauren (Glassman) who made up the workout Annie, not Greg. Not sure why though,” Annie told the Morning Chalk Up.

For many athletes (myself included) it’s often the first benchmark completed as prescribed. The workout, like it’s namesake, a fan favorite.

The third ‘Nasty Girl’ is Eva Twardokens or Eva T.

She was one of Coach Glassman’s original clients, after they met in a spin class. The two-time Olympian would go on to become a Level 3 trainer and a specialist coach in weightlifting, running and kettlebells (the latter both appearing in her namesake WOD)

Eva’s still very much a part of the CrossFit community.

You may have seen the hashtag #Eva4Eva earlier this year, prompting athletes to do this workout after Eva T was badly injured in a plane accident. A few months on, we hear Eva’s working hard and making progress with her recovery.

It was the first WOD of the 2010 CrossFit Games to honor Amanda Miller, who’d competed at the Games a year earlier.

Amanda passed away at just 24-years-old, losing a battle with a recurring melanoma. Amanda had always blogged about her CrossFit journey, even sharing her final weeks with the community.

Many of ’The Girls’ are not named after anyone, but when we took the topic up with Greg Glassman, he said they all have one thing in common.

“They are tests for everybody, whether they take you 45 minutes, or two.”

Coach Glassman has always held to the fact his favorite workout is Fran.

“I hate that thing!”

“Anyone who flies through Fran has no respect for a 95-pound thruster – their one rep max is much, much higher,” he told the Morning Chalk Up.

We put it to him, will the Girls one day become stale or will they always remain the yard stick?

“If the girls were all to disappear tomorrow, we would create new ones, as well as a quick way to name them. And if you don’t like ours, pick your own.”