Racing With Purpose: Charity, Struggle, and Plenty of Mud in Kauai 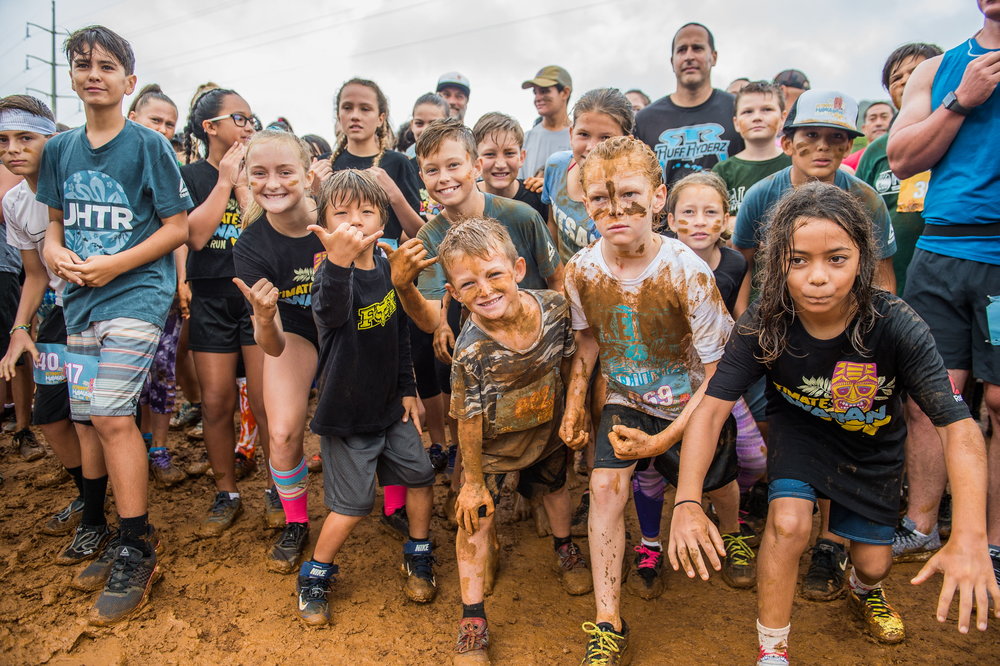 It’s just after sunrise on Saturday morning in the Omao region of the Hawaiian island of Kauai. The normally quiet and peaceful private lands of the Knudsen Trust spanning roughly 3,000 acres on the south side of the island are already bustling and filled with energy. People from all over the world are congregating and getting ready for the 6th annual Ultimate Hawaiian Trail Run (UHTR).

The run – which offers two separate 5k courses, and a challenging 10k course – is a charity race event that serves as the primary fundraiser for the Kauai based Keala Foundation, a non-profit providing CrossFit, food, and transportation free of charge to the children of the island. Each year, some of the biggest names in the CrossFit space including athletes, coaches, and companies, make a pilgrimage to the island in support of the trail run and the foundation.

The UHTR and Keala Foundation were both birthed from the need to combat the often overlooked issue of drug and alcohol abuse that plagues the island.

Known to most as an island paradise that plays host to vacations or honeymoons, Kauai and the state of Hawaii as a whole have developed an underlying substance abuse issue that has worked its way down to the youth of the island. This trend ultimately led Aaron Hoff, to start both the UHTR and the Keala Foundation in hopes of tackling the problem head-on.

In the first five years, the UHTR has raised over a million dollars on behalf of the foundation, with participants hailing from 46 states in the U.S. and 18 countries. The foundation, which started with a single program location at CrossFit Poipu, has grown to three different locations on the island and includes jiu-jitsu, and surfing programs for the nearly 600 kids it serves.

The race itself raises the largest sum on behalf of the foundation, but during the week leading up to the run this year, there were a host of activities and classes offered for participants all aimed at raising money for the cause and made possible through the donated efforts of everyone involved.

By the time Saturday comes along, a sense of community and benevolence is inescapable, setting the stage for a formidable “10-ish,” kilometers (the actual distance was kept purposefully vague) that the kids and adults will run together through the jungle.

“The next four miles are spent zig-zagging up Mount Kahili amidst a variety of challenging terrain ranging from muddy root-laden path, to rocky streams, and covered groves of guava trees and lilikoi vines”

The starting location of the race isn’t exactly a place, but rather a set of coordinates distributed out via email in the days prior, a detail that only adds to the Kauai-ness of the event. A mixture of anxiousness and excitement works its way through the crowd at the start line, as race veterans swap war stories about the highs (scenery, sense of accomplishment) and lows (rain, terrain, and mud in particular places) from previous years.

The race begins after a short speech and prayer from the organizers, and within minutes the dirt roads lined with guinea grass give way to lush jungle and single track trail. The run remains relatively flat until just past the 2-mile marker when, as one of the trail attendants proclaimed “the real race starts.” The trail turns to fire road just long enough for a water station before taking a sharp left turn up and into the mountainside for a climb.

The next four miles are spent zig-zagging up Mount Kahili amidst a variety of challenging terrain ranging from muddy root-laden path, to rocky streams, and covered groves of guava trees and lilikoi (passion fruit) vines. Fallen fruit lines the path of the latter, adding a slightly sweet aroma to the humid air, and offering a delicious treat to anyone keen enough to spot a ripe morsel. The climb up the mountainside is breathtaking, literally and figuratively, and at times is so steep that it requires the help of ropes to climb or descend.

At the 6-mile mark, a grueling final climb to the top is rewarded with a spectacular view of the southside of the island, and the path flattens out just long enough for runners to catch their breath and a photo (if they were brave enough to bring a GoPro) before descending down the last mile or so toward the finish line. In the final stretch, the music playing at the finish line and the MC announcing race finishers is a welcome sound as the feeling of accomplishment sets in.

That’s when the mud comes.

In the last 100 meters, a short obstacle course finishes with a homemade tarp-lined slide into two enormous pits. The inevitable mud baptism adds a signature piece of grit to everyone as they cross the finish line. Despite the red-hued mud caking your eyes shut, it’s impossible to hold back a smile.

One last communal moment takes place as everyone flocks to the shower truck in a mildly effective but hilarious attempt to get the mud off before packing up to leave.

The run experience, and the days leading up to it, are transformative. Over 1,100 people getting together to donate time, energy, and money* to tackle a challenge in hopes of positively affecting those who deserve it most – our youth.

It’s the CrossFit community at its finest – charitable, determined, and kind – with a life-saving impact for hundreds of children on the island of Kauai.

*Note: Although the race is over, anyone interested in donating can still do so through the fundraising pages on both the UHTC, and Keala Foundation websites. Over $317,000 dollars have been raised so far this year. 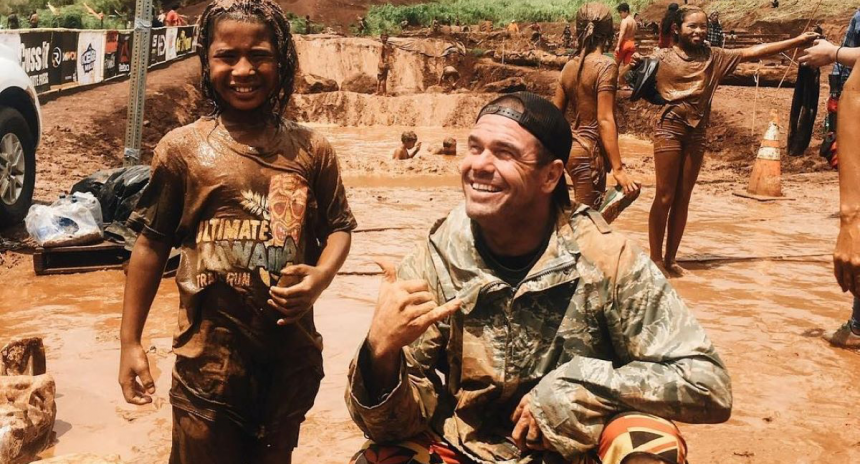 Thinking Outside the Box: Business a “No Brainer” for Games Athletes 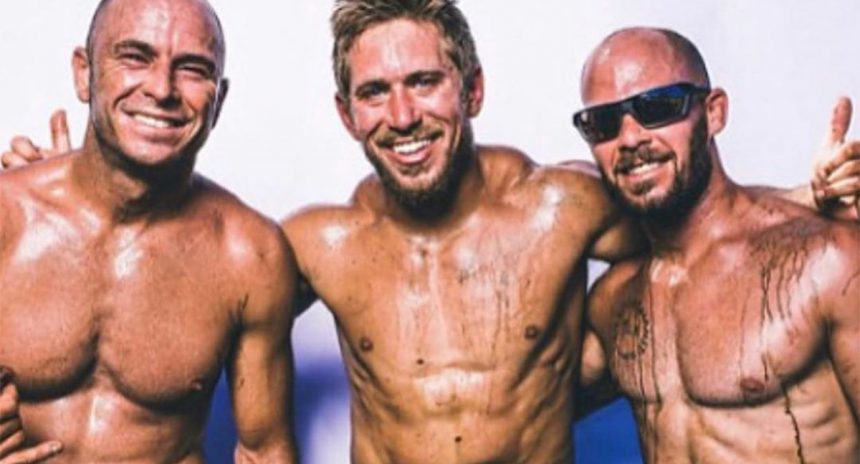 Rescue on the Mountain. How Noah Ohlsen Helped Save a Life