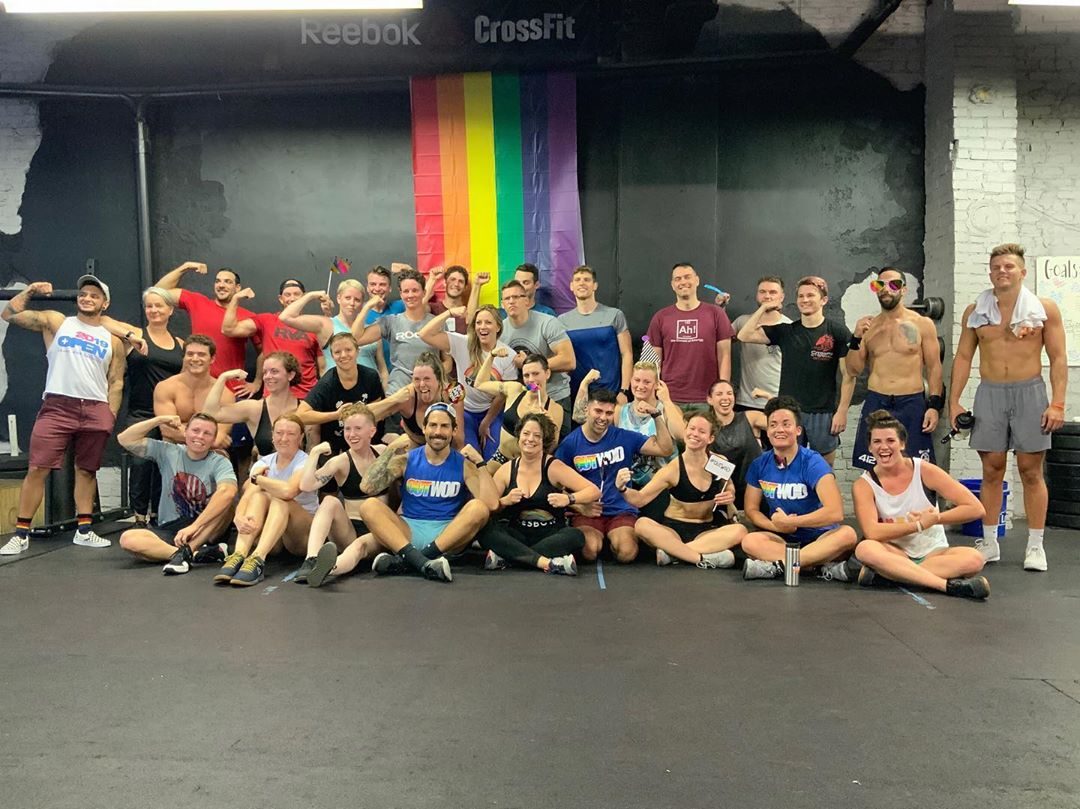 Ask any athlete out there, elite or not, what they love about CrossFit and most of them will say, “the community.” The Open, in its tenth iteration this year, is that community’s time to shine.

With customizable leaderboards, this year athletes can choose to compete with specific groups within the broader community and some of these sub-communities are taking full advantage of the Open.

Harding is making a “comprehensive recap of the Open and a rundown of each age group every week for the next five weeks for the Masters divisions.”  She told Morning Chalk Up she’s enjoying getting to know more about Masters athletes everywhere in the process.

James Free Jr. is a founding member of the Masters Fitness Collective, a group that’s working to bring Masters athletes from all over the world together.

“We just did our first live stream of an open for Master’s Athletes. We had Dave Hippensteel, Ron Ortiz, April Lowe, and Linda Elstun go head to head at Power Monkey Camp as well as Dave Durante and Chad Vaughn,” Free told us.

The Masters Fit Collective “are also live streaming the rest of the open announcements.  [Week 2] is Nick Urankar and Kevin Jones in South Bend, Week 3 is In NJ, Week 4 will be at multiple spots and week 5 is a surprise,” Free said.

Veterans and Military: Cronus Fit, a non-profit founded by two Army Rangers who wanted to help educate and train soldiers, veterans, and civilians, are using the hashtag #cronusfit to bring all branches of the military, active or not, together during the Open and draw more attention to their cause.

“We use the sales from our programs and merchandise to help pay for our charity work. We recently awarded three scholarships to Army veterans who are pursuing secondary education,” Bobby Zhang said.

Sober in the Open: Carleen Mathews, who has long been vocal about her sobriety and CrossFit, working often alongside The Phoenix, has added the hashtag #sober to the Open Leaderboard.

“I added the sober hashtag, our recovery class will be doing the workout, but most can not afford to sign up.” Mathews said she loved the idea of people in recovery having a leaderboard hashtag to bring them together during the Open.

Chris Hoppe, who manages the CrossFit branch of The Phoenix, told Morning Chalk Up, “There’s something about completing your first open Wod with your crew, that makes you feel like anything is possible. A glimmer of hope arises within that makes you believe that you can beat substance use disorder. The open gives us another way to unite our communities and show that we are not alone, and together we can Rise As One.” The Phoenix is using the hashtag #riseasone.

Out in the Open: Will Lanier, Executive Director of the OUT Foundation , said “It may be hard to comprehend, but every time an LGBTQ+ person steps into a gym, and every time we meet someone in life, there’s this fear about ‘coming out’ to them and if it’s safe to do so. With OUT in the OPEN, we’re celebrating LGBTQ+ athlete visibility in our sport, and giving our community a special place to gather, compete, and cheer each other on.”

You can follow along with the OUT in the Open leaderboard.

Once the workout is released on Thursday they adapt it appropriately for all of their athlete categories and subcategories. They release their adapted versions on Friday, exactly 24 hours after the Open announcement, and host the event on Competition Corner for result submission.