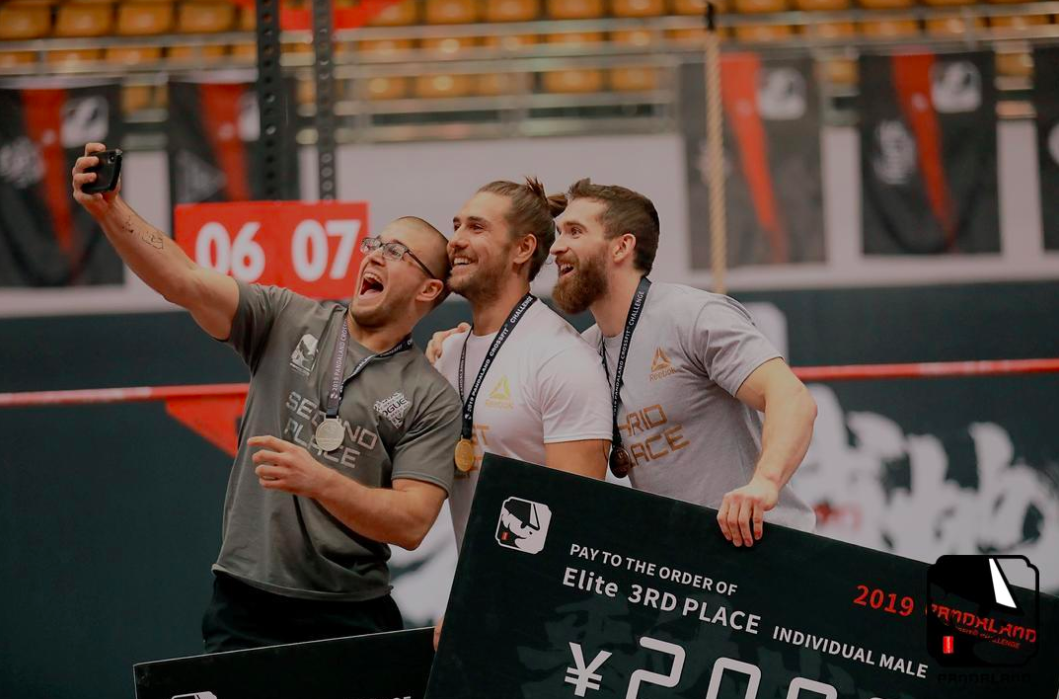 There are three fewer invites available to the 2020 Reebok CrossFit Games, as the inaugural Pandaland CrossFit Championship crowned it’s champions Sunday at the Shuangliu Sports Center in Chengdu, China. The city at the heart of China’s Sichuan Province is known for cuisine and brought plenty of spice factor on the final day of competition as individuals and teams took on two polar opposite workouts to end the weekend.

Team Butcher’s Lab came into the day with the overall lead but there wasn’t much breathing room between them, The Athlete Program, and CrossFit Tirius. After closing day 1 with back to back wins, the team from Denmark made it three in a row by blasting the 300 pistol buy-in before out-lifting the rest of the team field in the max clean and jerk that followed. Heading into the finale, they needed a 4th place finish or better to seal the deal and book their trip to the Games.

They wouldn’t need that much slack in the finale however, as they ripped off massive sets of toes-to-bar, pull-ups, and bar muscle-ups to close the competition with four straight workout wins. Their lone blemish came in the form of a 3rd place finish in the first workout of the weekend, but they quickly regrouped and were flawless the rest of the way. The Copenhagen based team now has another long fitness trip in their future as they leave China with a playdate in Madison in their back pocket.

Harriet Roberts capped off an impressive performance by staying perfect on Sunday, winning both workouts handily and remaining near perfect on the weekend. The first event of the day was a 1 rep max snatch in five minutes with a 50 bar-facing burpee buy-in. Roberts was the third in her heat to finish the burpees, but once the weight started flying she jumped right back to the front. She made all her lifts to give her the win and a commanding lead going into the last workout. The finale played out much like a victory lap for Roberts, who led from the front and cruised her way to her fourth consecutive event win.

Roberts now earns her very first invite to the CrossFit Games as an individual after being a fixture on the Australian CrossFit scene since 2012. Multiple trips to the Games on a team and four top-ten finishes as an individual at Regionals – including a 6th place at the 2016 Pacific Regional – means that the win in Pandaland finally brings her the title of “individual Games athlete,” that has eluded her the past eight seasons.

Coming into the day Jacob Heppner held onto the top spot overall, but the Games invite belonged to Khan Porter in second with a bevy of athletes close behind him. In a move that was equal parts brilliant and risky, Porter went for broke on the 50 burpee buy-in that preceded the 1 rep max snatch and was the tie breaker in the workout. Porter was the first athlete to finish the burpees, and as athletes rushed to get snatch attempts in before time cap, he managed to hit a 265 pound lift that would match three other athletes and catapult him into 2nd overall in the workout thanks to his tiebreaker time.

Needing a 4th place finish or better to secure his Games invite and the overall win, Porter stepped up to the challenge in the final event, trading the workout lead back and forth with Heppner throughout before eventually taking 2nd in the workout just a few seconds shy of Heppner. The win now earns Porter his 5th Games appearance as an individual, and a huge confidence boost knowing he went toe-to-toe with the 6th fittest man from 2019 in the process. In 2020 he’ll have the chance to improve on his career best 24th place finish as an individual at the Games in 2018.