With New Movements, “DCF Original” Throws Back to Origins of Dubai Championship 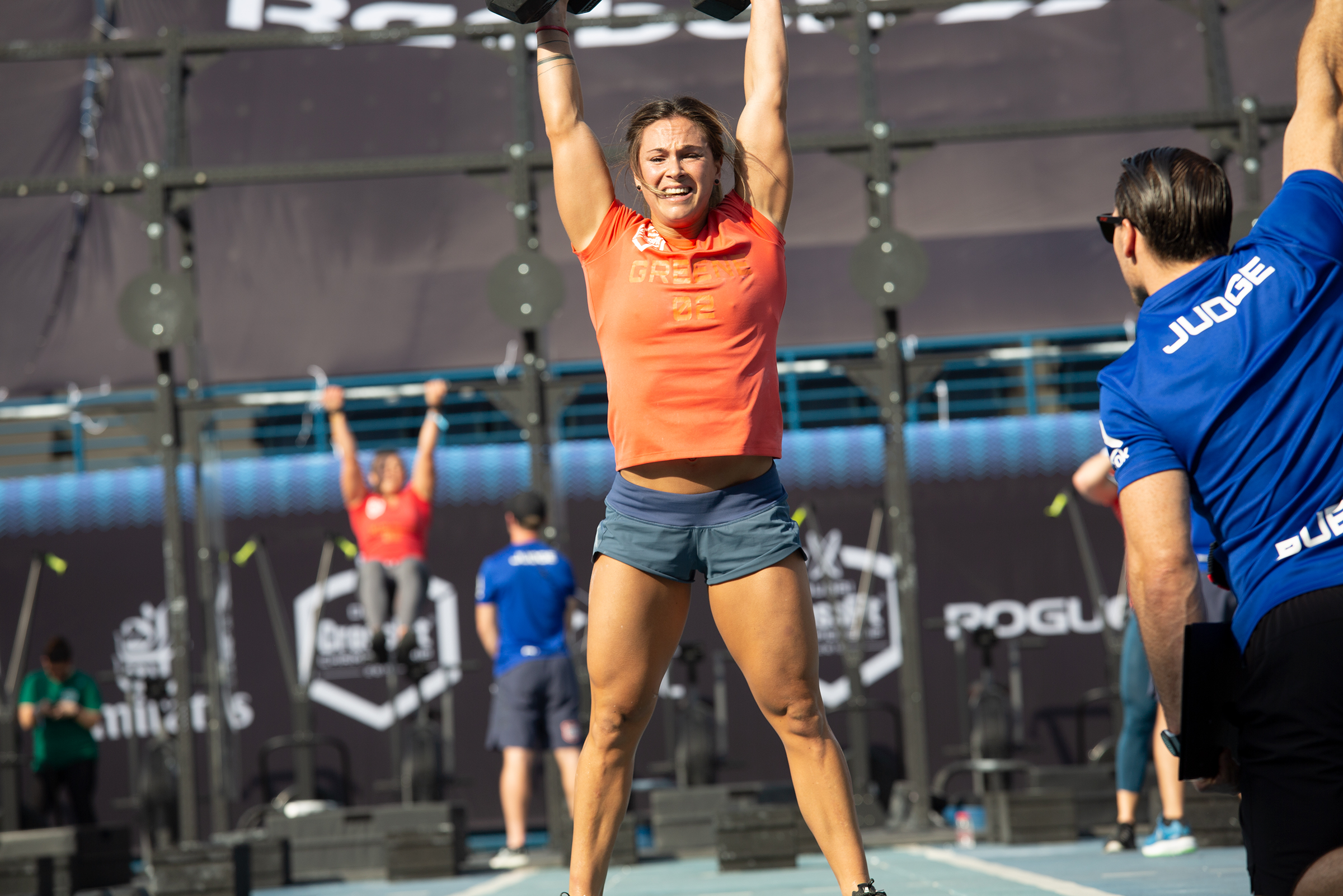 New movements for some but these three — flying push-ups, deck squats, and A jumps — are all classic tests from Dubai’s earliest competition days.

All three of those movements, as well as the reverse grip chest-to-bar pull-up are new to official CrossFit events.

“We wanted to give them a feel of the origins of Dubai CrossFit Championship,” said Saud Al Shamsi, director of the DCC.

Event 8 was appropriately named “DCF Original” as an ode to the origins of the competition. All three of these movements were programmed in the first Dubai Fitness Championship back in 2012, and were regularly programmed through 2014.

Jamie Greene, who took the overall event win, is no stranger to any of these. The third fittest woman on Earth actually won the 2014 Dubai Fitness Championship, the last year they were programmed.

“2014 DFC we did the deck squat with less weight but four-times the reps,” Greene said. “The A frame squats, I actually remember doing a 20-minute AMRAP back in 2014 of them and pull-ups. Miserable.”

Greene’s familiarity with the movements proved an asset as her first-place time of 10:58 was 59 seconds faster than second-place Sara Sigmundsdottir.

In an earlier heat, Eik Gylfadottir had one of her best finishes of the competition. She was one of only eight athletes to finish all reps in the workout though she failed to cross the finish line under the time cap. Gylfadottir, too, has experience with some of these elements in the gym.

“I warm-up with weird shit like that. When I’m training I try not to just do CrossFit HQ movements,” Gylfadottir said after the event. “It’s new in a competition setting and maybe different weights, like I’ve never done A squats with a weight on my shoulders, but it’s part of CrossFit to move functionally with different elements.”