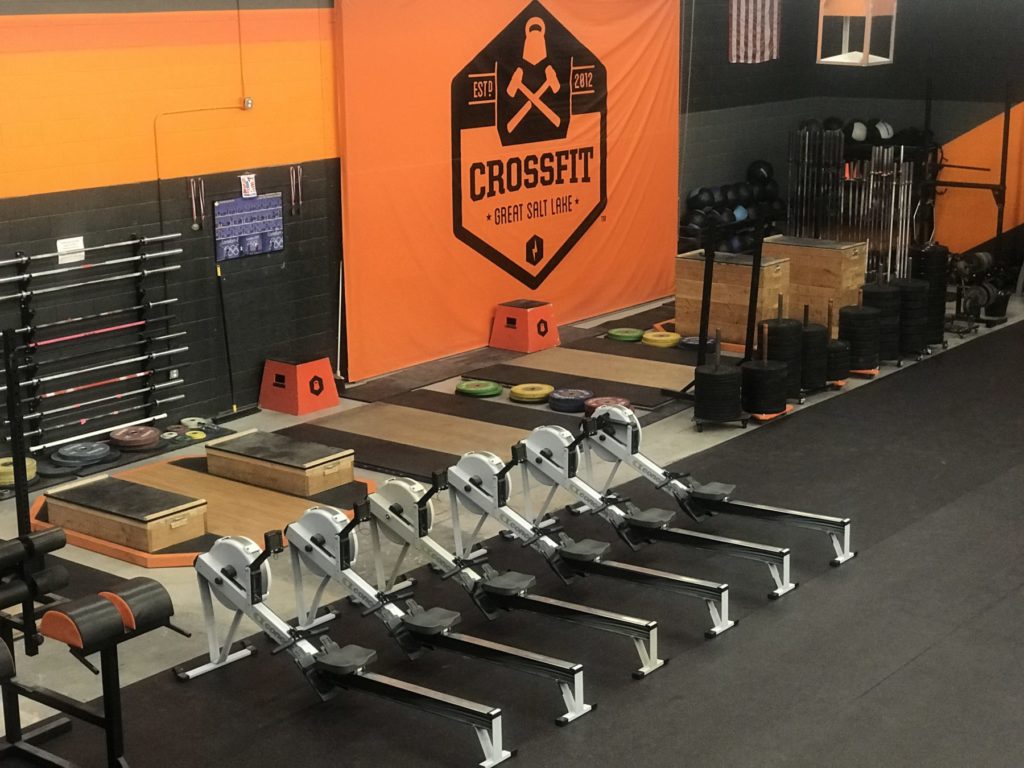 After six months as a CrossFit affiliate owner, I was still covering a business loss each month just to keep the doors open.

What had I gotten myself into?

It turns out that making a profit in a gym is much harder than it appears on paper—even for an accountant.

Here’s what I learned and how I turned things around at CrossFit GSL.

I own a successful accounting firm, and our team of 20 serves more microgyms than any other firm in the United States. Working with hundreds of gyms, we’ve used tax consulting and cash-flow management systems to help owners find profit. With that exposure to the fitness industry, I was able to see patterns and determine what works for the most successful owners.

So, when I saw some signs that my home gym might be failing, I reached out to the owner to give him some unsolicited advice. His response was unexpected. Instead of saying, “Thanks for sharing. Have a nice day,” he said, “Would you like to partner with me?”

In CrossFit GSL, I saw an opportunity to work in the trenches and see if I could personally help a failing gym do the same thing my firm had done for our clients. Plus, I liked the idea of helping keep the gym open for the people who used it to stay healthy and fit. So in July 2018, I bought into a failing gym that had never had a profitable month since its opening in 2012.

I became the proud co-owner of a failing gym, and I actually paid money for the privilege of funding the monthly losses.

But I was confident. I knew the financial side of things really well, and I knew which revenue streams to add. I knew we needed to analyze current services and determine which, if any, were profitable. I knew we needed to look carefully at each expense. All of this was in my wheelhouse, and I was optimistic that it would be easy to fix this gym while I improved my ownership skills in a few other areas.

Here’s the reality: I did not understand how much employees and culture would contribute to the success or failure of the gym.

I thought the current staff would be happy I was coming on to help keep the doors open.

I was met with skepticism and indifference to our gym as an organization. A lot of coaches were only interested in maintaining the status quo—just going through the motions and collecting their pay. Most of us have a deep desire to avoid change, and these coaches were no different.

But change was going to happen. It had to. If things didn’t change, the gym couldn’t stay open. That was clear.

We needed to profit so we could focus more on the members instead of struggling to survive.

So we made changes. Lots of them.

I expected that after a few months the changes we had made would reduce our monthly net loss and bring us closer to break even.

It took another few months to realize that a handful of entitled, poisonous coaches were standing in the way of all the good things we wanted to accomplish. I had the financial knowledge, but I didn’t realize the importance of staff buy-in. I didn’t connect the dots to see that changing our culture would be impossible if we kept these employees..

All our attempts to establish standard operating procedures, improve the flow of each class, implement one-on-one meetings with members, and introduce personal training and nutrition services failed until we got rid of these coaches.

We wasted six months of effort because we didn’t clean house soon enough.

I wish I could say that these coaches were so obviously bad that we didn’t lose members when they left. But we did lose members, and it hurt initially. Then the dust settled after a few months.

Through it all, this numbers guy learned that coaches are a critical part of the culture of a gym. They have to be on board with the owners’ vision. Those who aren’t need to go.

When I became a 50 percent owner, rent expense and coach expense were 115 percent of total revenue. That means the gym wasn’t making enough money to cover even the two most basic expenses: rent and staff.

I got to work right away cutting expenses. We weren’t profitable, so we had only two options: Increase cash coming in (revenue) or decrease the cash going out.

There are only two types of expenses. You have probably heard the terms “fixed expense” and “variable expense.” A fixed expense is something that costs the same amount of money each month regardless of how much income you have (such as rent). A variable expense changes with the amount of income (the cost of buying the supplements you sell, for example).

I give you permission to avoid wasting any time worrying about this accounting jargon.

So here’s the tip. I had to cut expenses, so I went through the last 12 months of bank and credit-card statements and asked this question of each expense: Does this expense allow my gym to produce value or not?

We shaved off a lot of expenses. We got rid of website hosting fees from a service we weren’t even using. We consolidated our music services to just one provider. We reduced our merchant processing fees by getting rid of a PCI compliance fee that stays largely hidden on the monthly report sent to us.

We also evaluated the profitability of each class. If a class didn’t have enough attendees, we were not in a position to keep it open. Remember that we already didn’t have enough revenue to cover staff and rent. So we rearranged and reduced our class schedule.

We also needed to reduce a productive expense: rent. The previous owners had locked us into a lease—one we ultimately couldn’t get out of. They made a common mistake I’ve seen many times when working as an accountant: A gym owner has 1,500 square feet and is maxed out with 12 members in a couple of classes. So he or she decides to get a bigger space—much bigger.

In our case, the previous owners jumped to a 7,000-square-foot facility. With no system for onboarding new members or even getting interested people into the gym, they somehow thought they would quadruple their membership during the six months of free rent they had negotiated. That didn’t happen.

Speaking as an accountant again, please be careful when moving to a bigger space.  Plan it out. Get a road map to execute. And please make sure you are maximizing your current space. You need to be bursting at the seams everywhere, not just dealing with one or two full classes.

Getting rid of nonproductive expenses, cutting poorly attended classes and trying to renegotiate our rent rate were all measures to control the cash going out. But after doing all that, we still didn’t have enough income to cover expenses

After we reduced every expense we could, we still weren’t profitable.

The beauty of our approach was that we knew for sure we needed more members because we had examined expenses first. We clearly needed to address profitability by increasing revenue.

In our accounting firm, we sometimes see gym owners who have great revenue and simply need to trim the fat out of their cash flow to reach profitability. But the other scenario—mine—is not uncommon either.

We simply needed more members. So we started a marketing program. (And not one of those bait-and-switch, free-but-not-really-free programs.)

Please note though that before we put money or work into bringing on new members, we made sure we offered a quality service, created solid onboarding systems and installed standard operating procedures for staff. Without that foundation, any money put into marketing would have been wasted.

While we were trying to fix those things, we got 46 new members and lost 48 in a nine-month period. Remember that it’s hard to get new members, so we weren’t even treading water here even though our membership stayed almost the same. We were in a holding pattern but working very hard to battle a retention problem.

After things were fixed, we acquired 28 new members and lost just three in two months.

The lesson: Don’t blindly throw money at marketing. Marketing might not be the problem.

Over the previous seven years, my firm has consulted, advised, celebrated, and even cried with hundreds of microgym owners.

We got their tax burdens down, we helped them identify expenses that weren’t productive, and we helped them implement a cash-flow management system called Profit First. We’ve seen dramatic turnarounds and have proven that we can help gym owners become financially fit.

And now I’m working in the trenches to prove we can turn around a failing gym from the inside. I’m putting my money where my mouth is.

We are not quite at break-even yet. But we are so much closer than we were because of the lessons I’ve learned—lessons that I hope will help you.

One clear success: Our gym is still open, and it’s helping more people live healthy lives than it was a year ago. And that is worth fighting for.

Please keep fighting the good fight and improving global health one member at a time.

John Briggs is the founder and CEO of Incite Tax and Accounting and a co-owner of CrossFit GSL. His first book, “Profit First for Microgyms,” will be published Jan. 7, 2020. 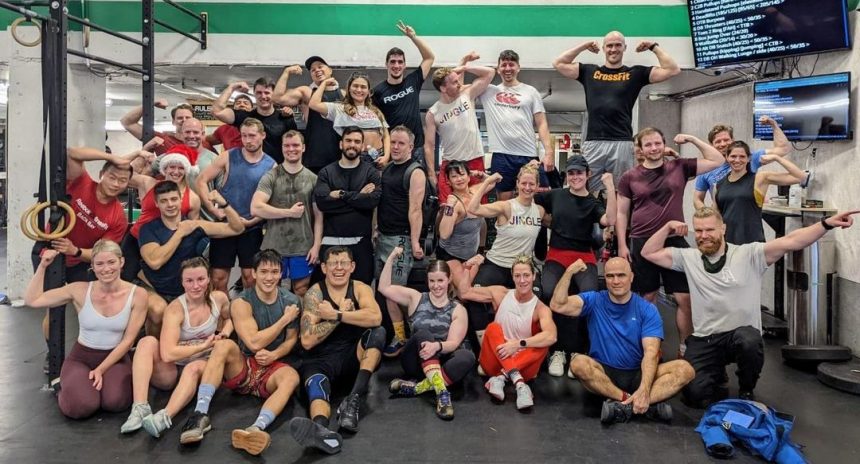