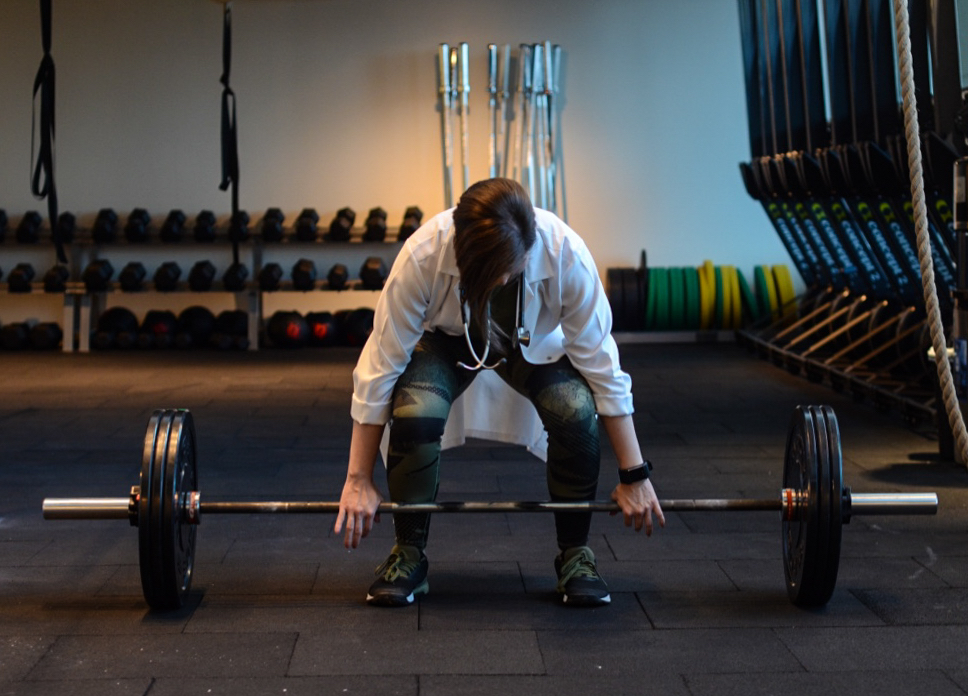 Dr. Mariam Tashkandi found CrossFit Alkhobar when she moved home to Saudi Arabia in 2016. Her goal was simple: To get fit. A year later, not only was she a whole lot more fit, but she had also turned her gym into her place of work.

She was so sold on CrossFit that in the following months, Tashkandi also became a CrossFit Level 1 coach and started coaching a few classes each week. She also began offering nutrition coaching, and somehow, she found the time to do a Master’s Degree in Sports Medicine at the University of South Wales.

Tashkandi recently moved to Edmonton, Alberta for her husband’s work, and her goal is to offer a similar service in Canada as she did in Saudi Arabia. First, she must complete her Canadian medical licensing exams, which she is in the process of doing.

To be able to do this effectively, something told her if people came into the gym and saw her — instead of meeting her in a traditional, cold doctor’s office — and if they saw the supportive community, they’d be more likely to make those all-important lifestyle changes they needed to improve their health.

The results speak for themselves: In her three years running her clinic at the affiliate in Saudi Arabia, she helped a handful of Type 2 diabetic patients make significant enough changes to come off their diabetes medication. She also helped a Type 1 diabetic improve her health considerably.

Tashkandi also worked with multiple high-level CrossFit athletes, including the 2019 Saudi Arabian national champion Amal Alshahrani. Tashkandi traveled to Madison with Alshahrani as her nutritionist and even prepared food for her athlete. Preparing food has become a great hobby for Tashkandi, which is why she also offered a meal service at the gym.

Tashkandi’s message is simple: Healthcare needs to go beyond the traditional medical model, where the focus is largely on treating existing symptoms and conditions with medication. It needs to actively include preventative measures, including exercise, sleep and nutrition advice.

This is why she’s so passionate about continuing what she was doing in Saudi Arabia in Canada as soon as she can: To help as many people as possible manage their diseases and actually improve their health. Just like she did.