[Editor’s Note — In late-April, the Morning Chalk Up partnered with Reebok as part of their #PermissiontoPause campaign and gave the CrossFit community an opportunity to #LiftUpMyTrainer by nominating coaches to be spotlighted on the Reebok Home Workout Hub. We received more than 1000 nominations and today it’s our pleasure to announce the winner and tell her story.]

When the Morning Chalk Up got in touch with Brandi Forbes from CrossFit Hermitage, the voice on the other end of the phone line was infectious and optimistic. It’s clear this woman embodies Rebook’s vision of the #LiftUpMyTrainer initiative, a coach who’s transcended the restrictions of training during a global pandemic.

We’ve actually met Brandi Forbes from Nashville, TN before, when her affiliate was completely demolished by a tornado in March.

Yet there was Brandi, rallying her community and coaching the very next day in a local park.

Their story IS a remarkable one.

One member who nominated Brandi to be recognized by Reebok told us:“From the moment her business was destroyed, her first thought was about us —making sure we stayed on track.”

It’s been a tough year for the CrossFit Hermitage community. First the tornado, then COVID-19 but amazingly, Forbes is still optimistic.

Her biggest concern though wasn’t the financial loss, instead, it was making sure her members could continue training.

If all that wasn’t enough, two weeks after the tornado, all members of CrossFit Hermitage were issued a “safer-at-home” order and gyms had to close due to the Coronavirus.

Brandi moved all her members to a “Remote Coaching” option with an assigned coach and personalized workouts. She also launched a 30-day challenge, purchased jump ropes for everyone who needed one, held weekly motivation calls and virtual mobility sessions, hosted a few online game nights, and now finds herself in the midst of a month-long “May Marathon” where athletes have two weeks to log 26.2 miles, individually or on a team.

What next? “We have a new temporary space and we’re working behind the scenes to paint, get flooring and equipment, and prepare for a slow and controlled post-COVID reopening with the rest of the county,” Brandi said.

Their previous location has now been bulldozed down to the concrete slab and CrossFit Hermitage is also in talks with the former landlord to return one day.

Ok, we want in and asked Brandi, what keeps her so motivated? “It would be so easy to give up right now,” she admits. Ultimately, it’s her members who keep her motivated.

Brandi said she’s in the business of empowering others and showing people they are more capable than they think. She described her members as “family” and clearly, from the overwhelming nominations, they feel the same.

Paying it forward: The Reebok team and the Morning Chalk Up clearly aren’t the only ones motivated by Brandi Forbes and her community at CrossFit Hermitage.

David Syvertsen, owner of CrossFit Bison in Midland Park, New Jersey donated the $4,000 his community raised through the Support Your Local Box fundraiser to CrossFit Hermitage.

Call it karma, but it echoes the sentiments of Brandi’s modus operandi: “We’ve said for years that this community would walk through fire for each other, and it’s true; the amount of love and support pouring from our members, our local CrossFit community, and honestly people we don’t even know from the broader CrossFit community has been nothing short of amazing.” 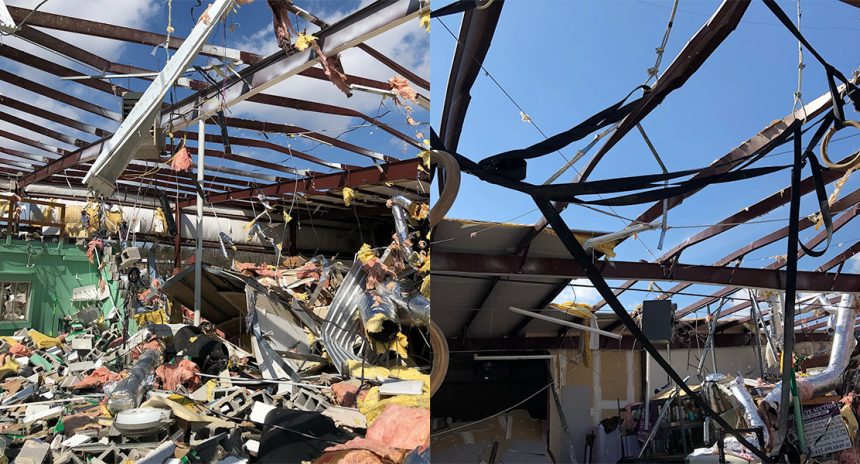