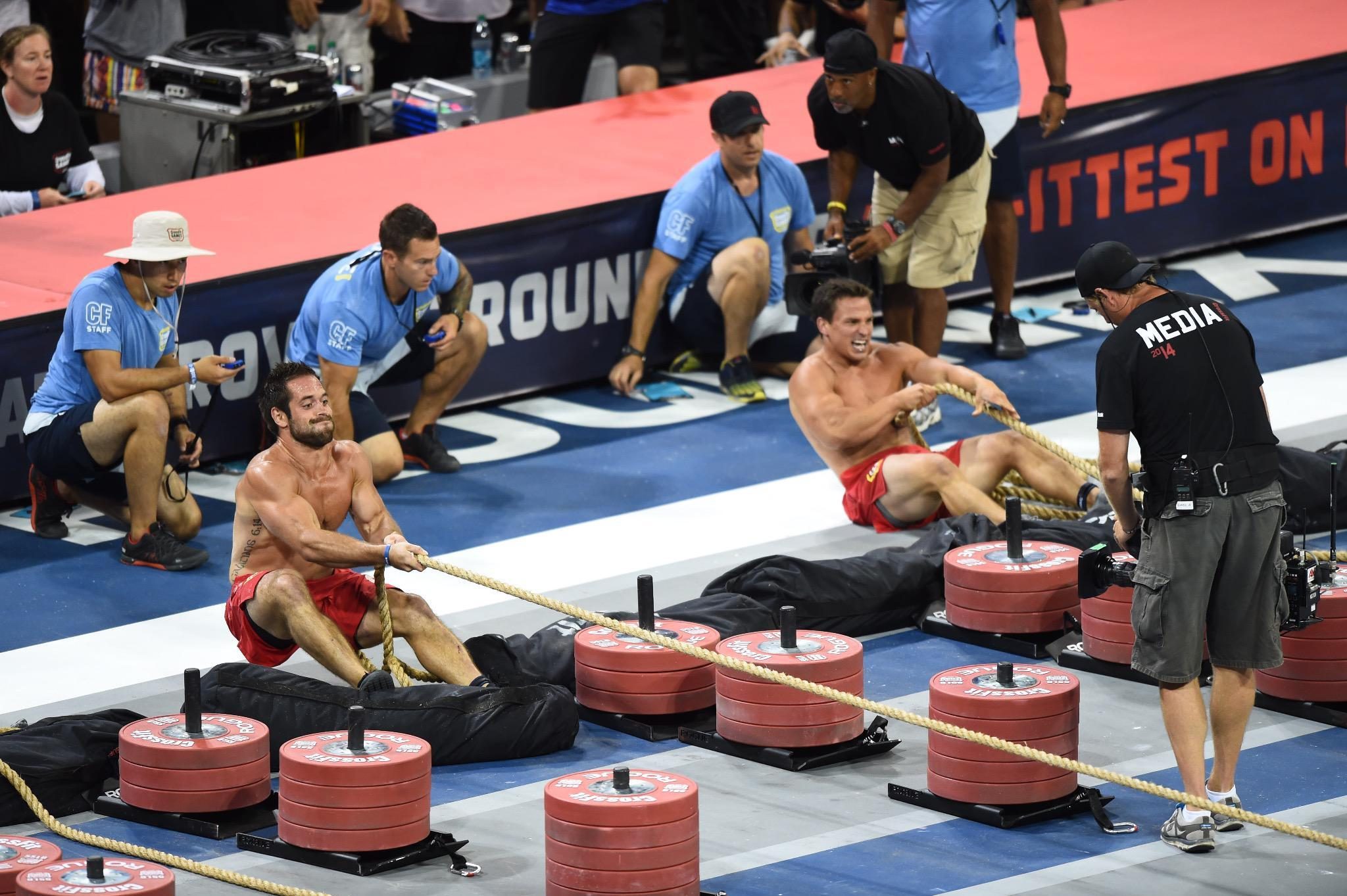 The tennis stadium in Carson was one of the most iconic venues in all of CrossFit. When the sun went down and the lights came on was unmatched. Only 13 points separated first place rookie Mat Fraser and fifth place, 3x champ Rich Froning. Rich was reeling and was knocked back on his heels when the now infamous, “Push Pull” was announced. The event was unique, challenging and just what Rich needed to get back into contention for Sunday. Josh Bridges, however, had plans of his own.

Three heats of “Push Pull” had already taken place with the fourth and final heat ready and waiting in the wings. But first, in true CrossFit Games fashion, the National Anthem was going to be sung and final heat would start immediately following. Ben Stoneberg got off to an incredible start and was blasting the field on the deficit HSPU but struggled a bit with the sled pull. Rich Froning started at his usual consistent pace and slowly began to reel in on Stoneberg.

Three rounds went by, Rich made his move on the 3rd sled pull and jumped ahead of Stoneberg to take first in the event and a chance to bank a much needed 100 points.

Coming into the fourth and final round it was Rich Froning to the wall first followed by Ben Stoneberg and well behind was Josh Bridges. The strict HSPU reps have increased to ten at a ten-inch deficit. Rich and Ben broke, a few times; Josh Bridges kicked up and fought for every single rep to knock out 10 unbroken. Bridges came off the wall and to the final sled pull first, but Rich Froning was hot on his heels. It all came down to a final sled pull across the tennis stadium floor to determine who was going to win the event. Rich’s sled slowly began to catch up to Bridges as the crowd jumped to their feet and screamed with anticipation. Fifteen feet away, Rich’s sled gets closer, ten feet away, Rich and Bridges’ sleds are now even, five feet away, Bridges’ sled hits the sandbags first and he quickly leaped onto the finish podium just seconds ahead of Rich and let out a yell that would frighten the Gods on Mount Olympus. Rich came up behind Josh and they embraced in a bro hug that would make Arnold Schwartzenger and Carl Weathers blush.

When the dust settled, the 2nd place finish for Rich gave him the overall lead going into Sunday. But Saturday night and eternal glory belonged to Josh Bridges. Bridges’ 1st place finish in “Push Pull” would go down as one of the greatest event finishes in CrossFit Games history and will forever be immortalized with the unforgettable celebration of Josh Bridges.

The second-place finish in the event put Rich Froning into first place overall going into Sunday. And, this was the greatest of Josh Bridges event win celebrations, which is to say yhat it was pretty epic. 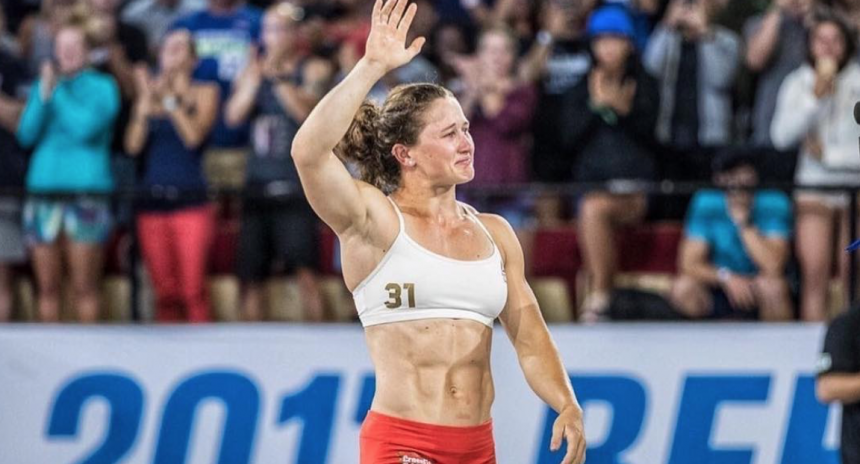