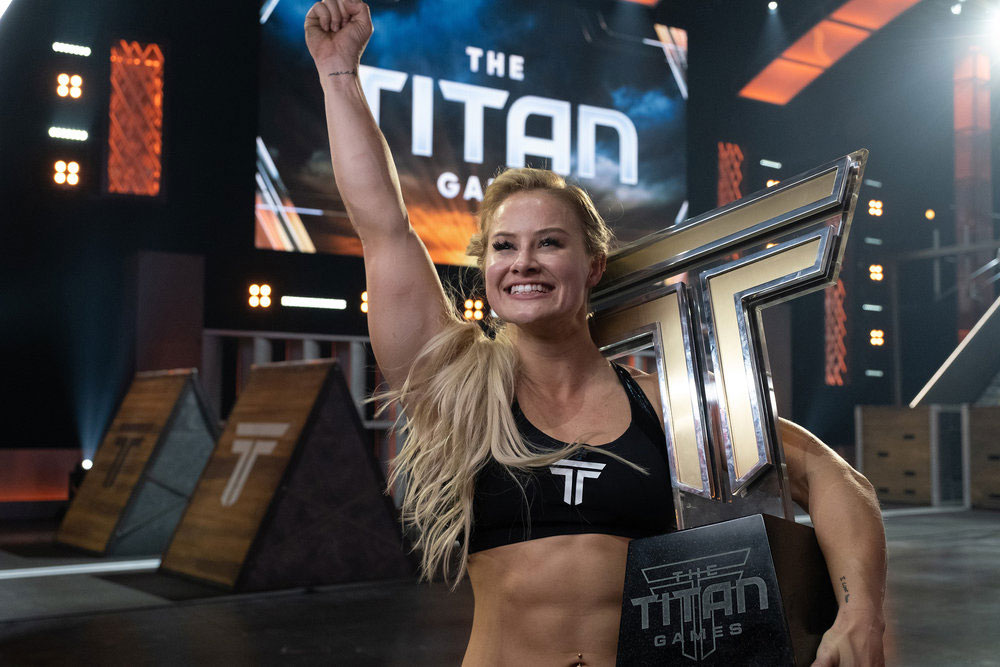 Matt Chan and Dani Speegle’s last obstacle this past Monday was raising The Titan Games trophy over their head as fireworks went off behind them in the Atlanta Metro Studios and with that, the second season of the popular competition series came to a close as both were crowned champions. CrossFitters dominated even though the name of the methodology was hardly uttered throughout the 12 episode series. That fact aside, our analysts Patrick Clark and Tommy Marquez give their top takeaways from The Titan Games.

Going mainstream: Over 3.7 million people tuned into The Titan Games every Monday evening in primetime television for the last three months. That’s a lot of non-crossfitters who were introduced to popular athletes within the sport like Chan, Speegle and Margaux Alvarez for the first time. Their social media profiles received new followers and in the case of Alvarez, her wine-making business, G.O.A.T. Wine, saw an uptick in orders. The title of Titan should increase the name recognition for Chan and Speegle for potential sponsorship opportunities. Courtney Rochelle has also seen a dramatic increase in her social media and sponsorship profile within and outside the CrossFit space due to her run on the Titan Games that led to her being one of the three women finalists. Other CrossFitters on the show such as Kareem Brinson and Kelly Stone have seen their profile and celebrity rise despite their short time on the show. These new fans outside of the CrossFit community who were curious about these athletes’ fitness journeys will see how they got on the show and how they stay functionally fit through CrossFit and that builds the brand even more. CrossFit eventually becomes the winner despite the general silence about the sport on the NBC broadcast. The athletes have become ambassadors for the brand but on a much larger stage than CrossFit is generally used to.

Production value: Whatever direction HQ takes when it comes to broadcasting the upcoming and subsequent CrossFit Games, they need to take a page from what NBC did with their athlete video packages. You can’t tell me you didn’t shed a tear hearing Alvarez’s dealing and living for her sister after her passing or root for Chan on Mount Olympus knowing he almost had his leg amputated or even relating to Speegle’s confidence issues and dealing with a toxic and abusive relationship. HQ has done similar packages in the past leading up to the Games and in their post-Games shows. The lack of those packages were noticeable during last year’s Games. What NBC did was show us a side of the athletes that humanized them and made us want to root for them. We became emotionally invested. The Titan Games were able to make these extraordinary athletes into ordinary athletes through this. Part of the beauty of sports is the storytelling and NBC was able to do that. One of the reasons the Games struggled in telling these amazing stories in produced promos or clips was due to the large number of athletes competing. This year with just ten total athletes they have an opportunity to do that and draw in interest to the athletes and their stories.

CrossFit Athletes Need To Be Taken Seriously: For years the CrossFit community has been steadfast in standing behind the legitimacy of the CrossFit Games contingency as elite athletes that should be recognized accordingly alongside other top athletes in sport. Even in the early days of the Games, when mainstream media and the fitness establishment played off CrossFit and the sport as nothing more than a fad, the greater CrossFit community knew that the physical capabilities of the CrossFit Games athletes was something truly remarkable. This season on the Titan Games, when placed on some common athletic ground, two CrossFitters outperformed athletes from the NFL, UFC, an Olympic gold medalist in boxing and snowboarding, and a professional stunt woman and Ninja Warrior legend. They did so handily. That’s not to take anything away from those athletes and their proficiency in their given sport, but the physical prowess of the elite CrossFit athletes when faced with a variety of tasks is undeniable.