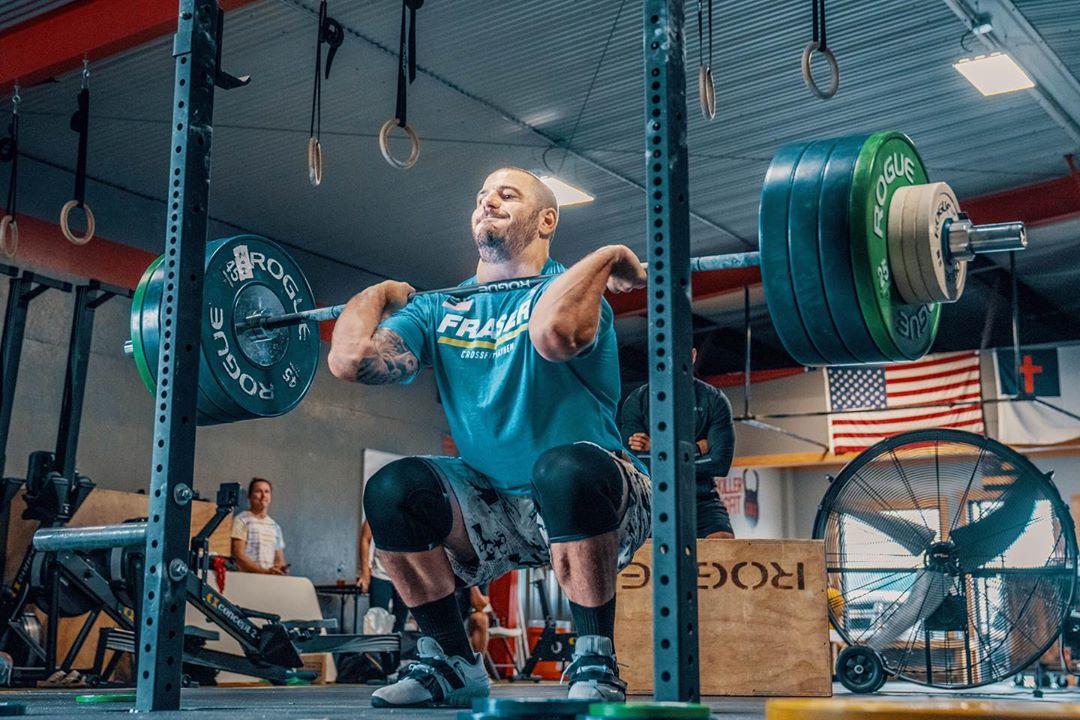 The first chapter of the 2020 CrossFit Games has officially come to a close and we now have the “Live Five” men and five women who will make the trip to the Ranch in Aromas to compete for the CrossFit Games title.

Seven tests across two days, and no shortage of leaderboard drama gave us razor thin margins separating athletes on the bubble inside the top 10.

Tia-Clair Toomey: No surprises here with Toomey’s performance. Three event wins, two more finishes in the top three overall, and really her only “slip ups,” came in the single modality tests of the handstand hold and 1,000 meter row where the margins between finishes were miniscule.

Brooke Wells: One of the biggest stories of the weekend was the bounce back Wells has had in shaking out the demons from getting cut at last year’s Games due to a penalty for stepping on the line during the sprint.

Haley Adams: She may only be 19 years old, but Haley Adams is no longer the future of the sport, today’s finish guaranteeing her a top five spot and potential podium at the Games in 2020 means she’s already part of the present.

Katrin Davidsdottir: Don’t ever count the women nicknamed “the sled dog,” down or out. Davidsdottir turned in the biggest comeback of the weekend, rallying from a 22nd place finish after block 1 to earn herself a top five finish at the Games for a 6th consecutive year.

Kari Pearce: After a slow start to the competition, the reigning fittest woman in the United States rebounded nicely to score some massive points when things turned upside down. She scored 184 combined points between Damn Diane and the Max Handstand Hold, the best total in the women’s field.

Mat Fraser: What else is there to say at this point? Mat Fraser showed up to a competition and won like he has done practically every time he’s competed for the last six seasons. Even still, he finds ways to destroy the men’s field in new and exciting ways.

Noah Ohlsen: Any questions about Ohlsen’s podium run can easily be put to rest after he backed his 2nd place finish up with another 2nd place finish behind Fraser in part one. After struggling to make the podium for so long, he has an excellent chance at back-to-back podiums.

Justin Medeiros: Holy cow, what an impressive weekend performance by the youngster from Modesto, California. The 21-year-old Medeiros showed zero signs of inexperience or ill-effect from his rookie debut that also involved poor air quality from the wildfires raging on the West Coast.

Samuel Kwant: When we picked Kwant as one of our Dark Horses to make it through to Aromas, a lot of people were skeptical about his chances to upset some of the bigger names in the sport, but that skepticism has definitely dissipated after Kwant closed the weekend with an average finish of 5th in the final three events.

Jeffrey Adler: Sometimes an athlete shows up and does something that catches your attention in such a way that you just know they are about to accomplish something great. That was the case with Jeffrey Adler back in October of last year when he won Open workout 20.4 worldwide.