Fans At The Games: If You Build It, They Will Come 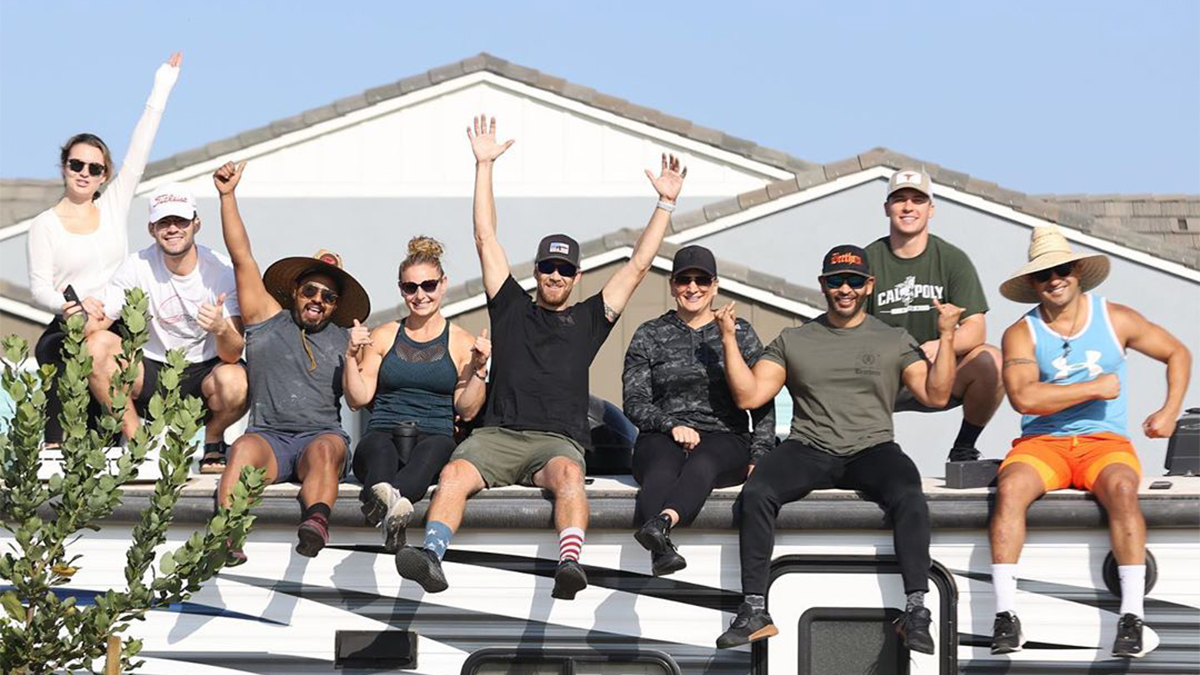 When CrossFit announced its plan to move the 2020 CrossFit Games back to California amidst the COVID-19 pandemic, it included the unfortunate mandate that no fans would be present for the competition.

Or so they thought.

By the time the afternoon events kicked off at the Morgan Hill Outdoor Sports complex (MHOSC), a noticeable group of fans had gathered outside the fence of the complex grounds, watching and cheering as if it were any other year at the Games.

One big thing: The MHOSC is a facility that’s easily accessible to the public and sits less than a mile from California’s famed Highway 101. Major CrossFit markets like San Jose and Santa Cruz – the birthplace of CrossFit – are less than an hour away making it a quick trip for plenty of fitness fans once word got out about the location and setup.

Back to the future: Seeing fans lined up along the fence during the broadcast, in camp chairs and RVs harkened back to the early days of the sport at the Ranch in Aromas, when most spectators and athletes camped out at the Ranch in tents, RVs, or in the beds of trucks on the property for the duration of the competition weekend.

“It’s cool, organically a crowd formed, and it’s been fun to watch,” reflected Tyson Oldroyd, longtime HQ employee and coordinating producer for the video team onsite, “I’m not surprised by it, and quite frankly if I was on the other side I would probably want to do the same exact thing, any CrossFitter anywhere in the world if the CrossFit Games was happening in their back door, they would wanna go be a part of that, especially this year.”