Let me start by saying this is 100% my opinion. This is not a news story.

And I’m also not here to browbeat CrossFit corporate either.

That being said, let’s begin.

“Take Care of Yourself” is a new holiday advertisement from Doc Morris, one of Germany’s biggest online pharmaceutical services, similar to services offered in the United States by CVS, Walgreens and Rite Aid.

The viral video features an elderly man seemingly disappointed with life as he reflects back on all the things he used to be able to do.

With a fresh breath of motivation, he heads down to the shed and drags out a rusty old kettlebell. He tries moving it off the ground but barely gets above his knees.

A new day breaks; his alarm clock dings at 7:45. He’s up and prepared to tackle the challenge of the day: moving said kettlebell a little higher, and he sets a picture frame up as a focal point.

The process continues as he trades side-eye glances from his elderly neighbor —  who I’m sure is either his estranged ex or other relation he’s on less than speaking terms with but still on full “I’m judging you from afar” terms with — until he locks up the shed and heads back into the house defeated.

Let’s pause for a second: How many of our uncles, aunts, parents, grandparents, obese siblings — you name it — have felt the pain of defeat or mortal humiliation at what their body can’t do? Or hitting even closer: how many of us have?

Now back to the elderly man.

Spurred by some internal kick that involved seeing someone lifting a Christmas tree — maybe also a relative — the elderly man is back, robed up in his fitness best, and for the next 20 seconds he goes full Rocky with the kettlebell, until his daughter interrupts.

The lone word in a nearly 3-minute long advertisement that serves as both question and answer:

But the real coup de grâce comes at the end as we finally see what the man has really been training for.

Leaning down, he picks up his granddaughter and lifts her high above his head to place a star atop a Christmas tree. A touching moment for sure, but it’s also a real moment playing out in homes all across the world because someone took grandpa or grandma, or mom or dad’s hand and said, “Come with me, we’re heading to CrossFit.”

Though it’s titled “Take Care of Yourself,” it would be more aptly named “That’s why we CrossFit”, and instead of a pharmacy, it would be CrossFit sending the global message of keeping the elderly out of nursing homes.

After all, it’s CrossFit and not pharmacies that rightly deserve credit for rehabilitating a functional movement like an overhead press. You certainly can’t find a fix for that in a pharmacy. 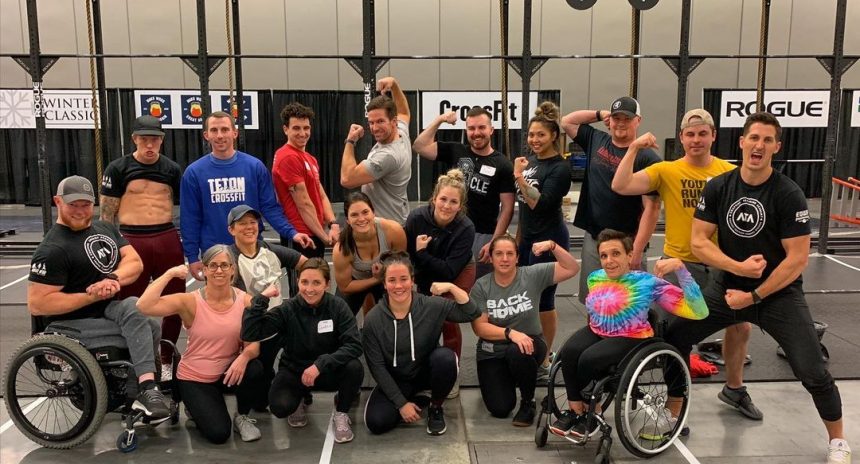