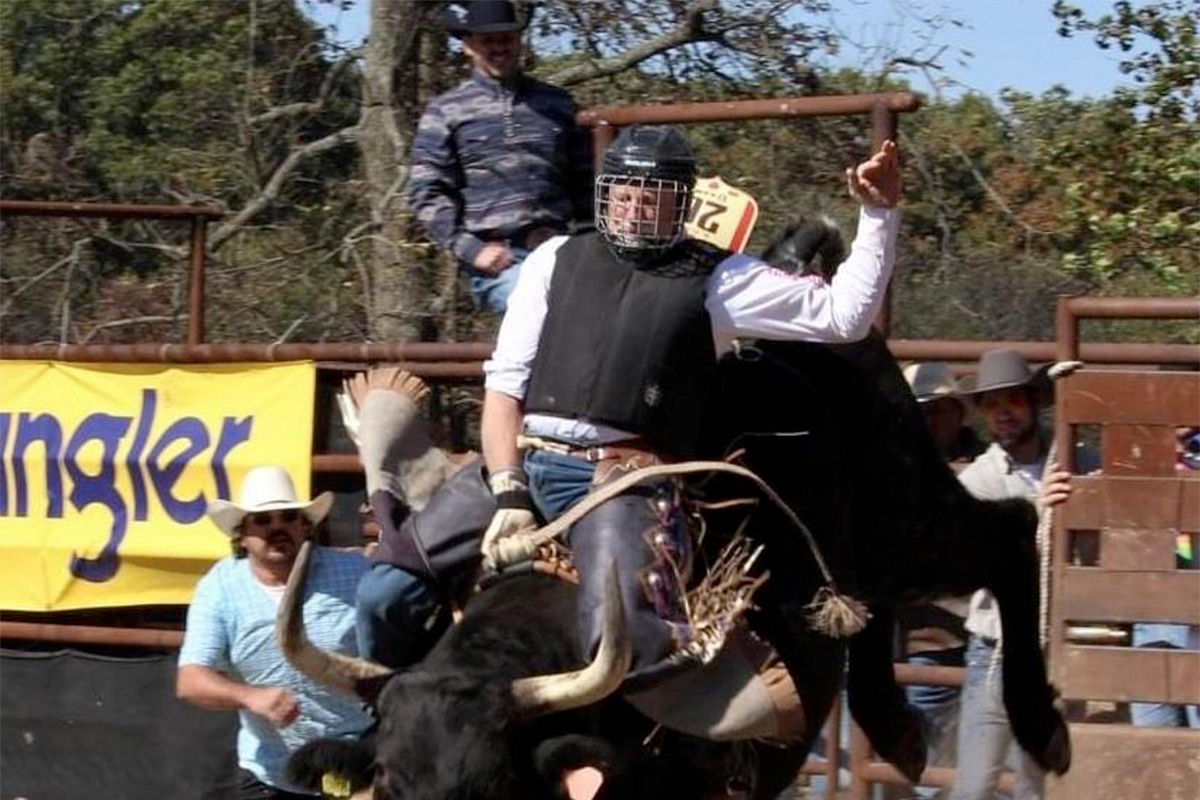 Two years ago, 61-year-old Wayne Boney never could have imagined returning to bull riding. But after two years of doing CrossFit five days a week at CrossFit Mayhem in Cookeville, TN, that’s exactly what he did this year. And then he went on to place third at the 2020 Military World Rodeo Championships on December 5 in Hope Mills, NC.

Not his first rodeo: A 20-year US Air Force veteran, Boney started riding bulls at the age of 16. He became a five-time World Champion during his career, taking a bare back title, a bull riding title, and two all-around titles along the way. He retired in 2000 before returning to the senior tour this year.

Some bull riding context: Three-time CrossFit Games athlete Sean Sweeney, a man who grew up team roping and saddle bronc riding in the rodeo, explained how dangerous bull riding can be, especially for those who aren’t physically fit. In fact, when we told Sweeney about a 61-year-old bull rider, his response was: “He must do CrossFit.”

One big thing: When Boney moved to Cookeville, TN, he had no idea what CrossFit was all about, let alone who four-time CrossFit Games champion Rich Froning, the owner of his gym, was.

Today: Two years since walking into arguably the most famous CrossFit gym in the world, Boney is very familiar with who Froning is, and he has even competed in two CrossFit Games Open competitions himself.

The big picture: Boney’s message to others his age is that fitness and competition can and should live on at 60-plus.