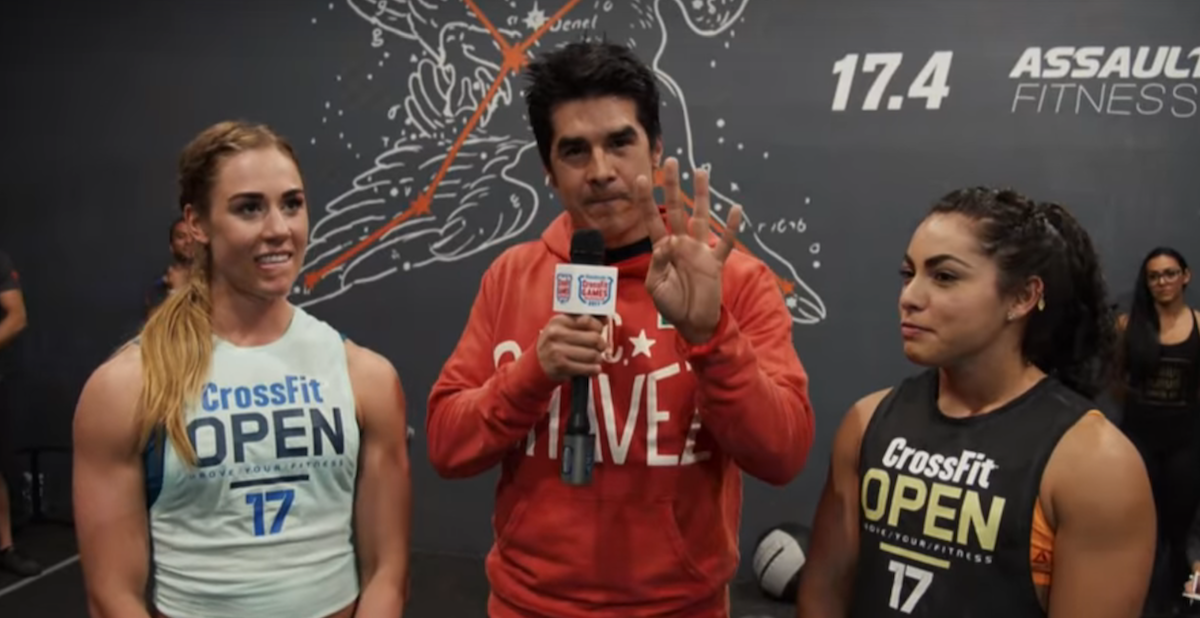 The CrossFit Open is approaching, creating excitement among community members about potential workouts. Dave Castro announced on Feb. 9 that the fan-favorite Open announcements will return, along with his signature style of delivery.

Remind me: Starting in 2011, the CrossFit Open provided community members with a multi-week test of fitness where they could put their results on a worldwide leaderboard. Along with the new set of workouts came Castro’s announcements, the majority of which featured top athletes going head-to-head moments after learning the details of the workout.

For the next two weeks, we will be highlighting the best moments from past Open announcements, looking back at some incredible races on the competition floor, standout performances from top athletes, and unforgettable Castro quotes.

Castro took CrossFit fans on a special trip to Cygnus CrossFit in Mexico City for 17.4. Brooke Wells joined him for the trip, fresh off her second consecutive appearance at the CrossFit Games. She faced off with Brenda Castro, a relatively unknown athlete, in a repeat of 16.4. Brenda, though, would make herself a household name with her comeback effort.

Brenda started her deadlifts quickly, cranking out reps at a rapid pace. Wells had a more deliberate pace with breaks mixed in. These two different styles sparked comments from the broadcast team and led to Wells finishing her deadlifts first. She headed to the wall and built up a 10-rep lead on the wall-ball shots.

Wells continued to lead during the second section of the workout. She finished her set of 55 reps at the 3:39 mark and hopped on the rower. Brenda finished her set at 4:01. Despite facing a deficit, Brenda continued pushing as the crowd chanted “Mexico.” Finished with 55 calories on the rower, she entered the handstand push-ups more than one minute behind Wells but implemented a blistering pace and bigger sets. Brenda erased the deficit and completed 55 handstand push-ups seconds after her opponent.

The two women hit the barbells for their second set of deadlifts with fewer than 10 seconds remaining and began a race to the finish. Brenda was hit with a no-rep right at the end of the workout, ultimately finishing one rep shy of Wells. Though neither play-by-play announcer Sean Woodland nor color commentator Pat Sherwood knew who had won.

Wells secured the win during the Open announcement and created expectations that she would continue to be a factor heading toward Regionals and the 2017 CrossFit Games. Castro, on the other hand, proved that she is a ferocious competitor capable of pushing the sport’s best.  Having her do so in Mexico City in front of a raucous crowd only made the moment more memorable.