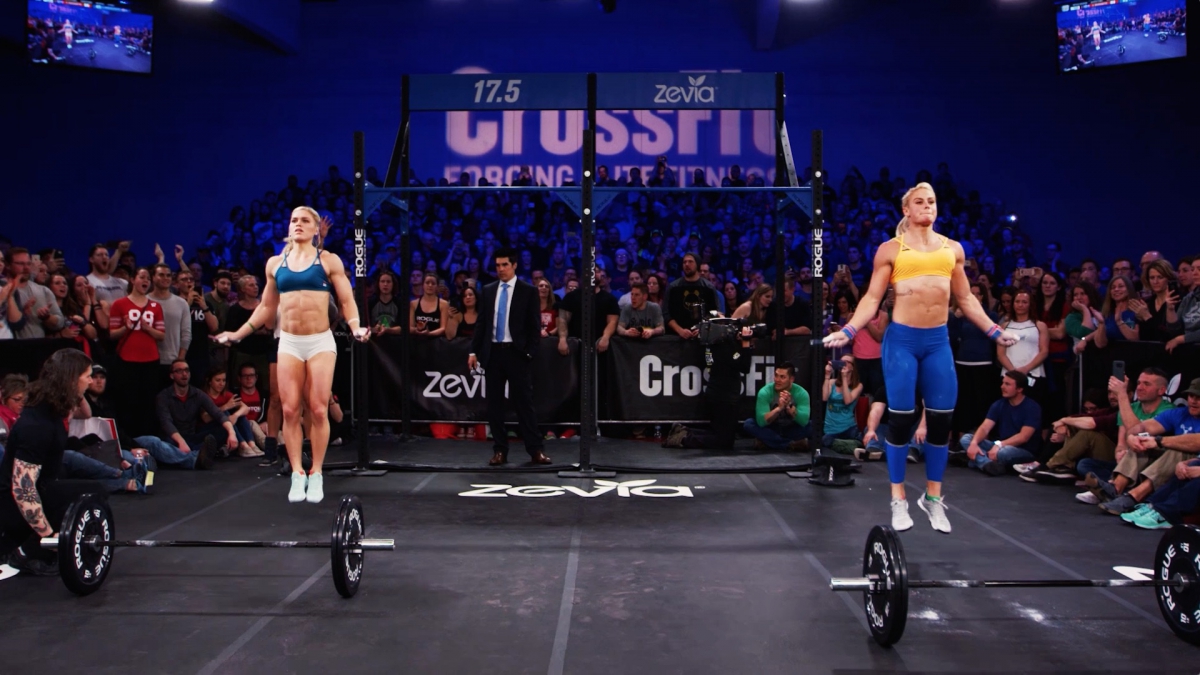 Many wondered if Sigmundsdottir would challenge her fellow Icelandic “Dottir” for the spot atop the podium, setting up a major battle to cap off the 2017 Open.

Davidsdottir and Sigmundsdottir joined Dave Castro for a special trip to Madison, WI, the new home of the CrossFit Games. This meeting in 17.5 was their second head-to-head battle during an Open announcement, following 16.4, but the two athletes faced major expectations due to the previous Games’ outcome. The show that followed did not disappoint.

Monona Terrace Convention Center served as the site of the Open announcement, packed to the rafters with a raucous crowd. These CrossFit fans wanted to see two of the sport’s best go head-to-head. The workout was simple — 10 rounds for time of nine thrusters at 65 pounds and 35 double unders.

Davidsdottir and Sigmundsdottir matched reps for the first three rounds of the workout, cranking out thrusters and double unders while a suit-wearing Dave Castro watched. Neither could truly gain an advantage early, which only hyped up the crowd. Though the situation changed shortly after.

Sigmundsdottir tripped at the start of her fourth round of double unders. This little stumble delayed her for a precious few seconds and allowed Davidsdottir to build up a slight lead. The defending champion responded by continuing to press the advantage.

Davidsdottir continued to hold a lead, which varied based on the movement. She was two to three reps ahead on the thrusters and eight to nine on the double unders. This pattern continued until the very final round. Sigmundsdottir used a blistering pace to erase the deficit, and she passed Davidsdottir on the final set of thrusters.

While the two-time podium finisher Sigmundsdottir reached the double unders first, she struggled with consistency. She tripped roughly midway through her set, reset, and then tripped once again. She continued to stumble throughout the final set, doing so for the final time with only two reps remaining.

Davidsdottir started her final set of double unders by tripping on the jump rope. This mistake dropped her to a 13-rep deficit, but she recovered and pushed forward. The two-time champion calmly finished out her set, took the lead at the last moment, and captured another victory.

With the Open announcement over, the two Icelandic athletes headed to their respective Regionals. Sigmundsdottir, who was training with CrossFit Mayhem in 2017, finished first in the Central region and made her way back to the Games for the third consecutive year. Davidsdottir finished second in the East region and headed to the Games to defend her two titles.