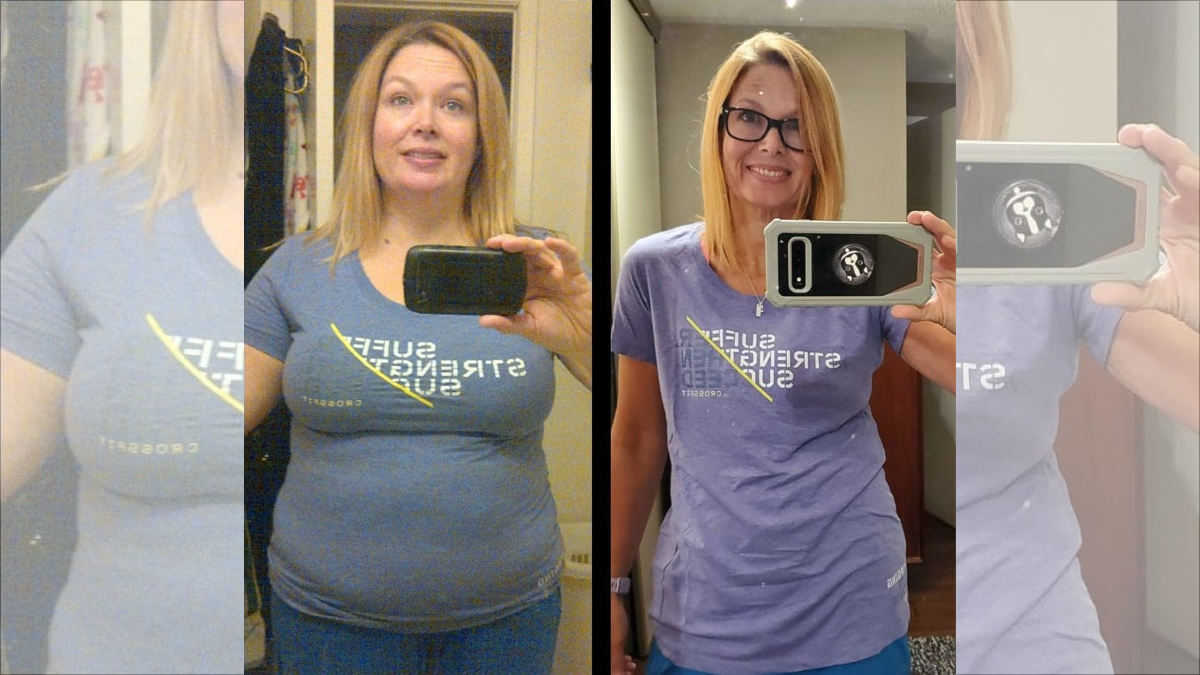 Lori Brozovich struggled with her weight for years. She wanted to lose weight, wanted to “get skinny,” she explained, but nothing seemed to work. And when she joined CrossFit Pickering in Ontario in January 2014, she thought she could eat more now that she was working out.

A new goal: The more involved in CrossFit Brozovich became, the more she started to become interested in learning gymnastics movements, like pull-ups, handstands and toes-to-bar.

What happened next: In December 2019, Brozovich committed herself to “make some permanent changes,” she said.

One big thing: Brozovich has transformed herself in the last year by doing Zoom classes at home and never actually stepping foot in the gym, as Ontario gyms have largely been closed since last March. Still, the community has been instrumental to her success.

Brozovich’s message: Find a purpose and something you’re passionate about, and then be consistent.