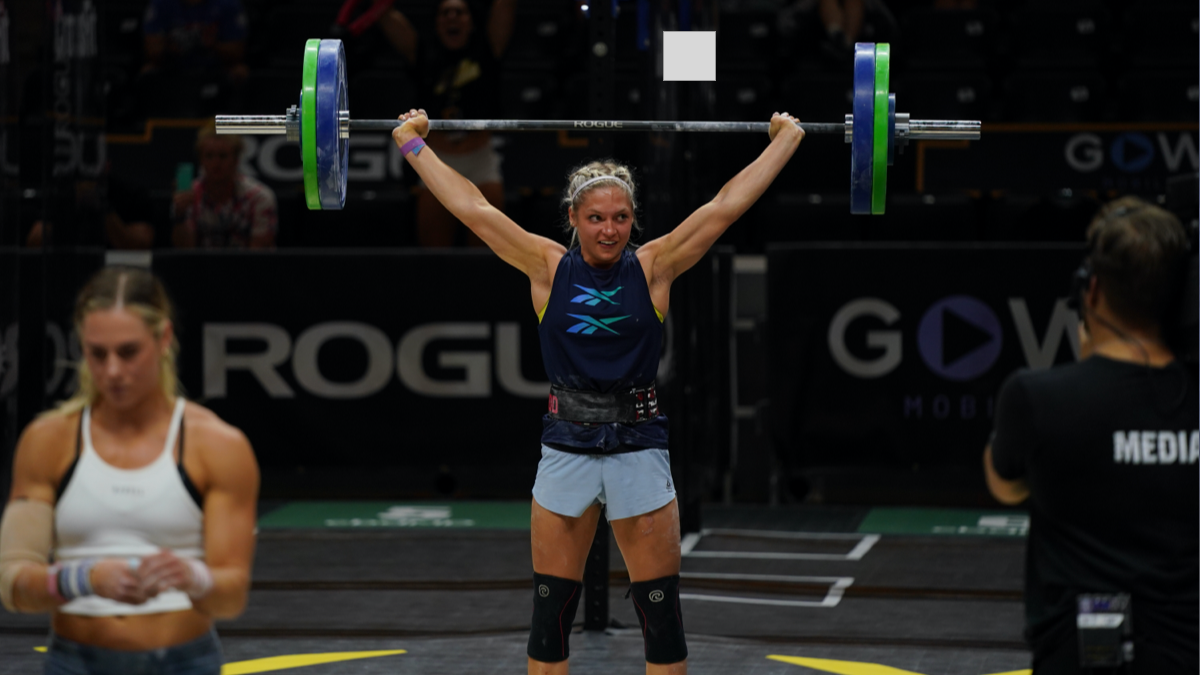 Coming off back-to-back top six finishes at the CrossFit Games, many people peg Haley Adams as an athlete who could potentially stand atop the podium one day at the Games.

The fact that she’s historically done that despite clearly not having top end strength relative to the other women she regularly competes with leaves a little doubt: will she ever be able to win if she doesn’t get stronger?

Adams took the floor for Event one of the Mid-Atlantic CrossFit Challenge, a 1-Rep Max Snatch against some of her biggest rivals, including Tia-Clair Toomey-Orr, Amanda Barnhart, and Brooke Wells, who are also some of the strongest women in CrossFit, and expectations for her in this event weren’t very high.

Adams hit 165 pounds with apparent ease for her first attempt today. Then hit 175 pounds with a little more uncertainty. An animated and intense conversation ensued between her and her coach, Tasia Percevecz, before they settled on attempting 185 pounds in the final interval of the event.

The exuberance and near disbelief on her face, coupled with the expression of pure joy on the face of Percevecz, and the animated jumping and celebration from Adams after dropping the barbell following the successful lift could only mean one thing, a PR.

And for Adams, who’s only real hole is that top end strength, the confidence to know that the work she’s been putting into her strength program is transferring to the competition floor should be a pause for concern for all the women who are trying to keep her off the podium at the Games this summer.

May 30 by Morning Chalk Up
More Profile