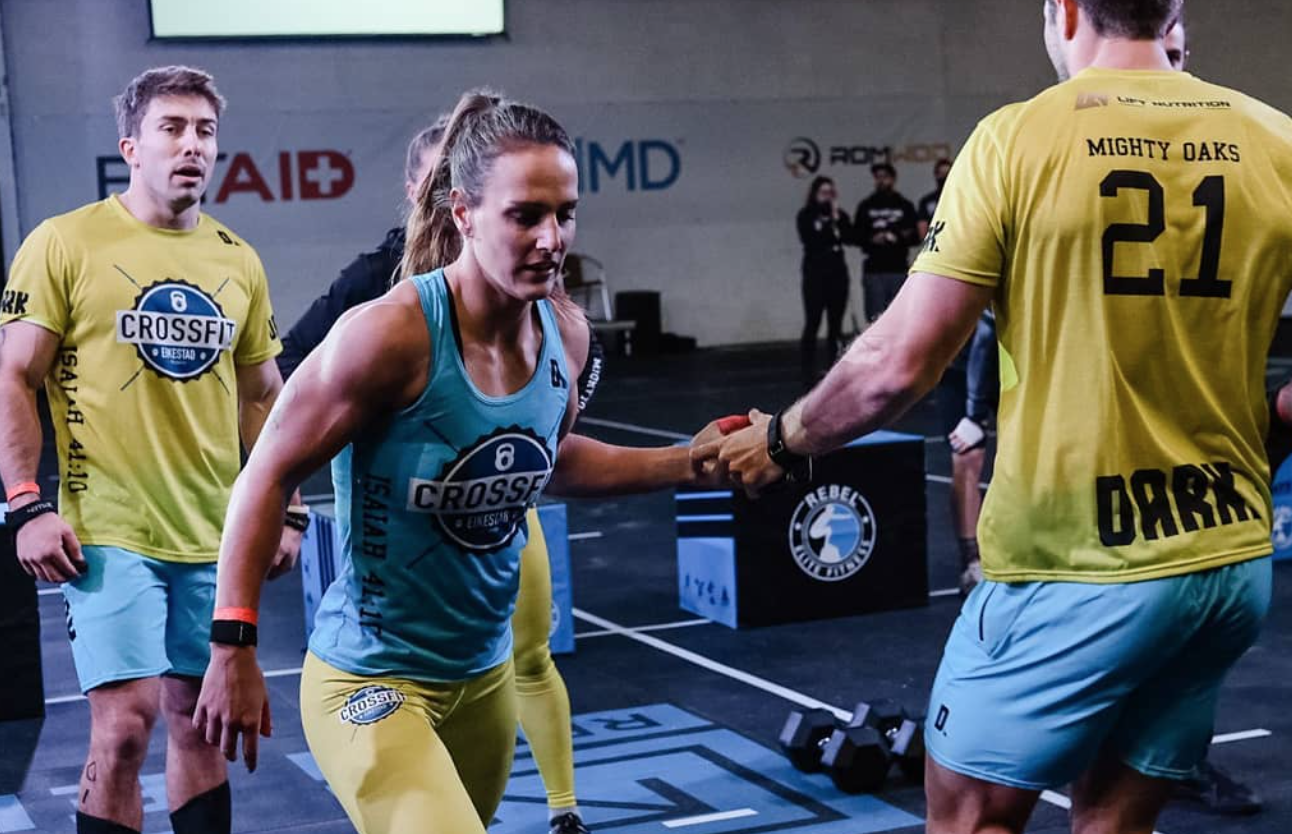 It was “moving day” at the Fittest in Cape Town Semifinal inside Woodmill Lifestyle Market in Stellenbosch, South Africa on Saturday. However only one division took advantage as the men’s individual and teams division leaders from Day One built upon their leads on Day Two while the women’s leaderboard was shuffled as all three divisions fight for coveted 2021 NOBULL CrossFit Games Invitation.

Michelle Basnett came into the Africa Semifinal as one of the favorites to win the lone Games invite from the competition but was in second after day one. On Saturday she turned a 16-point deficit behind Dina Swift into a 32-point lead over her fellow South African country woman at the end of the day.

Jason Smith continued to dominate the men’s field, extending his points lead to 52-points at the conclusion of Day Two. The two-time Games veteran picked up another event win, his third in five events, winning “Double Trap Pt. 1”. He added runner-up finishes in the other two events of the day.

Teams also got three events to prove their fitness and score points to move up the leaderboard. Day Two for FiCT opened up much like the first day with teams taking on another machine. However, they had to perform 50 ring muscle-ups followed by 50 synchronized dumbbell box step-overs.

On tap for the final day: Sunday’s action starts at 2:30am EST as both the teams and individual divisions each set to take on two events.