Stand Up Paddle Board? Not So Fast Says Castro 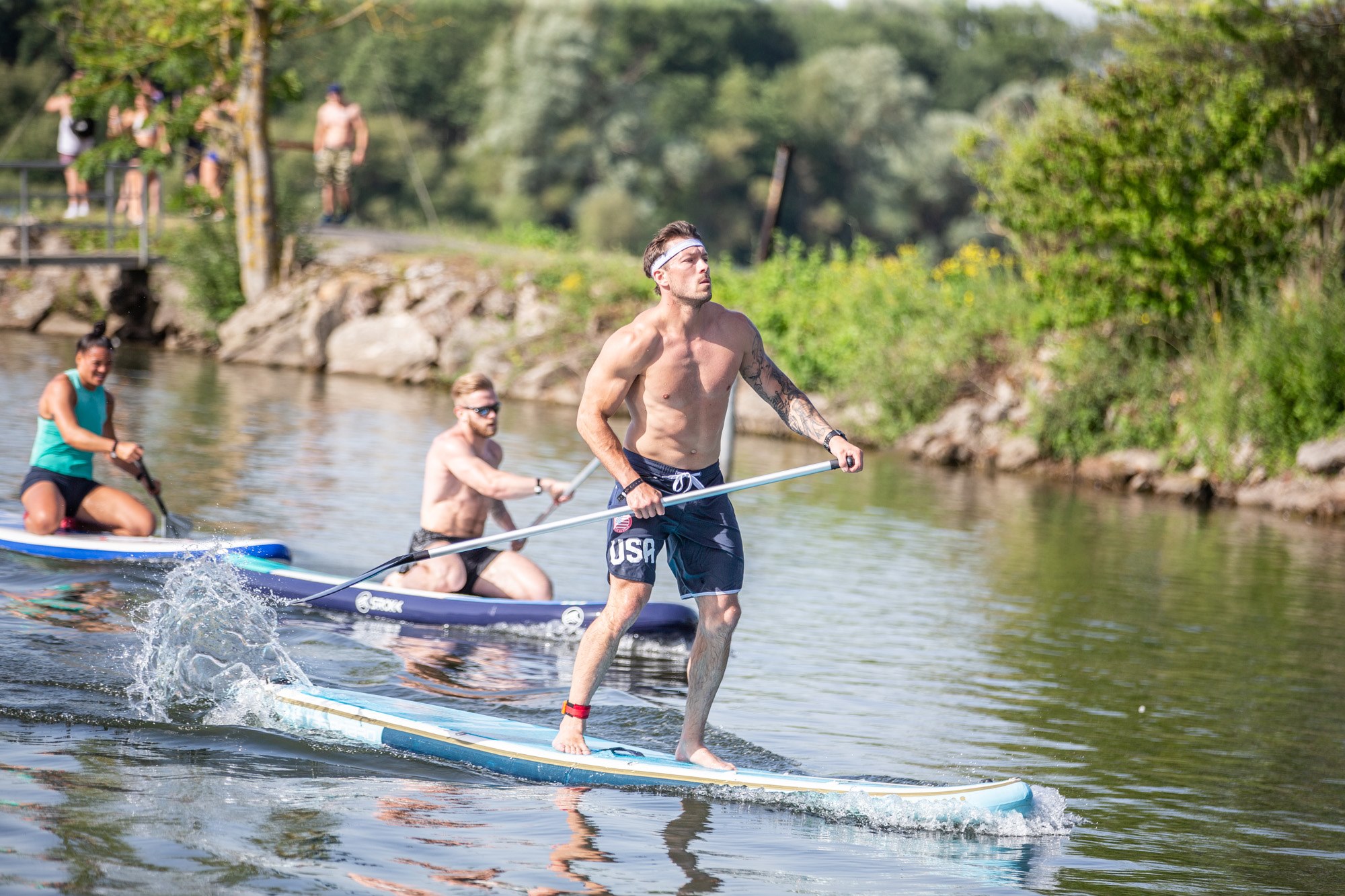 Earlier last month, Director of Sport Dave Castro weighed in on the issue of stand up paddle boarding, explaining why it had not been programmed in the CrossFit Games.

What he said: “The standup paddle board would take more skill specific to that sport and to that, way more than asking people who have never been in the ocean or never been on a paddle board to lay down on the paddle board and just paddle,” Castro said.

Why it matters: After Castro revealed, on July 4, that event 1 would be a “swim distance long…and paddle, distance even longer,” there has been rising speculation that it would be a stand up paddle board.

For what it’s worth: The 2019 French Throwdown sanctioned event programmed paddle boarding with a paddle but did not require athletes to stand up. Many athletes remained on their knees.