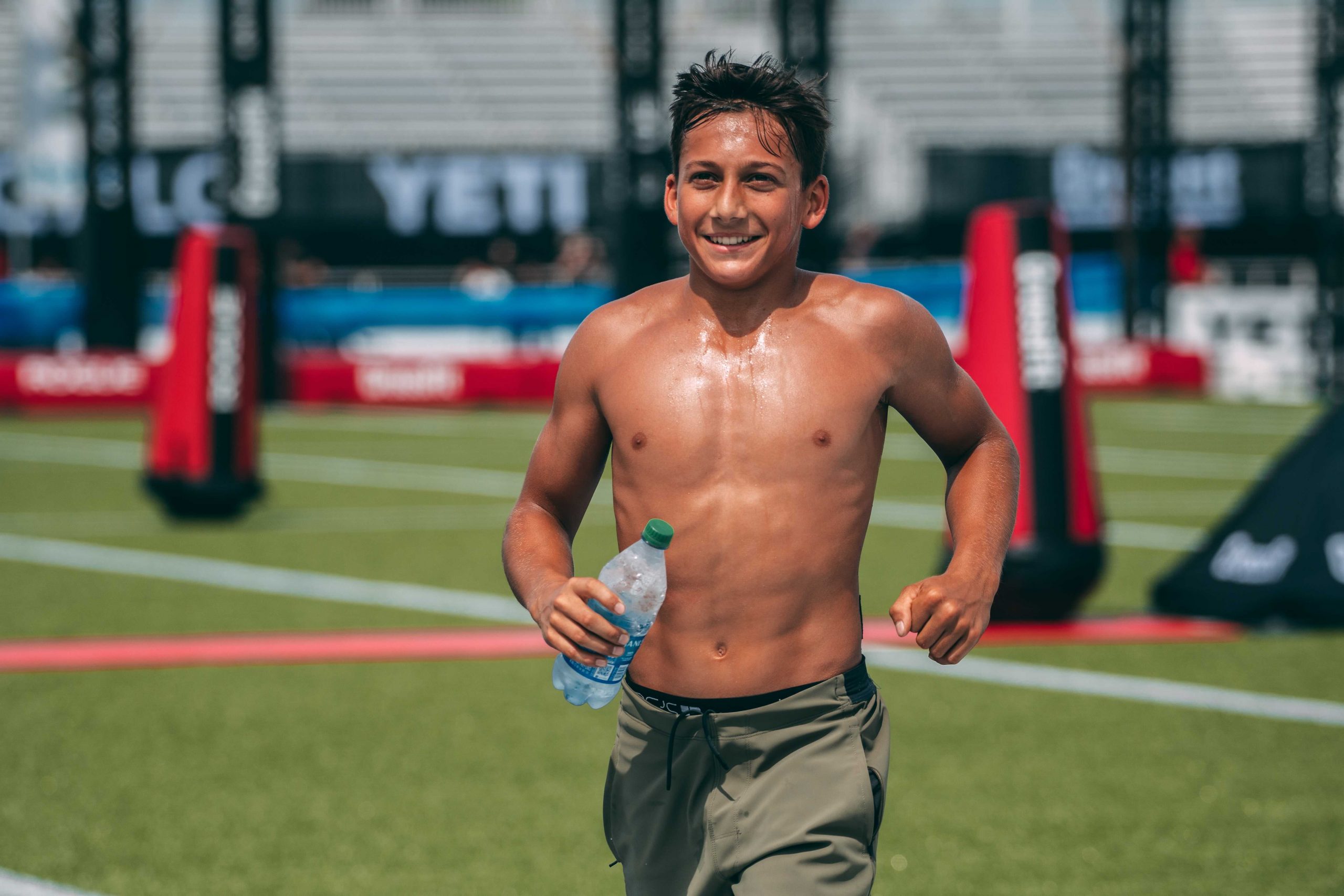 As the Age Group and Adaptive divisions took center stage to kick-off the 2021 CrossFit Games, there was one teenage athlete that stood out from the crowd. 15-year-old Kaiden Hogan, who crossed the finish line without a soul in striking distance, winning the 3.75 mile run event for the 14-15 division.

One big thing: Right from the beginning, Hogan separated himself from the pack. You might expect him to have a background in running or maybe an endurance sport, but that’s not the case here. He jokingly said he’s just a good runner, but there’s no real reason for it.

Shoes sweeten the deal: The win for Hogan was made a little more exciting by the fact that he crossed the finish line with a pair of Reeboks on his feet.